Why augmented reality is set to change manufacturing in the UK

In the digital age, what is the best way to grow a business? Adopting the newest and best technologies, says Radwell International. 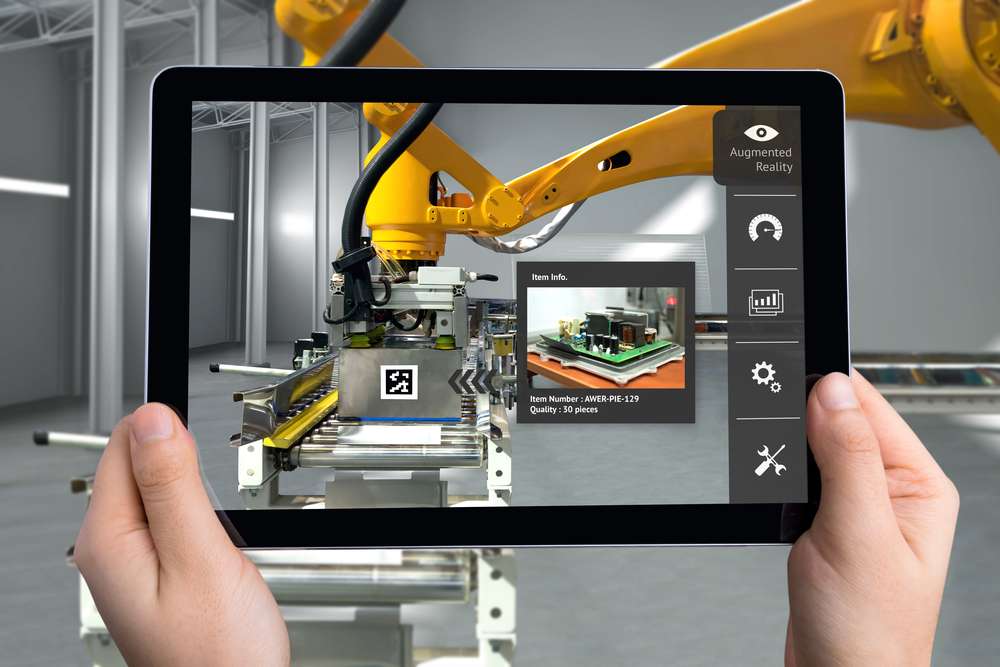 For this reason, enterprises and manufacturers in the UK have ventured into what is now known as Industry 4.0. These are 'smart factories' which incorporate cloud computing, the Internet of Things (IoT) and cyber-physical systems, among other tech advancements. In addition, many manufacturers have started to realize the benefits of implementing augmented reality (AR) to assist their production lines.

AR systems, which first emerged in the early 1990s, integrate digital elements within your real-world view. They have had an impact in a variety of fields, including health care, entertainment and gaming, among others. Through immersion in AR, the manufacturing industry in the UK has also joined the ranks of these markets, with big implications for maintenance, personnel training and production.

What Is Augmented Reality And How Does It Work?

This experience is seamlessly interwoven with the physical world in such a way that it is perceived as an immersive aspect of the real environment. In this way, augmented reality alters one's ongoing perception of a real-world environment, whereas virtual reality completely replaces the user's real-world environment with a simulated one.

Augmented reality (AR) may be the application that serves as the pivot point for IoT adoption because of its proven applicability and readiness for core industrial activities such as quality inspection, work instructions and training.

How AR is set to disrupt manufacturing in the UK

This brings us to the many different applications of AR tech in the fields of enterprise and business. For instance, construction workers could use AR wearables when measuring various changes, to identify unsafe conditions and even to visualize the finished structure or product.

The technology is used in the same way in manufacturing. The beauty of augmented reality is that you can use it to show much more than just content, digital characters or content. It can also provide overlaid stats, text and other information that is relevant to the worker's tasks. For instance, looking at a piece of equipment or furnace could show its running temperature, letting the worker know if it is too hot and unsafe to touch with their bare hands.

Just the concept of this groundbreaking technology sounds like it has been picked from a sci-fi movie, but it is our current reality. The truth is that, with time, AR devices will become more commonplace across various industries. Augmented reality glasses are expected to reach more than 19 million units by 2021, and, combined with the related virtual reality (VR) devices, the number could hit almost 60 million.

With that being said, it is important to keep in mind that the examples discussed here are only a tiny fraction of this technology's potential, particularly for product development and manufacturing. We will have to wait and see the direction that the AR market takes, as there are undoubtedly certain scenarios which we never previously imagined or even thought possible.

6 Common implementations of augmented reality in manufacturing and their benefits

Using augmented reality in manufacturing makes operations more efficient by quickly identifying problems, cutting down production downtime, providing real-time information to workers and keeping processes running. Let us delve deeper into a few of the ways in which AR makes manufacturing more efficient than before:

Traditionally, it takes many years of complex work for engineers at a fighter jet factory to assemble a single aircraft. However, with AR glasses, engineers have access to advanced capabilities through the use of cameras, depth sensors and motion sensors which take the real-world work environment and overlay images and information during work. As a result, engineers get to see renderings of part numbers, cables and bolts, as well as assembly instructions, greatly increasing their efficiency.

The real power of wearable AR devices in manufacturing and industry is their ability to deliver accurate data on the go. What's more, the information is provided within the operator's line of sight, leaving the technician's hands free to work without interruption.

In 2017, General Electric published a use case whereby a technician who was wiring the control panel of a wind turbine recorded their experience with manual instruction sheets compared to an AR headset. In the latter case, the technician was able to work 30% faster with their accuracy rising to 96%.

Factory floor technicians need to have real-time access to information so that they can swiftly deal with both inter- or extra-organizational problems that they face. If they run into any issues during the production process and need to consult a supervisor who may be out of the office or handling a different task, they may use a system such as Skype with HoloLens to capture the issue and enable them to receive remote help for faster resolution.

If you are a manufacturer, having augmented reality tech on your side ensures that your manufacturing employees can communicate all problems they encounter directly to your engineers. Additionally, they can view key performance indexes and diagnose and resolve any issues that may arise without slowing down production.

What if your maintenance personnel could see the exact hardware and equipment that may require servicing and get instant notification of potential issues that could arise? Better yet, just imagine if the system were expanded to allow them to see the dates of the last service, operation times, potential failure points, and more.

A member of your maintenance crew would only have to have an augmented reality device which would relay the information to them every time they were on the warehouse or factory floor. This eliminates guesswork from the process, making repairs faster and enabling faster response and recovery times, streamlining the entire operation.

Global manufacturing giant Bosch has been in collaboration with startup augmented reality technology company Reflekt since 2013, allowing the company to stay on the cutting edge with its manufacturing processes. Reflekt offered Bosch an application called the Common Augmented Reality Platform (CAP) to enable the manufacturer to handle a large range of tasks, including maintenance.

The CAP platform integrates seamlessly into Bosch's IT infrastructure, and those of its partners including Jaguar Land Rover (JLR) in the UK to display overlays of data to maintenance technicians. The information includes videos, augmented 3D diagrams, text and circuit diagrams to provide the information needed to quickly diagnose potential issues and fix them.

If you happen to face significant production downtime because of machines on your factory floor breaking down, you could be looking at losses running into hundreds of thousands of pounds. However, the use of augmented reality devices means that your team can quickly narrow down flaws in your system before they become major issues, allowing them to be fixed before they cause any downtime.

When they have AP applications on their mobile devices, the team can identify problems visually while on the factory floor so they can resolve them right away.

From time to time, manufacturers have to deal with returns and recalls of faulty or substandard products, resulting in huge losses. AR in manufacturing is set to have a massive impact on product quality. AR in quality control eliminates errors at every stage of the manufacturing process, reducing the risk of recalls.

Since 2011, Airbus has used the Smart Augmented Reality Tool (SART) in its manufacturing operations. By using smart glasses and the Skylight platform from Upskill, Boeing provides its workers with hands-free, heads-up assembly instructions, ensuring that they can work faster with a nearly nil error rate.

Martin Thomas, european marketing manager at Radwell International Ltd explains more. “With more manufacturers digitizing their processes to gain added accuracy and more efficiency, we will see an upsurge of wearables and AR on the factory floor. What is undeniable is that these technologies have evolved to a point where their value is apparent, and manufacturers are finding out how to use them intelligently.”