Diageo worker suffers bleed to the brain after work fall

Drinks company Diageo Scotland has been fined for safety failings after two workers were injured in falls at separate plants in Moray. 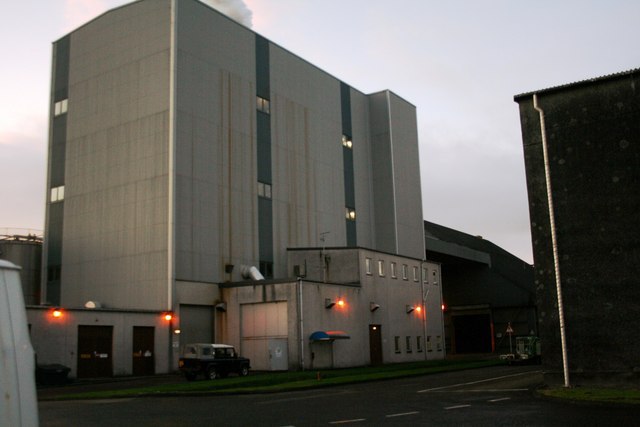 Robert Edward, then 51, fell nearly four metres from a portable ladder while clearing a blockage inside a chute in a grain silo at Burghead Maltings in King Street, Burghead, on 1 January 2012.
He was found unconscious on the floor by another worker and taken to hospital with concussion, a cut to his head and a dislocated finger. He had restricted movement in his hand but has returned to work.
Two months later, on 16 March, at Glenlossie Dark Grains Plant in Thomshill, Elgin, Peter Douglas, then 43, was standing on the engine bonnet of a loader shovel to wash the roof when he slipped and fell more than two metres to the ground.
Mr Douglas was taken to hospital suffering from a bleed to the brain and a shattered bone in his left leg. His short term memory has been affected, however he has returned to full-time employment.
Elgin Sheriff Court heard (23 Oct) that an investigation by the Health and Safety Executive (HSE) revealed that Diageo had failed to take sufficient steps to prevent the use of ladders in unsafe circumstances when clearing blockages at Burghead Maltings.
Diageo Scotland provided platform ladders for access but these were difficult to manoeuvre across the pipes and conveyors covering areas of the silo floor and to get them past the lights and ducting on the ceiling.
At the Glenlossie plant, HSE inspectors found that instructions on how to wash the shovel were passed down from one employee to the next during initial training to be a loader shovel operator. There was neither a risk assessment nor any written instructions for the cleaning of the machine as it was assumed by Diageo that this would be done solely from the ground.
Diageo Scotland, of Lochside Way, Edinburgh Park, Edinburgh, was fined a total of £18,000 after pleading guilty to breaching Regulation 6(3) of the Work at Height Regulations 2005 for the Burghead incident, and Section 2(1) of the Health and Safety at Work etc Act 1974 for the Glenlossie incident.
Following the case, HSE Principal Inspector Niall Miller, said: "Both of these incidents, which could have proved fatal for the workers involved, could have been avoided had Diageo Scotland Ltd ensured its employees were adequately protected from the risks associated with their jobs.
"At Burghead Maltings, Diageo’s management was aware of the blockage issue; however they failed to identify that a safe method of working was not in place and that unsafe practices for clearing blockages had developed.
"At Glenlossie, a discussion with a loader shovel operator on how it was washed would have identified the dangers to employees. The risk assessment on the use of the loader shovel should also have considered the risks associated with its cleaning.
"In both cases Diageo had provided work at height training, which included risk assessment training, and believed their employees should be competent to plan and carry out work at height. However, it is not sufficient for health and safety instructions merely to be given to workers; employers must also ensure those instructions are carried out.”
Picture of Glenlossie Dark Grain Plant
© Copyright Andrew Wood and licensed for reuse under this Creative Commons Licence.
MORE FROM THIS COMPANY