The robots are coming

In 1994, American scientist Marvin Lee Minsky, released a whitepaper which famously asked the question, ‘Will robots inherit the earth?’ While it may still be some time before we replace ourselves with androids, automation is having a significant impact on the way we work. Here, Jonathan Wilkins, marketing director of obsolete industrial parts supplier, EU Automation, predicts the impact of robotics on the job market. 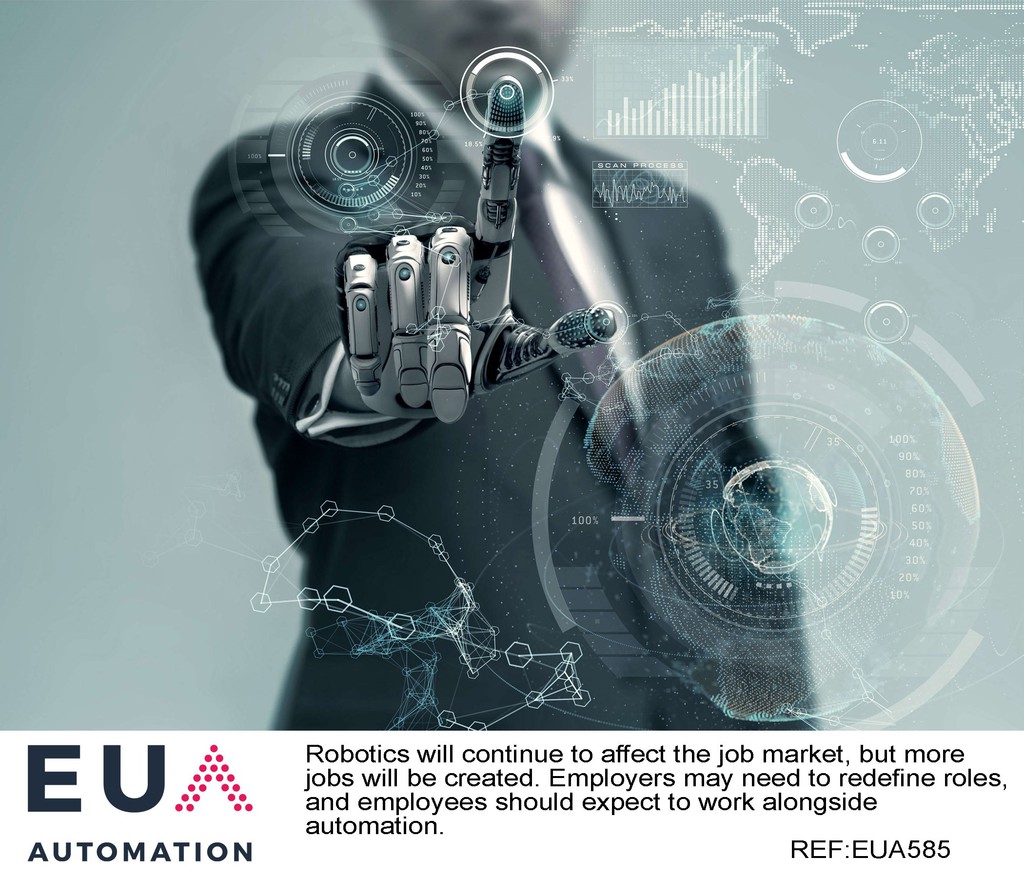 A recent report released by PricewaterhouseCoopers (PwC), predicted that by 2030 up to a third of UK jobs could be affected by automation and robotics. But, are robots really taking our jobs?

There has been much speculation on the true impact that robots will have on the workforce. While there is no denying that some job roles, particularly those involving manual labour, will cease to exist as more industries adapt automation processes, the benefits and bigger picture are often overlooked.

The potential application of automation varies between sectors. Research by the McKinsey Global Institute found that while 59% of manufacturing activities have the potential to be automated, the level of automation in customer service roles is as little as 30%. In 2011, a study by the International Federation of Robotics found that one million industrial robots had directly created nearly three million jobs. This surge in employment can be attributed to one key factor — an increase in productivity as the result of using robotics.

One of the key benefits of using industrial robots and automation is their ability to improve a businesses’ productivity, which leads to greater profitability and the creation of jobs. An example of this is the effect of the common ATM or cash machine. Many people feared that the widespread introduction of the ATM in the 1970s would see bank tellers lose their jobs, when in fact employment figures rose as ATMs reduced the overheads of many branches, meaning more could open. If productivity significantly increases demand for a product or service, job growth can be a direct result.

Robots do not have the ability to perform creative jobs yet, and while machine learning allows them to adapt their working patterns, most industrial processes are only partially automated. Human labour will always be required to program, install, monitor and maintain robots, creating a range of new job roles, departments and companies.

Automation will eliminate very few job roles in the next 10 years, but it will force employers to redefine them. With re-definition comes the need to upskill the workforce, something which is integral to a business.

For an organisation to truly benefit from automation, it must evaluate and rethink all its processes, which may lead to changes in its culture. This activity can be challenging, but it is vital that both the employer and workforce work together to achieve the goal. Without the backing of employees, automation is rarely productive.

Despite automation continuing to filter into our daily lives through self-service tills and driverless cars, we’re still a long way from robots overthrowing the human race. The aim of technological advancement has always been to benefit humankind and it’s important that we don’t forget this.