Manufacturing output growth slowed in the quarter to February, while order books improved slightly, according to the latest monthly CBI Industrial Trends Survey. 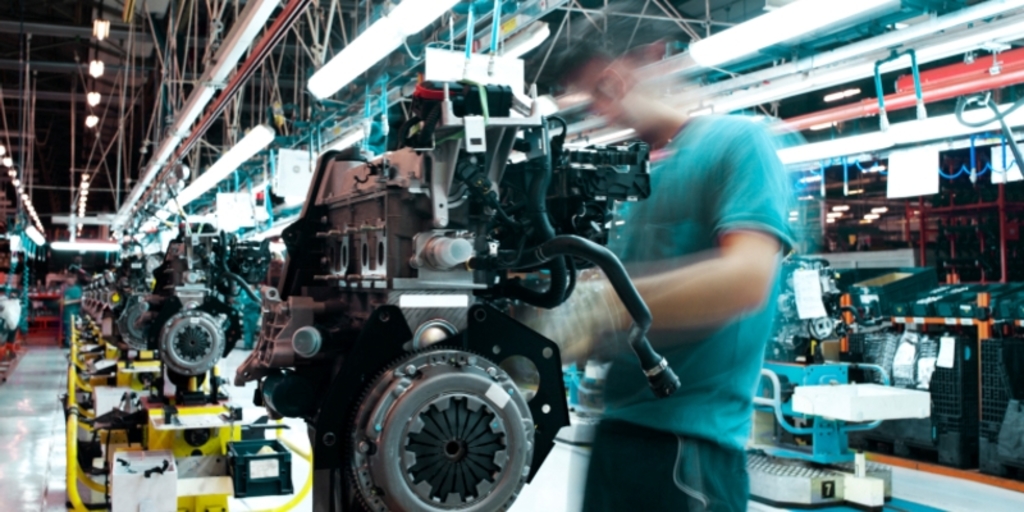 The survey of 366 manufacturers found that both total and export order books strengthened modestly on the previous month, while remaining comfortably above their respective long-run averages.

Output volume growth slowed in the three months to February to a pace roughly in line with its long-run average. Output expanded in over half (9 out of 17) of the sub-sectors, with growth largely driven by the chemicals and food, drink, & tobacco sub-sectors. Meanwhile, the motor vehicles & transport equipment and mechanical engineering sub-sectors were the main drags on growth. Looking ahead, firms expect output volumes to grow at a broadly similar pace over the next quarter.

Manufacturers reported that stock adequacy picked up, but remained broadly in line with the long-run average. Meanwhile, expectations for price inflation in the next three months sped up to their quickest pace in a year.

UK manufacturers continue to be supported by the lower level of sterling, although weaker global economic momentum means less support for export orders from that front. But the continued threat of a no-deal Brexit poses the biggest risk to the outlook for UK manufacturers. For more detail, see our December economic forecast.

Anna Leach, CBI Head of Economic Intelligence, said:“UK manufacturing activity has moderated at the same time as headwinds from Brexit uncertainty and a weaker global trading environment have grown.

“The time for Brexit compromise to support the UK manufacturing industry is now. The clock is ticking quickly towards crisis point. It is of critical importance that politicians of all stripes and on both sides of the channel come to agreement on the terms of a Brexit deal as soon as possible, to allow our manufacturers to continue to create, make and trade their goods with certainty.”

Tom Crotty, Group Director of INEOS and Chair of CBI Manufacturing Council, said: “Manufacturers have proved highly resilient in the difficult circumstances they find themselves in. However, it is without doubt that Brexit uncertainty has been a millstone on growth and investment in the sector.

“We are now just weeks away from the very real prospect of a ‘no deal’ Brexit, which would be hugely damaging to manufacturers up and down the country. The political paralysis on Brexit must urgently give way to compromise and an acceptable deal being struck.”