Through three changes in operators, Agility remains at the heart of its asset management. 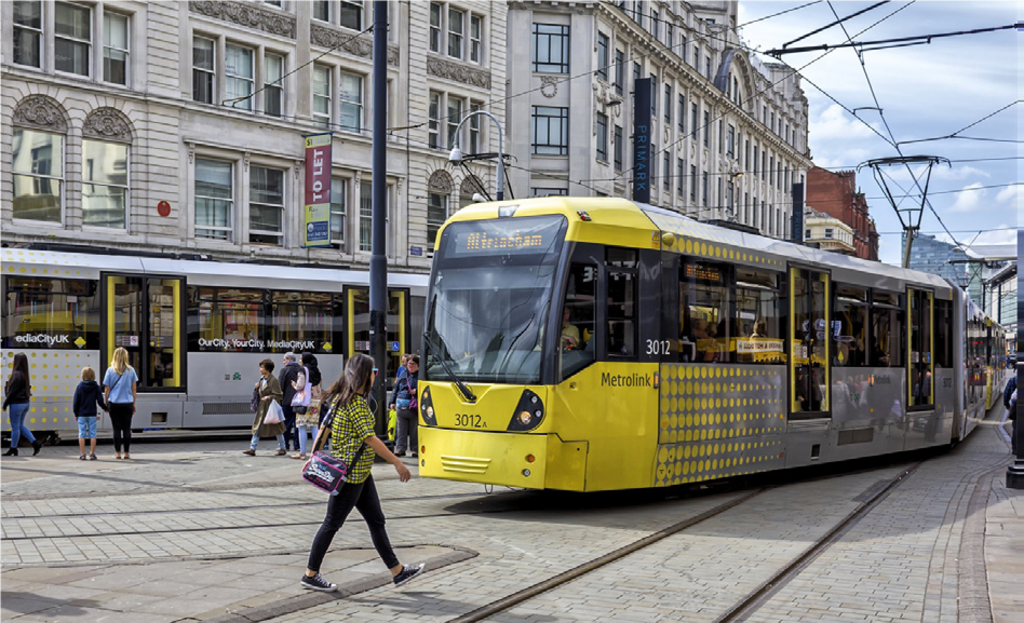 Manchester Metrolink tramway is owned by Transport for Greater Manchester (TfGM) originally opened in 1992 and extended in 2000 to a total of 37.5 km. This was subsequently expanded in three phases to the current 97km, incorporating 8 routes, 120 trams and 93 stops radiating from the City Centre. From 2007 it was operated by Stagecoach Metrolink Limited, who transferred its contract to RATP Dev in 2011 who then operated the system for 6 years. In 2017, TfGM awarded the joint venture of Keolis and Amey – Keolis Amey Metrolink (KAM) – a contract to operate and maintain the system for a period of 10 years.  Manchester Metrolink is the UK’s largest light railway network.

Clive Pennington, Head of Engineering for Stagecoach in 2007 says, “When we took over Metrolink we were charged with implementing an effective asset management system as part of our contract with GMPTE (subsequently TfGM). We needed an easy-to-use CMMS tool to manage and measure the condition of assets, produce performance information and drive effective business decisions.”  The system had to include a comprehensive asset register and web access, allowing controlled third-party access. Warranty status, stock management, financial interfaces, meter-based maintenance, fault analysis and component tracking were all necessary. It also had to incorporate fault logging, reports (outstanding work, historical fault and trends) and asset tracking (e.g. moving a motor from one vehicle to another).

“We visited clients using Agility to see the product in action” says Clive, “We were pleased with positive feedback across the board and decided Agility was right for us. Agility’s flexibility addressed our requirements.”  These included presenting assets in line/station order, complex tools for linear asset management (sectioning track/overhead elements), repairable spares and track wear monitoring. Documents, drawings and photographs were linked to assets and work orders, and users were informed of work status through email, SMS and a wealth of graphical KPIs.  Clive says, “SSG Insight has been quick to adapt and respond to requirements from our team. This resulted in a robust product that meets and exceeds our original brief.”

Agility’s browser-based interface allowed remote system access by the client TfGM. This gives all staff easy access to operational information in order to make informed decisions quickly, based on up-to-the-minute intelligence.  Other internal systems developed in-house have also been incorporated into Agility. This has resulted in consistent access to data to all authorised users in one central tool.  “We moved our control room log onto the Agility system, which means fewer computers are needed as everything is accessed from one central point,” says Clive. “This has led to faster working practices, and a more streamlined approach throughout.”

Between 2009 and 2016 Metrolink embarked on an ambitious £1.4 billion expansion program, trebling the size of the system to 97km incorporating eight routes, new and improved stops including CCTV and improved passenger information, new ticketing system, and a new tram control system, making Metrolink Britain’s largest tram network. In addition to the expansion, Metrolink replaced its ageing trams with a new and expanded fleet of 120 trams, providing greater capacity, and built a second new maintenance depot to house and service the fleet.  The system is currently being extended by a further 5.5 km with an extension to Trafford Park and an additional 27 trams.

In 2017, after a comprehensive competitive tendering exercise TfGM awarded the joint venture of Keolis and Amey a contract to operate and maintain the system. Keolis is a leading passenger transport business operating internationally and Amey is a leading supplier of consulting and infrastructure support services both in the UK and internationally. Working together as Keolis Amey Metrolink (KAM) they will operate the network for a period of 10 years.  In their proposal to TfGM, KAM stayed with Agility as their CMMS. “Agility was already embedded in the organisation and has proven to be adaptable and capable of expansion to meet current and future needs. Changing systems didn’t make sense.” KAM’s Engineering Director Chris Stinchcombe explains, “The new contract is very demanding not only in terms of KAM’s performance but also with regards to asset management and the capture of asset data to inform KAM maintenance plans and TfGM’s renewal plans. Agility is key to delivering performance information and we look forward to working with SSG Insight on its continued development.”  Future plans include; introduction of Agility Mobile Solutions and the use of tablets for operational and maintenance staff, integration with remote conduction monitoring initiatives, enhanced materials, supply chain management and additional functionality.  Throughout Metrolink’s journey, its expansion and successive changes in operators, Agility has adapted to and incorporated the changes and remains integral to Metrolink’s asset management.