Up to speed with new Directive?

A new machinery directive was introduced at the end of 2009. Here, Paul Laidler of Laidler Associates, highlights the major changes and suggests an easy path to conformance Since 1997, EN 954-1, 'Safety of Machinery, 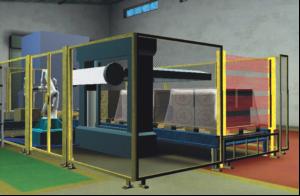 A new machinery directive was introduced at the end of 2009. Here, Paul Laidler of Laidler Associates, highlights the major changes and suggests an easy path to conformance

Since 1997, EN 954-1, 'Safety of Machinery, Safety related parts of control systems' has been the main European standard underpinning the design and functioning of machine control systems.

However, this standard fails to deal adequately with the programmable electronic safety devices that are being increasingly used.

Concerns have also been expressed that the relationships between risk levels and the categories defined in EN 954-1 do not always appear to be logical, and that the standard is too deterministic in its approach and, therefore, fails to take due account of probabilistic considerations.

However, the Machinery Directive Working Group of the European Environmental and Technical Regulation Directorate noted at the time that transition to the new standard 'represents a drastic evolution in the safety philosophy for control systems' and for this reason, the maximum permissible transition period - three years - was allowed for the full adoption of the new standard. During this period, the parallel use of EN 954-1 and EN ISO 13849-1 was permitted, and compliance with either standard taken as providing presumption of conformity to the revised Machinery Directive 2006/42/EC.

Problems The transition period expired at the end of 2009 - or at least that was the original plan.

In practice, the objective of fully implementing the new standard from this date has run into numerous problems. One of the most significant of these is related to the probabilistic approach that is at the heart of EN ISO 13849-1.

Gone are the familiar safety categories of EN 954-1, to be replaced by designated Performance Levels (PLs). These PLs relate directly to the probability of a system failing to danger. But, in many cases, the necessary Mean Time To Failure data isn't available and it becomes virtually impossible to determine the Performance Level for a system, which in turn makes it impossible to meet the requirements of EN ISO 13849-1.

What does this mean for those in industry? It means that they can benefit from working to the familiar requirements of EN 954-1 for some time. It doesn't mean, however, that they can ignore EN ISO 13849- 1 entirely, because it will eventually be fully implemented.

From manufacturers we might see an acceleration to get machines CE and PUWER certified to EN954-1 before the new legislation is in place. However, forwardlooking manufacturers will be looking to make good use of the breathing space they have been granted.Most will undoubtedly prefer to continue, for some time at least, to work to EN 954-1 while also making preparations for a timely transition to the new standard.

From a machine users point of view, if they have concerns about EN ISO 13849-1 then they will simply continue to conduct PUWER (Provision and Use of Work Equipment Regulations 1998) assessments to conform to EN954-1.

It is important to remember, however, that EN 954-1 is being replaced because it has shortcomings. Those continuing to use EN 954-1 cannot simply ignore these shortcomings and rely on this standard alone to demonstrate that they have met their legal obligations in relation to control system safety.

Solutions What then, is the best course of action for machine manufacturers? The first step is to ensure that they are fully meeting their obligations in relation to control system safety for their current products, which will probably mean doing more than simply relying on EN 954-1. The second step is to start making preparations for the transition to EN ISO 13849-1.

One of the tools available to help aid compliance is the mCom machinery compliance risk management software system. The latest version has been updated to cover the new Machinery Directive, 2006/42/EC and includes an option for users to decide whether they work to ISO EN 13849-1 or EN954-1 for the safety of machinery. A free demonstration version is available to download: www.laidler.co.uk.
MORE FROM THIS COMPANY