Although behind the rest of the EU and US markets in terms of sales, the UK food industry has shown an increased interest in robots over the last 12 months. John Rainer, regional sales manager FANUC UK comments 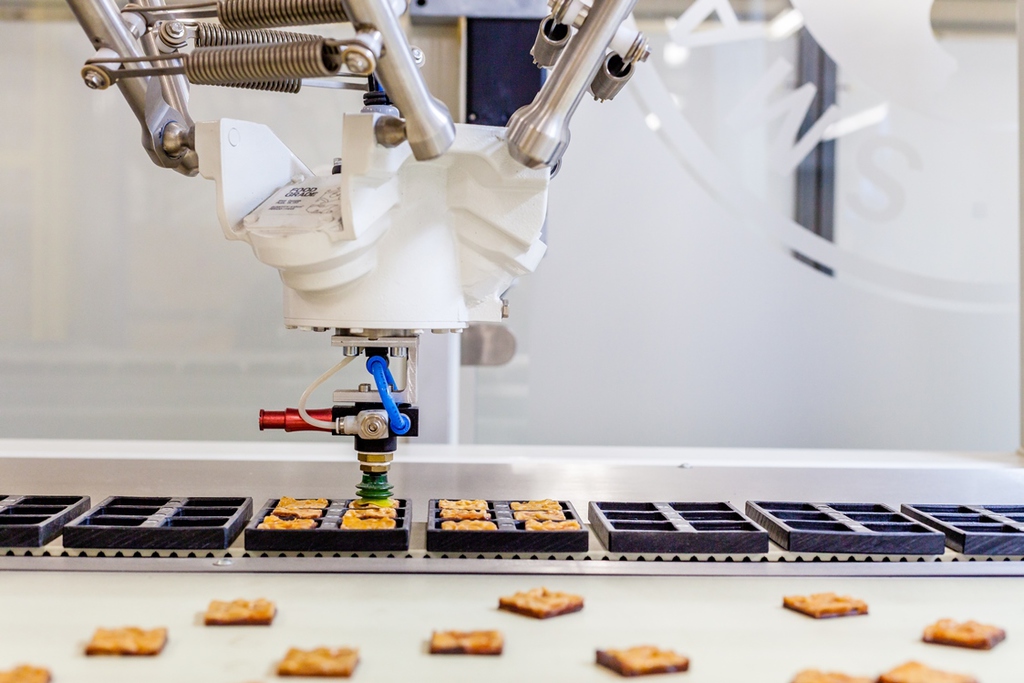 We predict that sales of robots to the UK food industry will amount to 600 units over the next 5 years – a 27% increase on the combined figures for the last 5 years. Many of our system integrator partners are experiencing a dramatic rise in enquiries for food handling robots. For example, Pacepacker Services reports that over the last 6 months it has quoted 150+ robot orientated projects – a 35% increase on 2013 figures.

This growth is echoed by the British Automation and Robotics Association (BARA) which on publishing figures for robotic sales in 2013, revealed a 60% increase in food sector adoption compared to 2000. The International Federation of Robotics forecasts that two million jobs will be created in the next eight years because of the robotics industry and between 60,000 and 80,000 new activity jobs will be created in the food industry alone from 2012 to 2016.

Food manufacturers face a number of challenges in their production operations. In a manual process, they must deal with ergonomic issues, labour availability and the uncertainty of increasing costs associated with legislation. In an automated process, accommodating rapid-fire product & pack changes driven by sustainability initiatives and shelf impact, as well understanding and improving key performance measures such as Overall Equipment Effectiveness (OEE), are key. Food safety, of course, is an overriding concern.

Although the cost of a robot has reduced (for example the cost of FANUC’s latest palletiser is 7% lower compared to its predecessor, yet has a 12% increase in payload capacity), this alone hasn’t improved their viability in the food industry. We’ve strengthened the business case for robot adoption by boosting functionality.

In the last 12-18 months have we made available IP69K certified robots to meet the toughest of hygiene standards. Although rare, there are on average 180 cases of listeriosis reported to the UK Food Standards Agency each year. A presence, or suggestion, that Listeria was initiated at a facility can seriously tarnish a brand's image. In addition to the cost of taking corrective action and recalling a range, production may be suspended, impacting earnings and profits. Manufacturers looking to improve hygiene by removing the uncertainty that the human element brings to the equation, have been driving the need for food-grade equipment.

Technology improvements including vision, the versatility of the robot hand or end effector and integral controllers will have a big impact on robot design over the next 5 years and make them easier to integrate into food production. Precision, dexterity, accuracy, speed and the size of a robot are key considerations. The pace at which vision technology is developing, now with a more economical price tag, enables robots to be used to distinguish differences in size, shape and colour, and improves the accuracy of sorting, picking and placing countless food objects randomly placed across numerous lines. Furthermore, vision’s code reading capabilities can play a key role in helping companies meet product traceability requirements.

With continuous product changes afoot, a robot’s hand, or end effector, has to be highly versatile and able to handle the most delicate of products. The key is to strike a balance between secure and gentle handling. If product is dented, bruised or scuffed, consumers will reject it. Handling technology has improved such that system integrators are now designing end effectors combining vacuum, gripper and clam-shell styles offering a multifunctional solution to keep abreast of production changes at minimal expense. Now a single robot can complete a wide range of tasks.

Where humans and robots occupy the same space on a food production line, the latest simulation tools now satisfy stakeholder concerns over worker safety. FANUC’s ROBOGUIDE, for example, enables customers and integrators alike to precisely visualise and pre-programme a robotic installation in a virtual 3D world, before putting those plans into effect. As well as being able to predict and forestall potential new-build issues, ROBOGUIDE gives users a useful tool to scope out changing requirements. It can pre-empt – and help prevent – costly damage to the robot and potential injuries to co-workers.

We have seen a positive shift in UK interest over the last 12 months and predict this will continue to accelerate now that robots – often with a 12-18 month payback – are fully meeting food producers’ needs.