Design and fabrication specialists Veotec has overcome a series of environmental and operational difficulties to successfully design a HVAC solution for an Ingersoll Rand compressor to be used at the new helium production plant in Qatar, meeting a bespoke range of criteria. 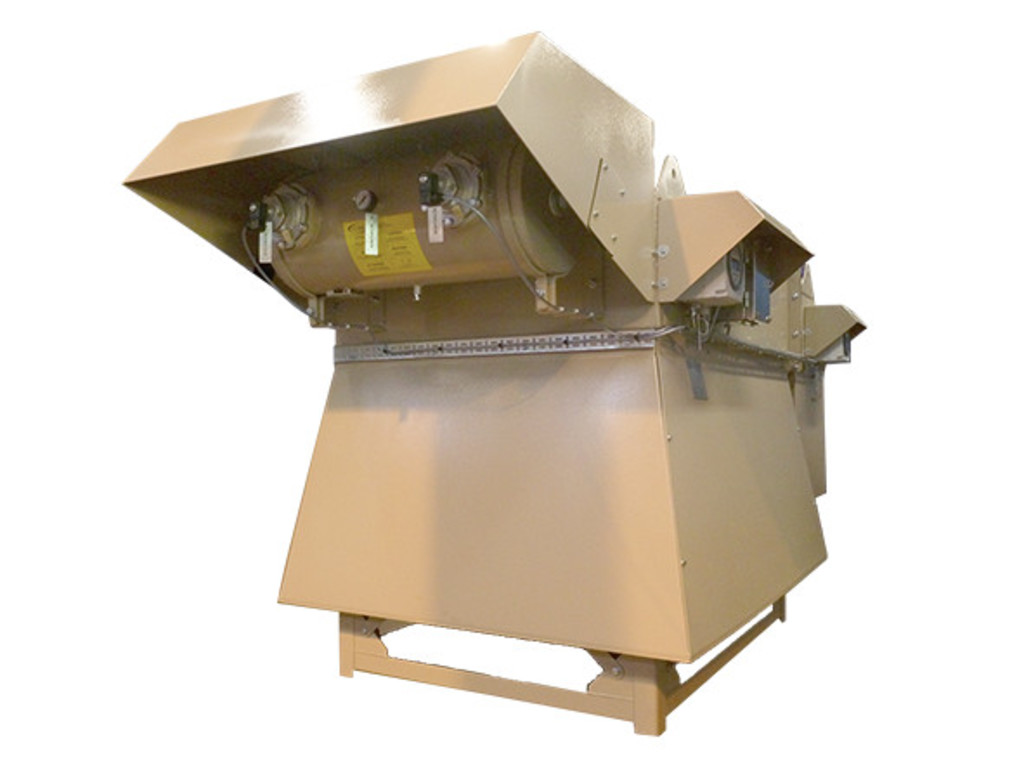 The system, which was designed and fabricated by Veotec, provided a pulse jet filter house for Ingersoll Rand's work on the Helium 3 Project: The groundbreaking helium production facility that will form the centrepiece of Qatari expansion into the extraction of gas, in which it is already a world leader.

Due to the 540C temperatures and harsh conditions caused by the facility's location in the Arabian Gulf, including high air salinity and dust levels, the facility called for a bespoke roof mounted air intake system that could withstand the conditions - and provide EN779:2012 standards of air filtration. The project also called for a cost-effective solution that would be self-cleaning or low maintenance, in order to minimise downtime and repair costs.

In order to meet the exacting standards required of the project, Veotec utilised a differential pressure controller to feedback into the client’s Distributed Control System to initiate the compressed air pulsing sequence, resulting in the evacuation of dust and sand particles from vertically arranged cylindrical filter cartridges. This returns system pressure losses to acceptable levels. The adjoining compressor enclosure and instrument housing were built to IP55 and IP65 respectively, and the system is capable of providing the required fresh air supply whilst removing sand and dust ranging from 1μm to 300μm particle size.

Andrew Russell, sales director at Veotec said: "The successful completion of this project demonstrates Veotec's capability and ability to fabricate a wide variety of components and solutions for environments across the world, and to overcome even the most challenging of environmental conditions.”

"As the world continues to industrialise, and its countries invest in infrastructure, our expertise will become more and more necessary to help companies around the world develop systems that function reliably and perform consistently in even the harshest conditions. We look forward to deploying this and other technology wherever it is needed."