Heiko Luckhaupt, industry sector marketing manager of RS Components, looks at AI and considers the benefits it will offer in light of an ever-changing modern workforce 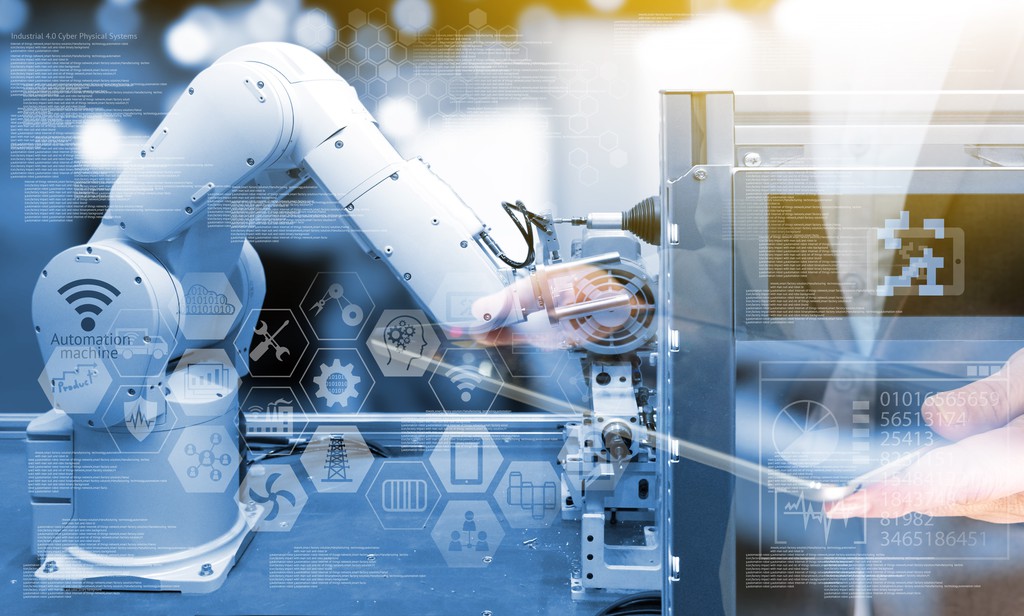 Thanks to the internet and all its connected spin-offs, the world is getting a lot smaller. It is also getting a lot smarter as users, companies and organisations have begun to leverage the astonishing amount of information now available at their fingertips.

A world without access to the World Wide Web is almost unimaginable now, as it has become entrenched in our lives, helping us in some way or another with just about every facet of our daily routine – from shopping and banking to healthy lifestyles and holidays. But for all the benefits it delivers it also has its detractors.

Automation has come under the spotlight in recent months, with just about every business- and tech-related media channel discussing how robots are soon going to replace human workers in a much wider variety of jobs. Bill Gates has even waded in, suggesting that we need to introduce a robot tax in order to offset, among other things, the loss in tax from wages.

There are certainly arguments from a social perspective, relating to job losses and lost incomes, but from a technical perspective the value that robotics and automation deliver is almost incalculable. And this value is not just in terms of the bottom line. It is also to do with quality, flexibility and agility – essential elements of any contemporary production system if it is to keep pace with the demands of the modern consumer. There is also a health and safety angle, where automated systems are replacing repetitive manual labour, or activities in dangerous environments.

The next big breakthrough, which is already gaining both positive and negative press, is artificial intelligence (AI). What AI is achieving now is remarkable and it is still in its relative infancy. The next decade will see an almost exponential growth in capabilities and applications as it is modified and applied to a much wider set of applications and disciplines.

AI will replace and supplement jobs, there is no argument here, but the majority of the jobs it will replace in industry are the ones that are getting harder to fill by actual people, due to the demographics of the modern workforce. Before connectivity became a big thing and big data was just a futuristic buzz word, industrial companies relied upon experience and longevity. Engineers and technicians with many years of work under their belts were (and still are to a certain extent) the driving force behind these industrial operations; and their experience, backed up with an innate 'gut feeling' are what kept operations running.

We’ve all heard stories of engineers who could tell the health of an axle by laying their hand on a bearing hub, or could hear minor nuances in the sound made by a gearbox and therefore predict if it needed re-lubricating. The issue here is that these people are simply not being replaced. As modern workforces have evolved to exploit newer and newer technology, the level of intimacy we have with machines and components is simply not the same. Modern, recently qualified engineers rely on computers, sensors and hand held devices to tell them if something is going wrong and then take action based on this information.

With this in mind – and as replacement to the previously mentioned seasoned engineers with their ‘gut feelings’ and tactile abilities – we are already seeing the deployment of sensors that can constantly check the behaviour of components or power consumption in a production line and then highlight critical values before parts begin to fail, creating costly production interruptions. One example of this is the PowerTag from Schneider Electric, which can measure the current in an installation. If it receives values out of the norm for a pre-defined period it can trigger an event. Applications could be as simple as a compressor in a domestic fridge up to a more complex HVAC system in a factory. In cases such as these there could be any number of reasons for current fluctuations, ranging from someone simply forgetting to close a fridge door or an office window (which can be fixed quickly, saving energy for the user) or it could be indicative of something a little more serious, such as highlighting the fact that the HVAC compressor requires maintenance. Undertaking remedial action at the right time can be a quick and easy job, or it might be a little more involved, but in either case doing it too late could result in a much more costly compressor repair, which may well lead to additional machine downtime.

So, the argument behind the adoption of AI is “if a computer is used to collect the data, why not use a computer to analyse the data and then perform the remedial action”? AI is already being deployed in maintenance, which is actually a great example due to the limited but highly informative data sets being generated. So it makes sense that its roll out will soon cover a larger application base.

What AI is able to do is spot patterns – even obscure ones – that a human operator could simply not see or consider. AI is technologically agnostic, it has no pre-conceived biases and it does not have any emotional attachment to the issues or the outcomes. What it will generate is a completely objective analysis of the system being monitored, without any prejudice and then, if the confidence exists to allow it, perform the most logical remedial action.

How this type of service is delivered, to the shop floor for example, is still up for debate. The likelihood is that it will be a subscription-based processor or AI-engine lease from one of the big IT forms that are already pouring billions into its development. What is clear though is the potential it can deliver. Replacing jobs or roles that are already in decline makes real sense and the benefits will be staggering. How we go about using AI for other, less-fulfilling roles is another question, which will be answered in the next few years. Whatever the case, the potential that AI will offer the modern industrial company is too big to ignore and, just like other great industrial revolutions, the workforce will adapt to leverage its capabilities, allowing the personnel it replaces to undertake roles to which they are much more suited.