An experiment has been carried out to evaluate Alicat mass flow controllers' resistance to backpressure contamination. Mic Chaudoir and Rohan Morajkar report 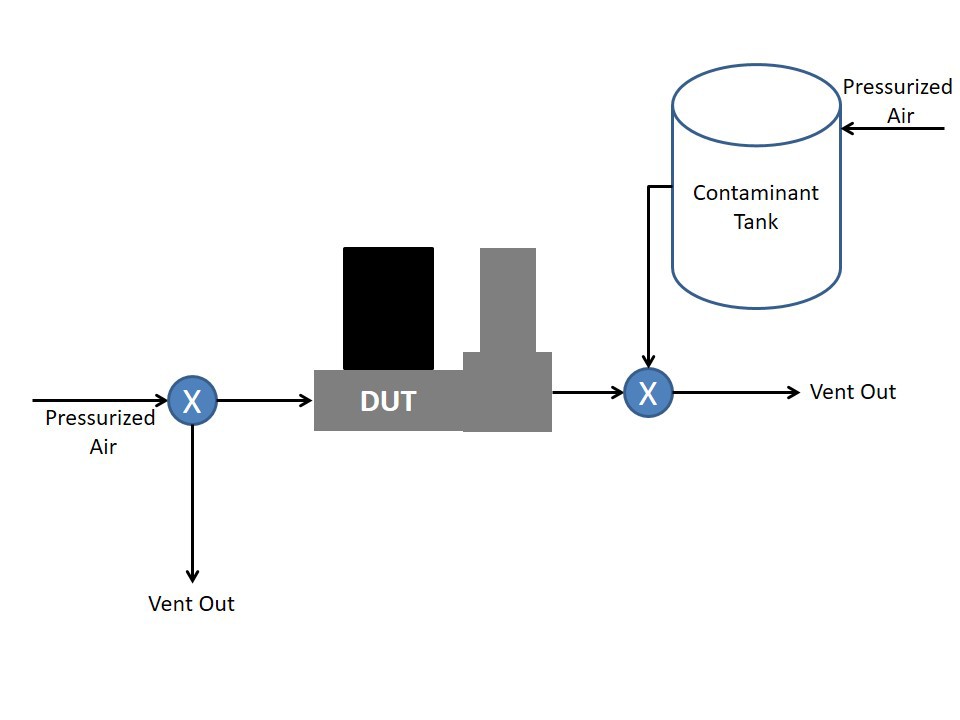 Mass Flow Controllers are essential to many modern production and test processes. Reliable and precise flow control is required for sustained and efficient production in such diverse applications as glass fabrication and bioprocessing. In many of these processes it is possible for the mass flow controller to encounter unexpected water or foam contamination. This is especially true for applications like bioprocessing where large quantities of liquid and foams/films are part of the process and can lead to a gas build up increasing the downstream pressure. This increase in back-pressure can sometimes lead to contamination of the upstream process devices with biological materials and culture media.

Alicat’s differential pressure-based mass flow meters and controllers are more resistant to errors caused by this type of contamination than thermal conductivity based designs1, but just HOW resistant are they?  We set up an experiment to simulate contamination with foamy liquid and examine its effects on an Alicat Mass Flow Controller’s ability to accurately control mass flow.

In order to simulate the conditions under which the unit could be contaminated, we created a pressurized foam contaminant tank that was installed downstream of the mass flow controller.  This is shown in Figure 1 where the Xs in the circles represent 3-way valves. Foam generated by a mixture of Yeast, 3% Hydrogen Peroxide solution and dish-soap was used to simulate a biological contaminant. The Alicat MFC utilized was one of our new MCBIO series2 (MCBIO 1SLPM). This series has materials designed to comply with BPE-2016 standards3, as well as other features to facilitate use in a Bioprocessing environment. Performance under these conditions should be representative of other Alicat Mass Flow Controllers as well.

Foam was generated and the contaminant tank was pressurized to 40 psi, 60 psi and 80 psi for various experimental operations. Foam in the amount of 12.45 ml was repeatedly introduced into the mass flow controller at various pressures; accuracy and control ability were then measured after each contamination event.

The Alicat MFC was surprisingly resistant to contamination via watery foam.  Anecdotal reports had indicated that the unit would likely respond poorly to even slight contamination events. Loss of accuracy and control is thought to be common with thermal-based mass flow controllers1. However, despite repeated contamination events, the Alicat Mass Flow Controller continued to perform within normal operating parameters. For each set of experiments, we measured the mass flow (in SLPM) that the unit was controlling to, as well as the valve drive % of scale used (Figure 2 and Figure 3). Prior to each contamination, measurement accuracy was verified by comparison with a Molbloc standard4,5.  The percentage errors before and after contamination are shown in Figure 4. It is observed that the errors are much higher after contamination compared to the original state, however the absolute magnitude of the errors is still less than 1% of the reading. The errors after contamination decrease linearly with mass flow rate set points which may be an indication of a small blockage caused by the contamination (see Figure 4). The errors are reduced by approximately half once the device is purged with isopropyl alcohol and subjected to vacuum for dissolving any residue left behind from the foam and evaporating the alcohol leftover inside.

After both series were completed, we tested the device to failure by repeatedly flooding with partially foamy water, in excess of 100ml until the foam reached the flow meter and was detected upstream of it. After repeated attempts to induce failure, the device was still functional, but began controlling erroneously.

Mass flow controllers are an essential control unit for many industrial processes. This is especially true in a Bioreactor environment where fragile cells depend on proper flow of Oxygen for metabolism and Carbon Dioxide for pH control. We have many anecdotal reports about the robust mature of our differential pressure mass flow controllers being an advantage to our customers. The experiments that we describe here are one of the first investigations into defining just how much process contamination an Alicat Mass Flow Controller can withstand.

The results from these experiments suggest that limited transient contamination with water-based foam, even that containing substantial bio particulates, has little effect on the controller’s operation. Alicat MFCs have the ability to report valve drive percentage. This feature reports what percentage of the voltage range is being used to maintain the valve position. Under conditions where it is more difficult to open the valve (typically higher pressure or valve contamination) the drive percentage will increase. In this case, the valve drive percentage remained constant, suggesting that the valve did not suffer increasing difficulty in controlling flow.

We also measured the reported mass flow vs. actual mass flow using a Fluke Mobloc calibration standard. Even after repeated exposure to the foam solution, in excess of 35ml within a short time, the unit had its flow accuracy change by less than 1%. While we expected the unit to perform in a robust fashion, these results exceeded our expectations. In order to ensure that our methodology was sound, the unit including the mass flow meter was flooded completely with the foam solution. Under conditions where most devices would cease to function, the Alicat Mass Flow Controller continued to report and control mass flow. However, when verified with the Mobloc, the mass flow reported was only 25% of the actual flow. Thus, we were able to finally cause the unit to fail in controlling flow accurately. The affected unit was then purged with isopropyl alcohol and vacuum dried at 10-3 torr for one hour before being sent to Alicat’s service for analysis. Alicat’s service department concluded that the device was undamaged. The contamination did not effect the sensor performance and the unit displayed no significant deviation from its original state.