WHEN DUBLIN City Council sought a greener alternative to herbicide-based weed control, it opted for Greentown Environmental and Weedingtech’s Foamstream 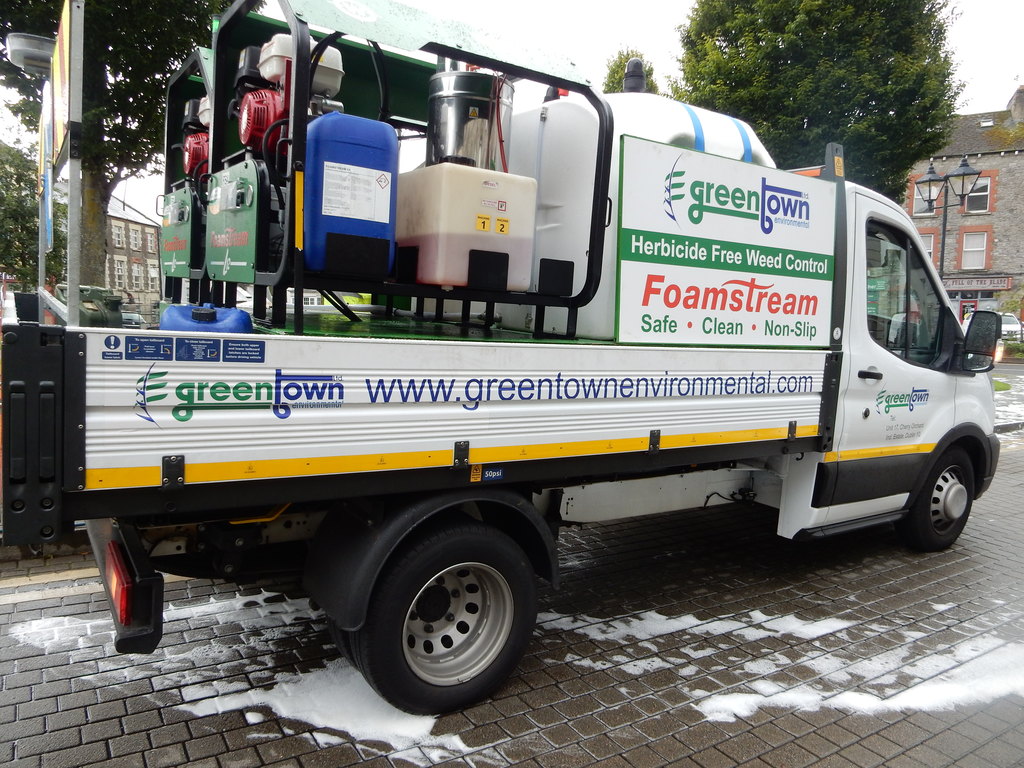 Greentown has been carrying out weed control for Dublin City Council since 2010, initially as a subcontractor before securing the principal contractor role in 2014. It is a weed control company, not a chemical company, and in 2017 it started exploring glyphosate alternatives.

In 2018 the company trialled several chemical-free methods and opted for Foamstream. With a strong belief in this product, managing director John-Ross Armstrong decided to heavily invest in the equipment required to carry out this service to its full potential. He says: "We are responsible weed control providers and we wanted to source a viable alternative, so we have this as an option to offer our clients. We are conscious that there has been a shift towards greener methods, and we wanted to ensure we have a solution and that we are the market leader.”

Foamstream is an innovative approach to weed control and benefits from being herbicide free. Its patented low-pressure process combines heat with biodegradable foam, making it safe for use around people, animals, and delicate environments. The foam is created through a mixture of plant oils, wheat proteins, and sugars. It is supplied by Furlong Equipment, importer and distributor of the solution to help organisations in Ireland make outdoor areas greener, cleaner and safer. They customise the machines for county councils and public works and, for Greentown, modified the skid unit to load on the truck, and added an extendable boom.

The method behind Foamstream is the longer a plant is kept in the kill zone (temperatures above 57˚C) the better.  By providing a layer of foam to the water, its acts as an insulator and holds the heat from the water in the kill zone for long enough to penetrate the leaf’s waxy outer layer, and travel down the stem and into the roots. This severely damages the plant, either killing it or causing it to die back. The main benefits to using this kind of treatment are that it can be used in all weathers, on any surface, all-year-round. It delivers instantly visible results and is herbicide-free.

“Foamstream is a great alternative to traditional methods. It has immediate effects on roadside verge weeds and uses organic means to do so,” says Dineka Maguire, Greentown’s Dublin divisional manager. "The weeds over time decompose naturally leaving streets weed-free. The public have responded positively to this service and are delighted to see an alternative to herbicide-based methods. Members of the public are at first curious as to how the machine works, however, once we engage with them, they are delighted we are Foamstreaming their streets.”