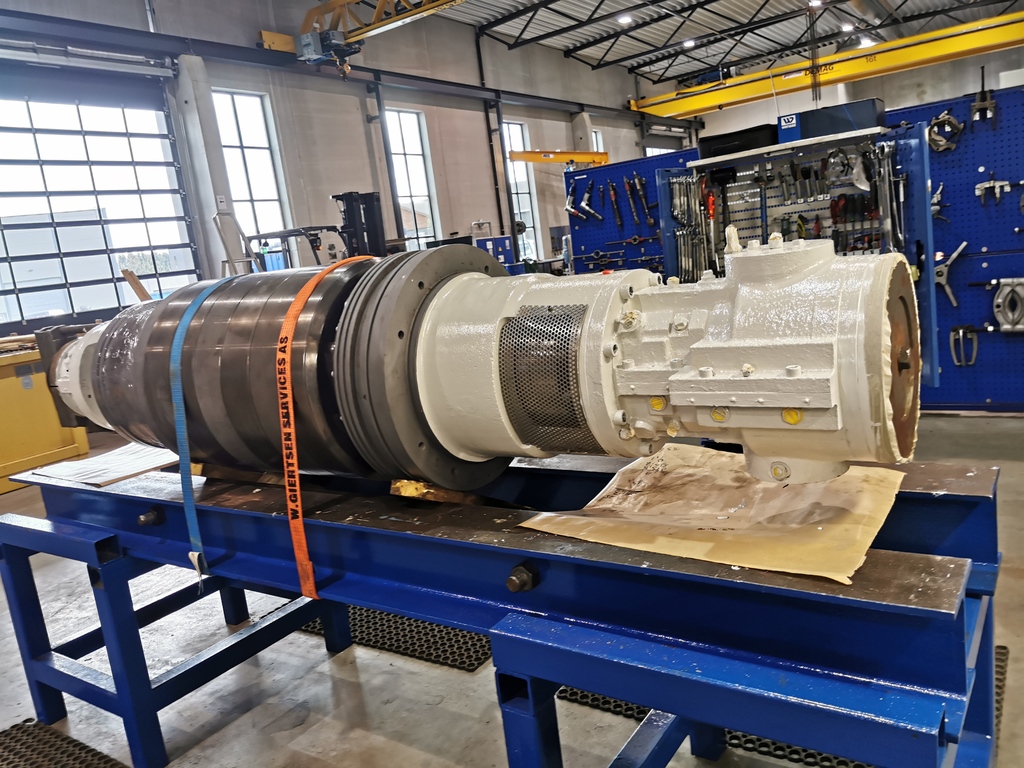 A recent move to further reduce emissions caused by excessive energy consumption has seen the Norwegian government offering funding to companies that lessen their contribution to CO2 and NOx figures. One oil platform in the North Sea took the opportunity to rerate two condensate export pumps which would not only reduce energy consumption but also optimize performance for the remaining life of the well.

Governments are issuing increasingly stringent targets for greenhouse gas emissions as well as other pollutants, to encourage companies to take an active role in improving our environment for the future. Cutting energy consumption not only saves money, it also helps to extend our natural resources and reduces pollution.

Oil and gas platforms use a large number of pumps for a range of applications. As the wells are exploited so the pumping profile changes, and the hydraulic design of the pumps may need to be revised to deliver the most efficient service. There comes a point where the cost of a pump retrofit will be recovered from the savings generated by improved performance.

Pump retrofits involve the upgrade or modernization of existing equipment to improve reliability, increase efficiency, take advantage of modern materials or, as in this case, adjust for a change in the process. This is a cost-effective alternative to replacing equipment and can also save a considerable amount of time.

Originally commissioned in 2001, the oil platform in the North Sea had been in production for nearly 20 years. Over this time the application profile of the pumps had changed, and some had become less efficient, while others were beginning to exhibit increased vibration due to low flow conditions.

The owners of the platform wanted to address these operational issues as well as reduce energy consumption, which would reduce operating costs. This led to the introduction of challenging targets for energy savings that would also deliver associated CO2 and NOx reductions.

Peter Irlam, Retrofit Specialist, Sulzer EMEA, explains: “Having worked successfully in the past with Sulzer, the platform management called us to assess two pumps that had been identified for rerating. Both pumps were involved in condensate export; the main pump was a horizontal, diffuser barrel design, and this was supported by a centrifugal booster pump. Neither of the pumps were of Sulzer design and so there were no detailed engineering drawings available.”

Essentially, the issue raised by the customer was that the booster pump had some vibration issues because it was operating at a flow well below the design point for this pump. Meanwhile, the main pump was generating too much head and as a result, it was consuming considerably more energy than was necessary.

To help with the project design, Sulzer assessed the production profile for the platform, projected over the next 25 years. This showed that performance would be reducing year on year, so Sulzer proposed several hydraulic changes to both the booster pump and the main export pump.

For the booster pump it was decided to install an impeller eye choke ring to allow the pump to operate at lower flows, thereby reducing the vibration levels. The proposed design was assessed using computational fluid dynamics (CFD) to establish the optimum size of the choke ring.

For the main pump, the proposal was to reduce the number of stages from seven to only two. To maintain a smooth flow path through the sections where the impellers had been removed, Sulzer installed transfer tubes which were designed and manufactured in-house. The modified design was verified using rotodynamic analysis to ensure that the pump would operate with acceptable vibration levels.

Peter continues: “The customer would only allow the pumps to be off the platform for a maximum of eight weeks, which left Sulzer with a tight timeframe to complete the engineering, detailed design, manufacturing, rebuild and installation. Through close cooperation between our service centers, we managed to deliver the project on time.”

Having completed the installation, the customer confirmed that the vibration levels from the pumps were satisfactory and the energy consumption had been reduced by 800kW, which equated to a saving of more than GBP 800’000 per year, which puts the payback in a short period of time.