YOKOGAWA TEST and Measurement has added new features to its DL950 ScopeCorder, available as an option on new purchases or as a retrofit to existing units. 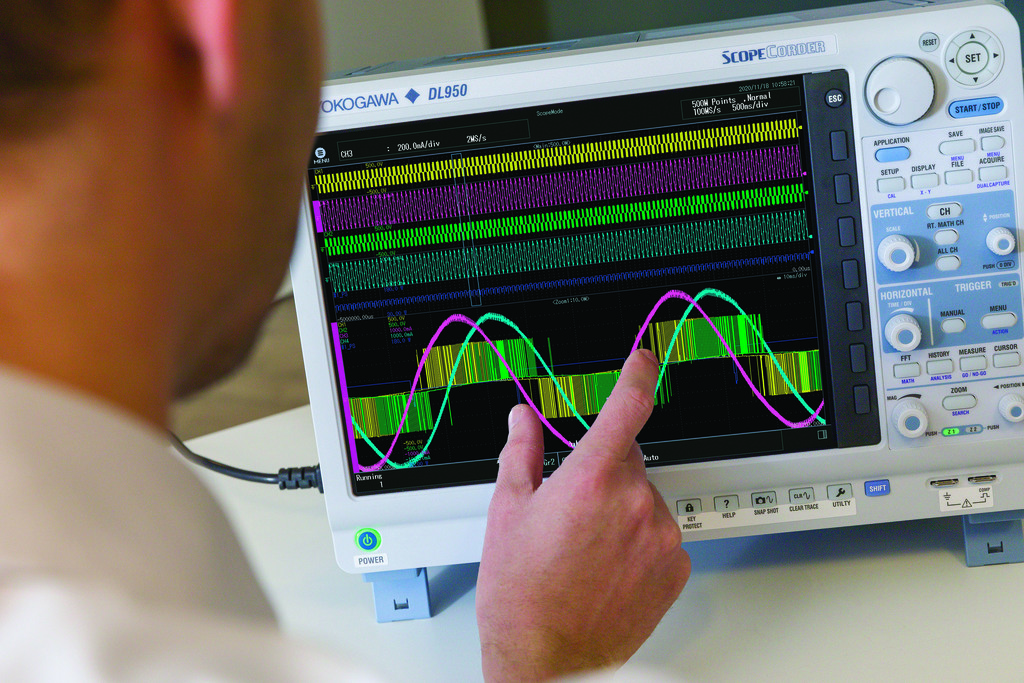 The latest Yokogawa ScopeCorder now offers flash acquisition as well as real-time computing functions. The new features can be acquired as a modification kit for retrofitting existing instruments, or as an option on new purchases.

Using the new Flash Acquisition function, data can be captured over a long time with a sample rate of 20 MS/s (8CH) and 10 MS/s (16CH), which is 100 times faster than the previous model. This optional Flash memory feature makes the DL950 capable of capturing data at high sample rates in locations where a PC would not be suitable, such as in a vehicle or at a remote site.

The company suggests that applications for this new acquisition feature could include recording control signals and temperature trends or vibrations simultaneously in small spaces, such as inside a car or a train. Other uses could include recording control signals or generated/consumed power in challenging environments, such as spaces near generators in a power plant or restricted volumes in a manufacturer’s factory.

In these applications the unit would usually need to be switched off before moving it to an office to save data on a PC. The flash memory is non-volatile, so the captured data stays stored within the instrument even after turning off the power.

The other new addition to the DL950 is a new firmware version. This adds new features that allows GPS data to be acquired with the existing /C35 option. Data includes time, latitude and longitude, altitude, velocity and direction. The new firmware also adds new real-time computing functions to the existing /G03 or /G05 option. These functions are CAN ID, IIR filter, angle math, rotary angle, resolver and power math.

Also added are new attenuation ratios for both voltage and current probes.

“These new features further extend the versatility of this leading data recorder, ensuring users have the options they need to take measurements in a wide variety of applications.”