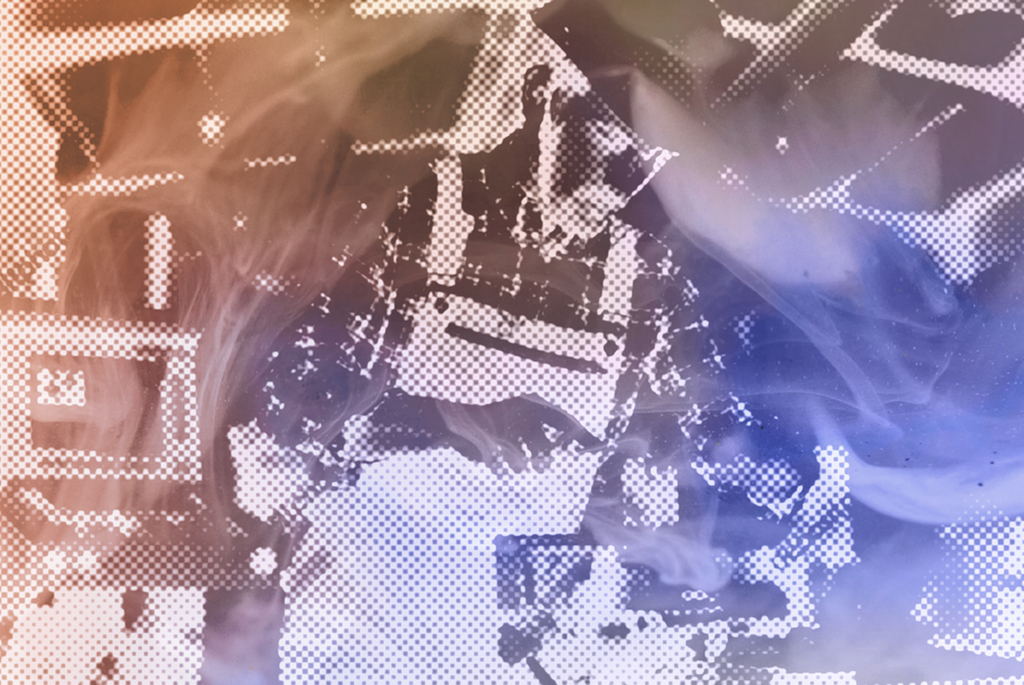 So, if we acknowledge that human error is important, the next question is “who”. Whose error caused the incident? Is it always the other person or is it mostly us? And what about when there’s no human error, just mechanical or electrical failure?

Well, one thing we do know is that no one is ever trying to get hurt or cause a lot of accidental damage. Nobody ever plans to do this, which means that something unexpected must have happened. Once something unexpected happens, it’s like the first 'domino' falling. Then, depending on how many other dominos are lined up, that unexpected event will start a chain reaction. Once the chain reaction starts, and the dominoes start falling – exactly where you end on the (old) risk pyramid is usually determined by the amount of hazardous energy and luck (landing on your feet is usually better than landing on your head and a one-meter fall is usually better than a 10-meter fall). 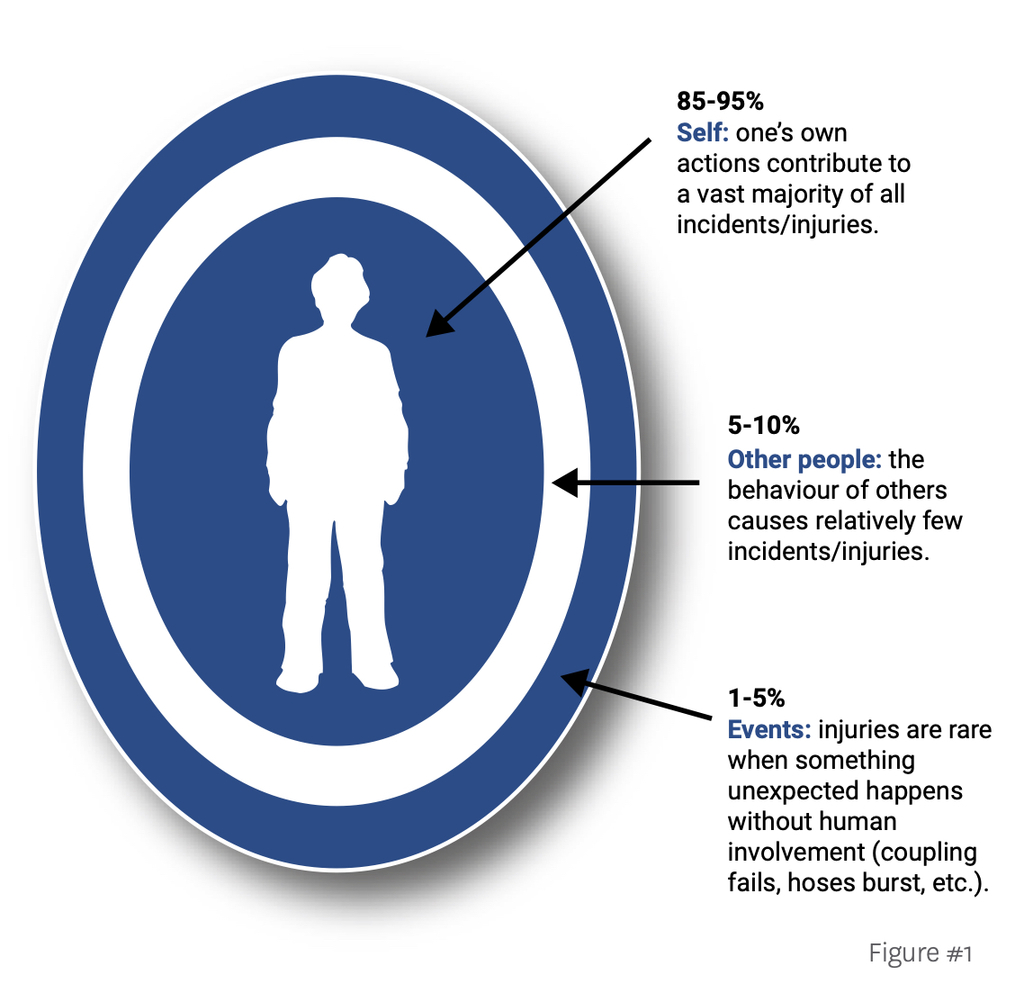 Which of these three sources do you think is the highest or most important? If we asked these same questions to all the people you work with at your company, what would they say?

Well, before getting into the percentages for each category, let’s take a moment to think about what’s actually happened to us in terms of injuries and near misses. The reason for this is that when you look at reports, the information can be “filtered” right from the beginning. We really don’t know whether the person fell asleep at the wheel or whether a dog, deer or some other form of wildlife ran out in front of them, and we don’t know if what they told the police was the truth (some people don’t). But we certainly know whether or not we fell asleep at the wheel. 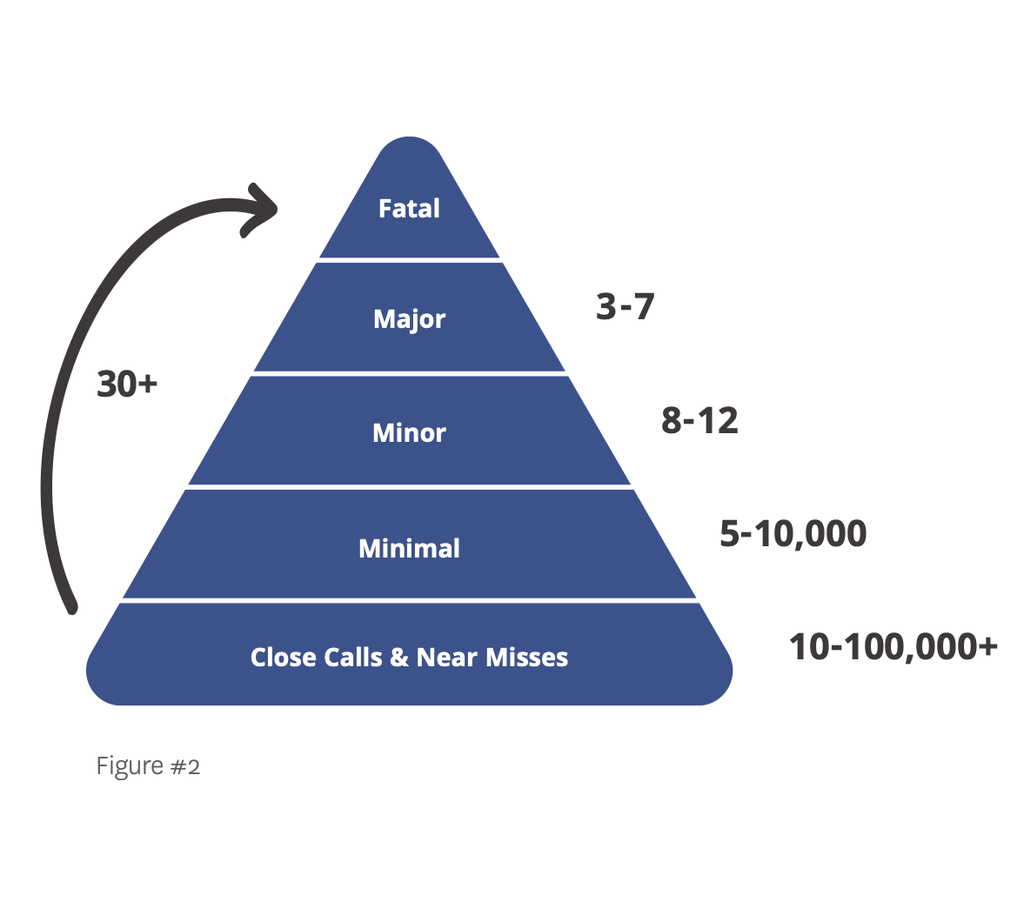 Again, with 100 people you usually get 10-15 hands up but rarely does anyone have more than one example. And finally, what’s left are all the injuries in the self-area. For most people over 95% of the injuries they have sustained were in the “self-area”. Although most people “freely” admit that it’s more like 97-99%.

Over 3 million people have been through this exercise at thousands and thousands of workplaces. And in terms of paradigm shifts, it’s probably the most powerful or one of the most powerful ones. What most workers/ people think (or thought before going through this exercise) is that the equipment doing something unexpectedly or the other guy doing something unexpectedly will be much higher than the self-area. Even the people who have already come to the realization that the self- area is probably the highest are really surprised at just how high it is: most people (over 80%) have never been seriously hurt because the equipment or somebody else did something unexpectedly. In other words, 100% of their serious injuries were in the self-area.

This exercise, where you get everyone to build their own personal risk pyramid and then think about each of the 3 sources, as you can imagine, is a real “eye opener” for people who previously thought it was mostly the equipment or the other guy.

So, we have met the enemy, and the enemy is us. But this is actually very empowering: because if it always was the equipment or the other guy doing something unexpectedly then we would be powerless or close to powerless in terms of being able to do something about it.