DIGMESA, A manufacturer of precision flow sensors for fluids, is reaping the benefits of investing in an AMR (automated mobile robot) solution from logistics automation specialist, KNAPP. 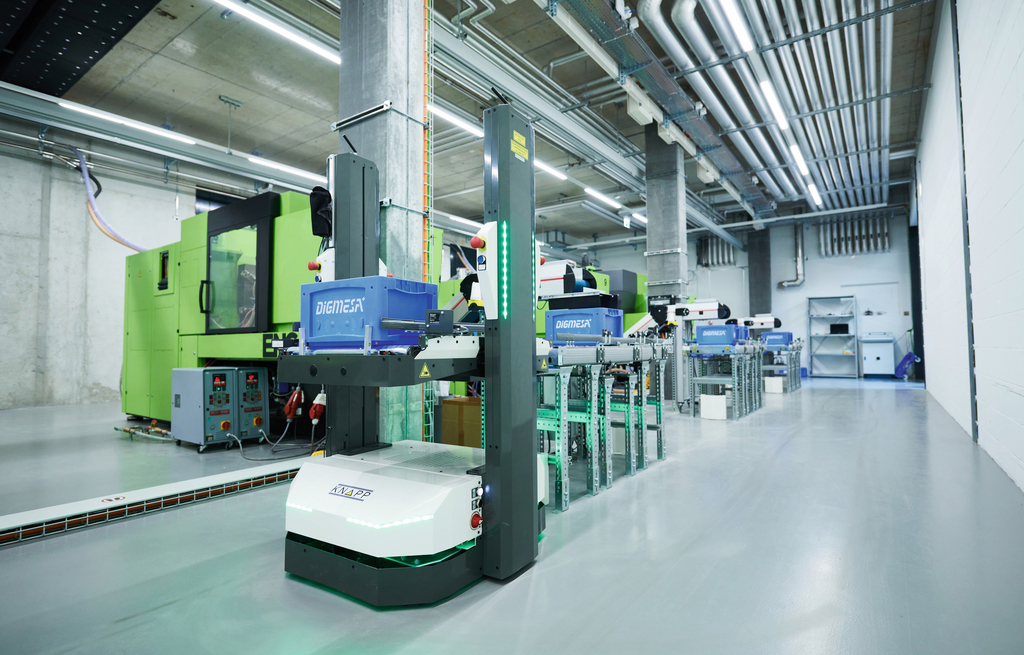 KNAPP's Open Shuttle AMR solution transports containers to and from Digmesa's injection-moulding machines at the company's site in Ipsach, Switzerland. With the AMR navigation not needing to rely on any physical infrastructure, the Open Shuttle system was installed and implemented in just four months.

The automation is enabling Digmesa to handle ever-growing production volumes. Over a period of about 20 years, Digmesa's output of flow meters has risen from 100,000 to around 10 million per year. The increase is largely due to the boom in coffee machine sales over the past decade, as a Digmesa flow meter can be found in almost every coffee machine in the world.

The decision to invest in AMR technology was taken when two sister firms – Digmesa AG and Digmesa Polyform – recently came together at a single location. This meant that the production and processes for the two subsidiaries had to be restructured and moved to a new hall. As part of this project, Digmesa wanted to automate the transport processes supplying its assembly machines.

KNAPP's Open Shuttle solution brings empty containers to the production machines and transports finished products to a flow rack system. This serves as a buffer area, with storage organised according to the FIFO (first-in, first-out) strategy. The buffer is controlled by a KNAPP PLC application – without connection to a host system – and light curtains on the racks are used to keep track of how full the 60 channels on 4 levels are. The containers are equipped with RFID tags to ensure continuous traceability of the goods. A quality assurance process is also in operation, with the Open Shuttle system transporting every tenth container to a check station. 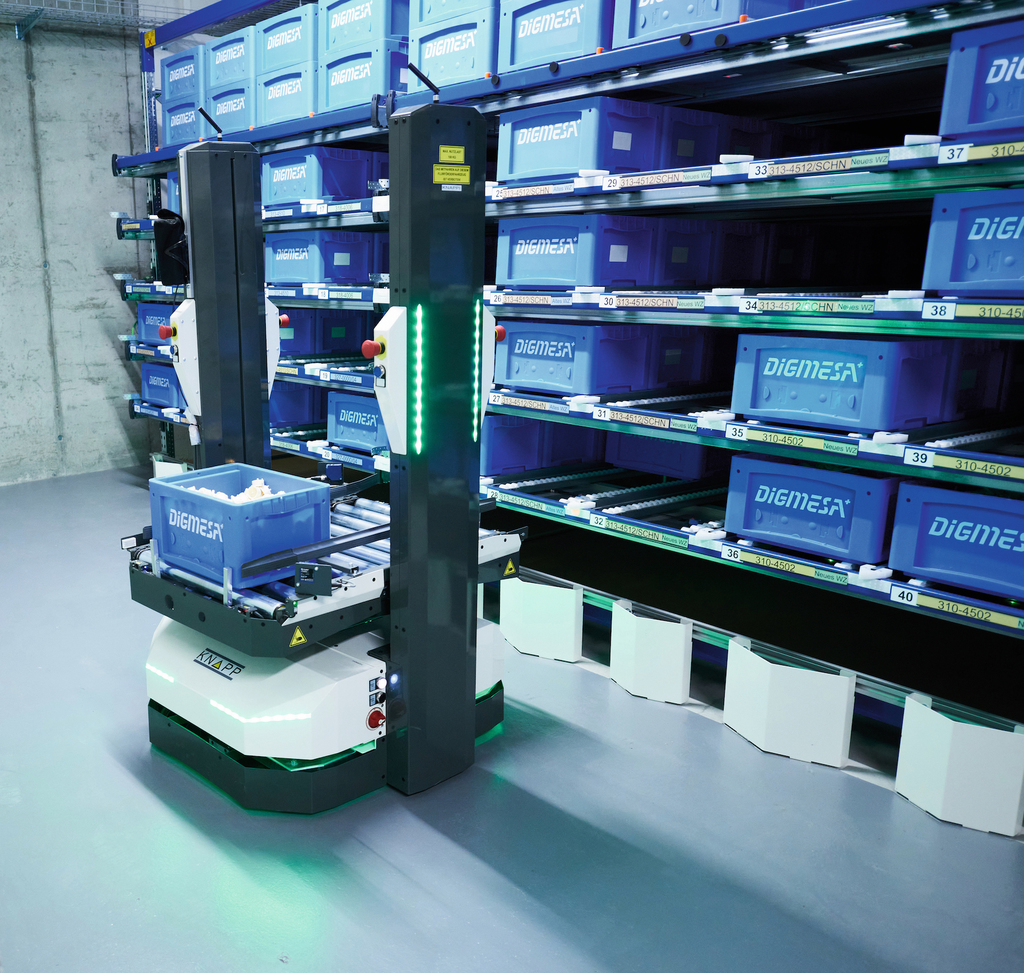 The fact that Digmesa's production continues around the clock was decisive in the decision to invest in automation. Stefan Schneider, CEO of Digmesa AG, explains: “Our injection-moulding machines run continuously, with 24/7 operation of our assembly machines, so optimal material flow is important, as is having no standstills. This was the critical factor for investing in an autonomous system that – without a driver – puts things in the right place.”

Another critical factor for Digmesa was the lift facility that can be specified on KNAPP's Open Shuttles. “What really convinced us was the shuttle’s functionalities," says Stefan Schneider. "In comparison with other systems, with the Open Shuttle we can pick up and deliver at various heights." The integrated lifter on a KNAPP Open Shuttle enables it to pick up and deliver small load carriers at heights of 550mm to 1500mm. The lifter moves up or down automatically, while the Open Shuttle is on the move, to suit the next collection or delivery stop.

The Open Shuttle solution allows manufacturers to link various areas to ensure that goods – raw materials, semi-finished items and finished products – are available in the right way, in the right place and at the right time. The KNAPP technology provides a flexible and dynamic solution to internal transport requirements, with the fleet management system making reconfiguration of the layout and processes simple. With no landmarks or aids required, installation is quick and simple, and can be performed during ongoing operations. The Open Shuttles support a number of interfaces, such as VDA 5050. They are also ideal for seasonal peaks, as you can simply add more robots for a period of time – they can even be rented.

The Open Shuttle AMRs are intelligent robots, undertaking smart path planning and independent management of orders. Thanks to swarm intelligence, tasks are evenly distributed and transport routes are optimised. Each Open Shuttle features integrated intelligence, which enables it to autonomously plan its route to the target, detect obstacles and avoid them intuitively. This free navigation is based on the calculations of on-board laser scanners and software.

A flexible alternative to conventional container conveyor systems, Open Shuttles can transport a variety of load carriers including containers, cartons, trays and tray stacks. Thanks to a width-adjustable clamping function, they can also handle special load carriers, such as those used in the electronics sector. There is also a version with forks available, suitable for heavier loads.