Freudenberg Sealing Technologies has unveiled a series of newly-developed clamp seals that ensure rapid and secure tube connections in food and beverage production machines required to operate on a continuous basis. 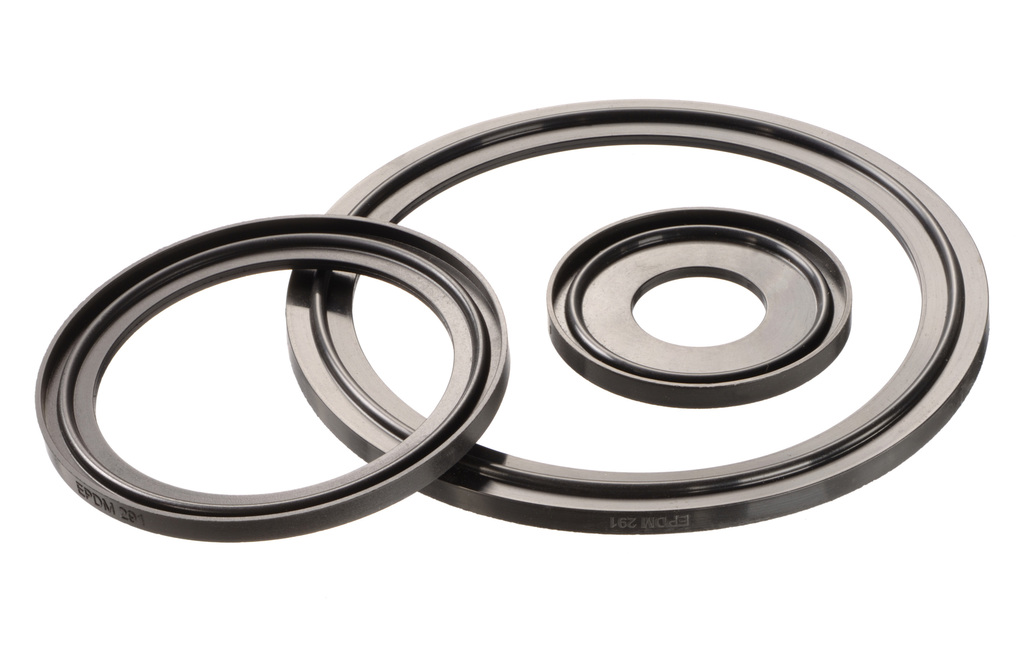 The new seals allow customers to eliminate the expense of converting connections to a ‘hygiene flange’ in accordance with DIN 11864, while undesirable over-compression into the interior of the tube connection is averted. In addition, the seals are said to be especially easy to install and re-separate as, by the defined compression, any ‘sticking’ on the flange is contained. The new clamp seals are available from authorised distributor Dichtomatik, provider for Freudenberg’s food and beverage related products in the UK.

Dichtomatik says that, to exacerbate the situation, the industry’s lack of guidelines for torque and force application during mounting mean it can be challenging to achieve the optimum amount of sealing element compression; any part of the seal protruding into the product space not only reduces the internal tube diameter, but prevents effective cleaning, a critical factor in the food and process industries.

In short, the formation of difficult-to-clean dead spaces make it easy for bacteria to accumulate. The potential outcome is problematic for food and beverage plants as product contamination becomes a real possibility. Further negative implications include seal damage from the flow of media, and the potential for protruding parts of the seal to be torn off and enter the product.

Overcoming all of these issues, the new clamp seal from Freudenberg has been developed to suit tube connections in accordance with DIN 32676, ASME BPE or ISO 2852. The seal’s structure features many obvious contrasts to those of conventional seals. For example, due to the incorporation of a special plastic component, a defined stop is created that prevents over-compression and unwanted extrusion into the line’s interior.

Ultimately, when it comes to hygiene, the latest clamp seal from Freudenberg is a major advance as the risk of contaminating entire product batches is reduced thanks to its flush closure. As a result, the internal diameter of the seal precisely matches the dimension of the tube’s internal diameter, eliminating any mounting mistakes. A further benefit is that the use of plastic as the clamp seal stop means that the additional binding agent necessary with metal is unrequired.