Nominations for the 2021 Queen Elizabeth Prize for Engineering (QEPrize) – one of the world’s most prestigious engineering accolades – are now open around the world with the winner(s) to be announced in February next year. 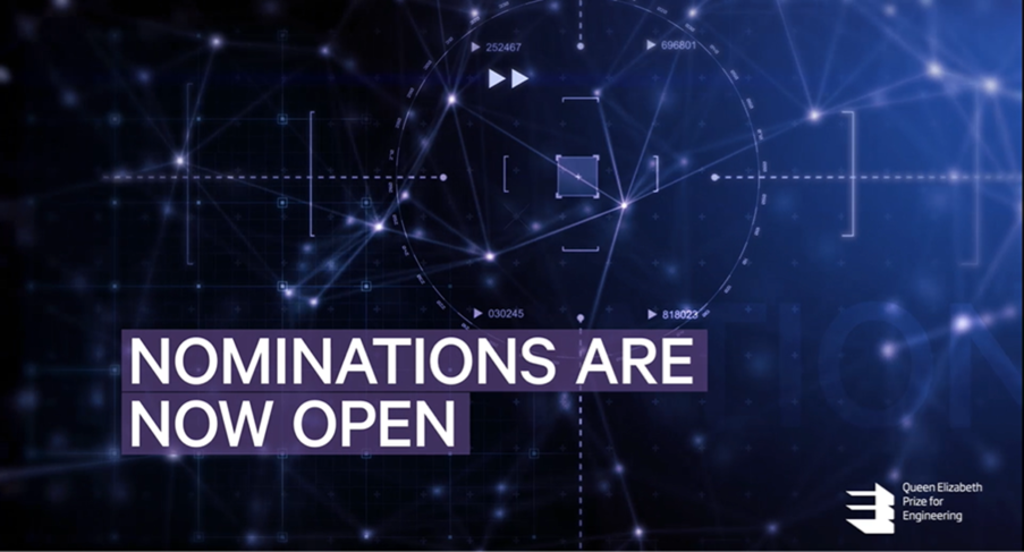 The QEPrize is awarded to up to five engineers responsible for a groundbreaking engineering innovation which is of global benefit to humanity.

Today’s call for nominations coincides with the 94th birthday of Her Majesty Queen Elizabeth II, who gave her name to the prize when it was established in 2011. Her Majesty has been a great supporter of developments in engineering and technology, from opening the world’s first nuclear power station to becoming the first Monarch to send an email.

Speaking at the presentation of the inaugural QEPrize in 2013, Her Majesty The Queen said “Throughout history, engineers have served their neighbours, their towns and their countries by making tools, machines and countless other things that improve every aspect of life. From information technology to medical science and mining, from building roads to space travel, engineers are working to make a difference to our standard of living, and with it our health, wealth and happiness.  At its heart, engineering is about using science to find creative, practical solutions.”

Now entering its fifth cycle, the prize seeks nominations from around the world that celebrate innovations across all sectors of engineering.

Diverse, multifaceted, and continually evolving, engineering creates the solutions to global challenges and improves billions of lives. Engineers have enabled us to work together across the planet, explore the smallest cells and the most distant stars, and navigate our way through the world.

Lord Browne of Madingley, Chairman of the Queen Elizabeth Prize for Engineering Foundation, said: “Engineering transforms the very best of human imagination and creativity into tangible products, processes and services that benefit the lives of billions. It is the platform on which society is built, and the most powerful tool we have at our disposal to solve collective challenges.

“In the midst of the current global health crisis, engineers are creating new medicines and healthcare equipment; maintaining critical infrastructure for key workers and supply chains; and enhancing digital services to accommodate rapid changes to the way in which we learn, communicate and do business. The Queen Elizabeth Prize for Engineering exists to celebrate the critical role that engineering plays in society, as well as those who have changed the world through their engineering innovation.”

This year’s nominations window will remain open until 23:59 BST on 17 July 2020. An independent and international judging panel of leading experts will then assess the nominations, and the winner(s) will be announced in February 2021. The only limitations are that self-nomination and posthumous nomination are not allowed.

Sir Christopher Snowden, Chair of the QEPrize judging panel, added: “The challenges of tomorrow are both complex and pressing, and it will undoubtedly be engineers who solve them. QEPrize laureates exemplify engineering’s impact globally; from medicine to telecommunications and much of today’s core infrastructure is reliant on their innovations. Engineering has profoundly transformed peoples’ lives for the better and we look forward to considering new nominations which continue to highlight the very best engineering from around the world.”