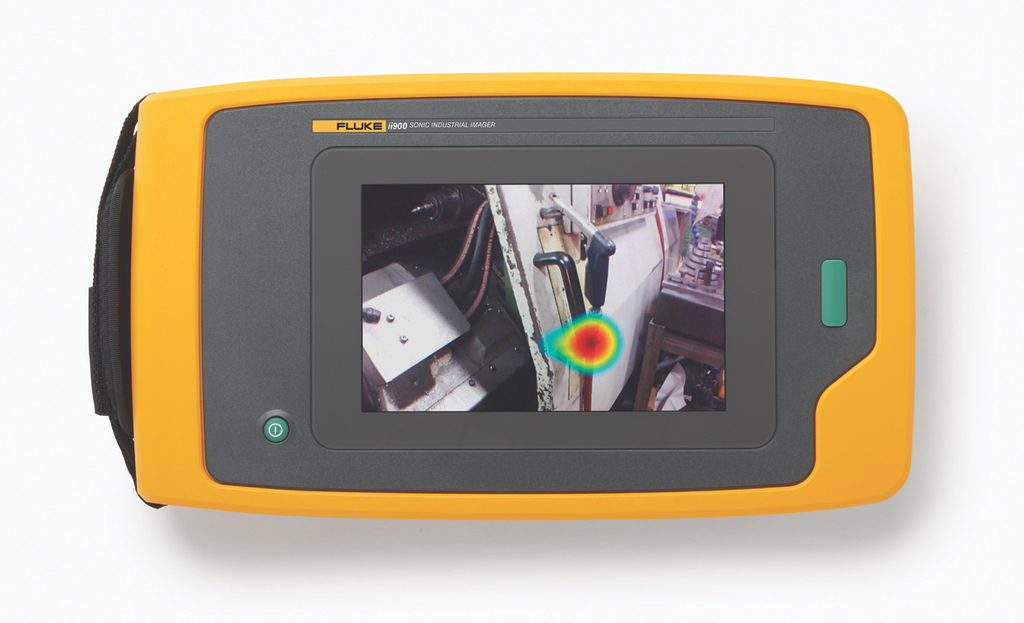 Featuring an array of microphones combined with the new SoundSight technology, the handheld Fluke ii900 Sonic Industrial Imager filters out background noise so maintenance teams can accurately locate leaks in compressed air systems, even in the noisiest environments.

“We rely heavily on air - it’s one of the most important utilities we have coming into the building,” said Josh Stockert, maintenance technician III at Genie (a Terex Brand). “With the Fluke ii900 Industrial Imager, we can stand on the sideline and inspect the air line that goes across while carts and people are moving underneath. We’re not affecting them, but we can tag it then fix it at lunch instead of waiting for a premium weekend shift to fix it.

“Now we don't have to look at adding new, bigger compressors or receiver chains, so not only is it capacity and energy savings, but now we’re talking about capital savings.”

Inspect an entire plant in hours

The 7in LCD touchscreen overlays a SoundMap on a visual image for quick leak location identification. The straightforward, intuitive interface allows technicians to isolate the sound frequency of the leak to filter out loud background noise. In a matter of hours, the team can inspect the entire plant – during peak operations. Images can be saved and exported for reporting purposes.

The Fluke ii900 was designed in partnership with Sorama, an Eindhoven-based company specialising in noise control and sound analysis solutions.

How much could a company save if you could see sound? Watch the video at:  www.fluke.co.uk/ii900