Kieran Bennett looks at the latest communication protocol, IO-Link, and the advantages it offers for industrial process control 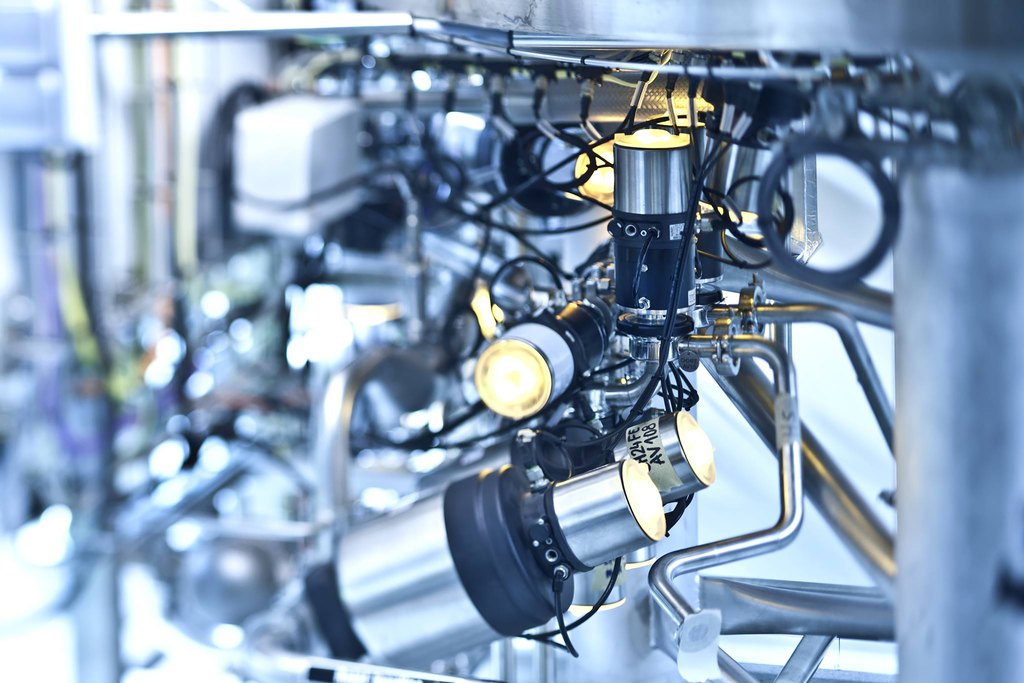 Industry 4.0 continues to gather pace as more manufacturers are looking to benefit from the ever-expanding array of automation tools and products available. At the heart of every system are network and communication protocols that connect sensors and devices to controllers; sites often combine industrial ethernet with fieldbus systems such as CANopen, AS-Interface, PROFIBUS, CC-Link or DeviceNet – so where would a new I/O solution sit?

Most production sites will already have some degree of automation infrastructure – which will have an influence on how the network is extended, while others may be looking at the best place to start. One thing is for certain though, investment costs will be on the agenda when assessing the most appropriate solution.

Automation has the potential to reduce operational costs and improve efficiency as well as reliability. However, to achieve these improvements, the design and installation of the new equipment needs to be properly planned and implemented. Decisions about centralised or decentralised control, data recording, maintenance and reliability will all affect the cost of installation.

For the food and beverage industry, automation offers many advantages that can be enhanced by the most effective choice of equipment. At this point, selecting control valves, sensors and actuators would appear to be the next logical step. However, it is important to establish the communication protocols that are going to be used, because this can influence the choice of products that are compatible with the automation solution.

One of the more recent communications protocols to become established is IO-Link, which has been designed to connect actuators and sensors in the field to the first tier of digital communication. One of the advantages of this technology is that it is standardised under IEC 61131-9, which means the connections, identity codes, parameters and diagnostics are all the same, regardless of the manufacturer.

Using 3- or 5-wire connections between sensors or actuators and a local IO-Link master, both power and signal data can be connected easily. These cables use standard M12 connectors and can be pre-assembled and tested, making plug-and-play installation very simple.

Just this characteristic of IO-Link can save considerable time and expense for the installation, but it also eliminates cabling errors that can be difficult to locate, greatly reducing the commissioning time. Furthermore, the internal diagnostics in this system can identify a broken cable, which makes trouble-shooting much quicker and minimises downtime.

The internal diagnostics in this system can identify a broken cable, which makes trouble-shooting much quicker

The standardisation also includes the IO device description, which means that when a device is connected to an IO-Link master it is identified and assigned the correct description, which is passed to the PLC or other higher control device.

Once an automated process control system is running, the next hurdle is maintenance, but again this is made easier by standardisation. Due to the two-way communication of IO-Link, the parameters stored in the controller can be transferred to any replacement sensor or actuator, reducing the time required to restart the production process.

IO-Link has progressed from its original use in production automation and is becoming increasingly important in process automation; it is now perceived as an alternative to AS-i for valve automation. As such, it is important that manufacturers, such as Bürkert, integrate IO-Link technology into their products so that they can be included on the specification sheet when a company has taken the decision to implement IO-Link.

To that end, Bürkert has already included compatibility to four of its control heads, which will cover the majority of control valve configurations. The control heads can be combined with butterfly valves, ball valves, single and double seated valves for both Bürkert and third-party products.

The compact positioners are designed for integrated mounting on pneumatically operated process valves as well as any linear or rotary actuators. The remote setpoint adjustment can be made via IO-Link and a contact-free analogue position sensor measures the position of the valve spindle. The whole product range is optimised for decentralised automation, as is the IO-Link communication infrastructure.