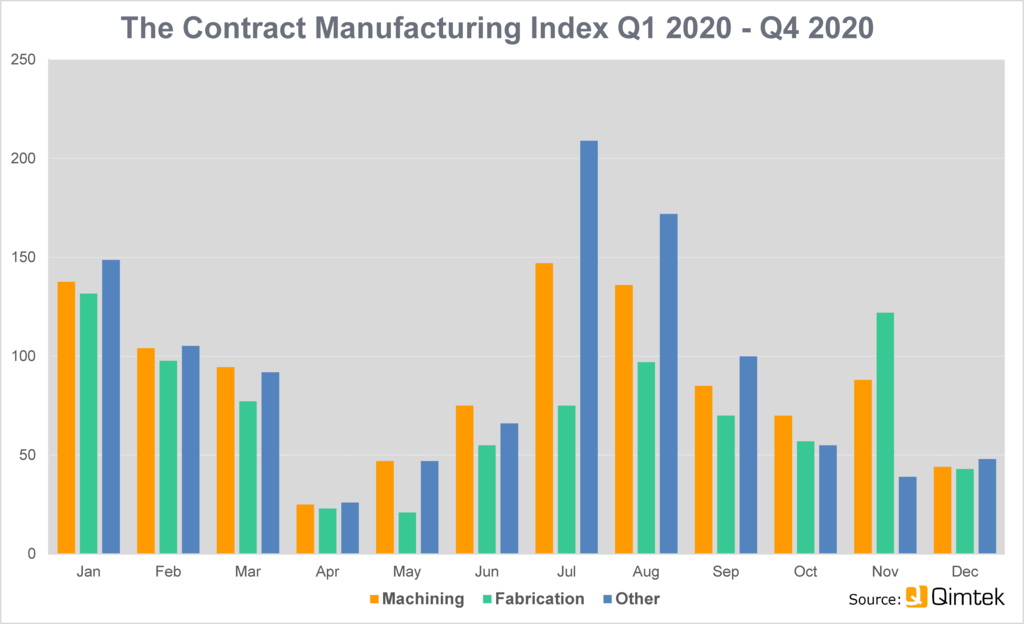 Those figures, though, conceal a tumultuous and volatile 12 months.  A strong start to the year was followed by a dramatic fall at the start of the March lockdown. A strong recovery followed in the summer, with activity falling back again from September.

The strongest fall in Q4 was in fabrication – dropping from 58% of the total market to just 31% –  which appeared to be linked to a slowdown in construction.
From being the most important sector in Q3, construction was down 71% in Q4 and fell to 7th place. 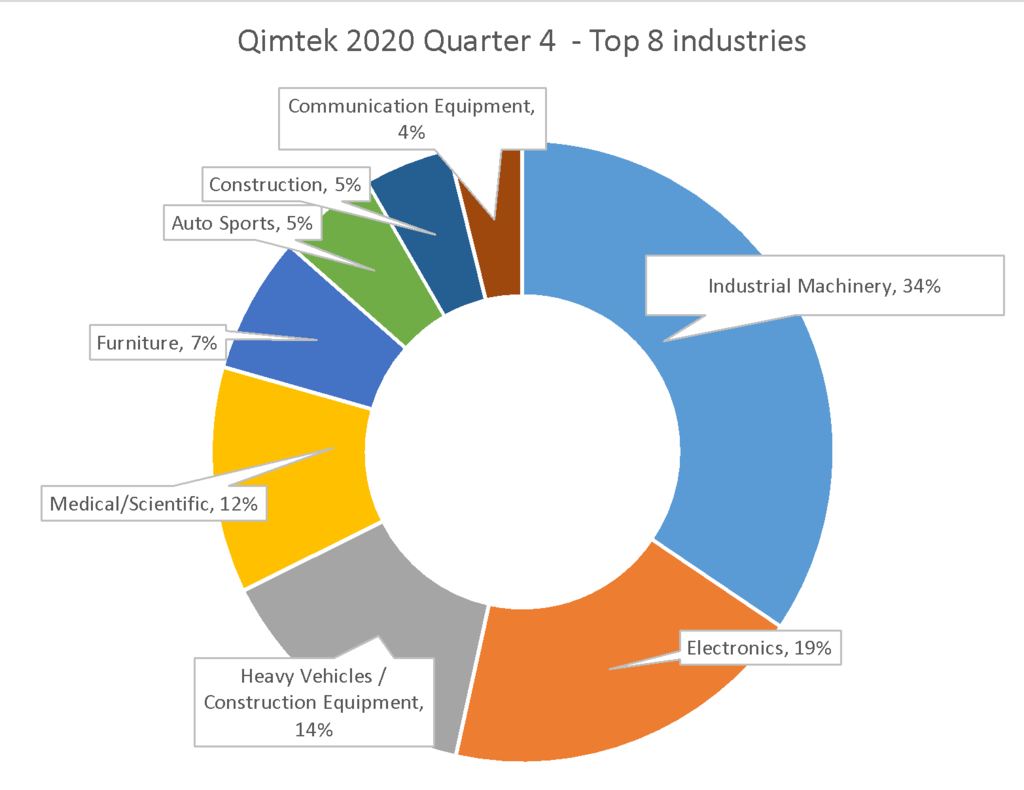 Commenting on the figures, Qimtek owner Karl Wigart said: “Comparing the figures with previous years it looks very bleak but considering we were in lockdown for a quarter of the year it looks pretty good.

“Q4 was slow to start and did well in November but reverted to a slow December again, same as last year.

“A lot of projects are being slowed down for various reasons and the most common we hear of are communication, uncertainty and material and transport shortage.”