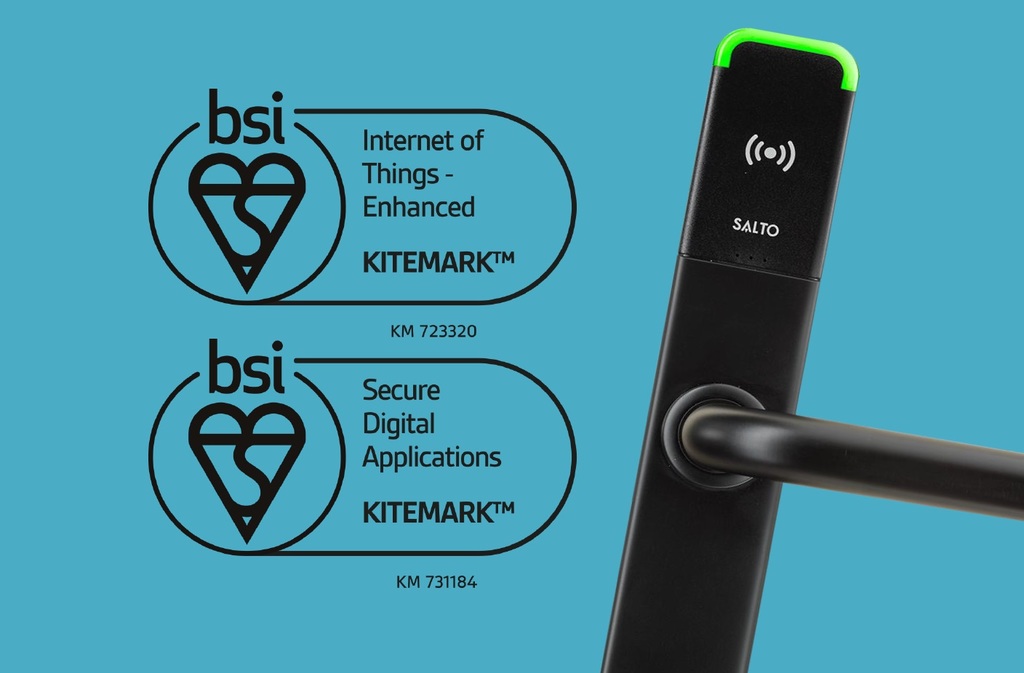 The BSI (British Standards Institution), as part of a wider collaborative effort to give clarity on best practice for IoT (Internet of Things) security, developed the scheme to assess connected/IoT devices. The scheme determines whether a product has the appropriate security controls for its intended use and is suitably supported throughout its intended life. This cyber/physical security scheme forms the security element of the BSI Kitemark for IoT/connected products.

According to SALTO Systems, the Enhanced Level IoT Kitemark demonstrates that a connected product has a higher level of security controls in place than the market standard for its type and is generally suitable for higher value or risk applications. Assessment to this level involves BSI’s most in-depth and exacting testing and analysis, it adds.

To achieve certification, the SALTO XS4 One access-control solution had to meet the requirements of a Quality Management System such as ISO 9001 to demonstrate functional, safety and interoperability performance. SALTO was also required to undergo advanced security testing for vulnerabilities and security flaws. The company also submitted its JustIN mobile app and ProAccess Space web services for assessment under BSI’s Secure Digital Applications Kitemark, ensuring the wider system associated with the XS4 One had the appropriate security controls in place to provide support effectively.

David Mudd, global digital and connected product certification manager at BSI, said: “Achieving the Enhanced Level IoT Kitemark has enabled SALTO to demonstrate that its XS4 One product exceeds the market standard for security control. Additionally, certification to the Secure Digital Applications Kitemark for its JustIN app and web services will provide further reassurance to SALTO customers that its entire access control eco-system has the appropriate security controls in place.”

To find out more, visit: www.saltosystems.com