A brighter future for lower-carbon logistics

When logistics giant Kühne+Nagel needed a major upgrade to the lighting in two of their northern Germany locations, it turned to Trilux for a solution. 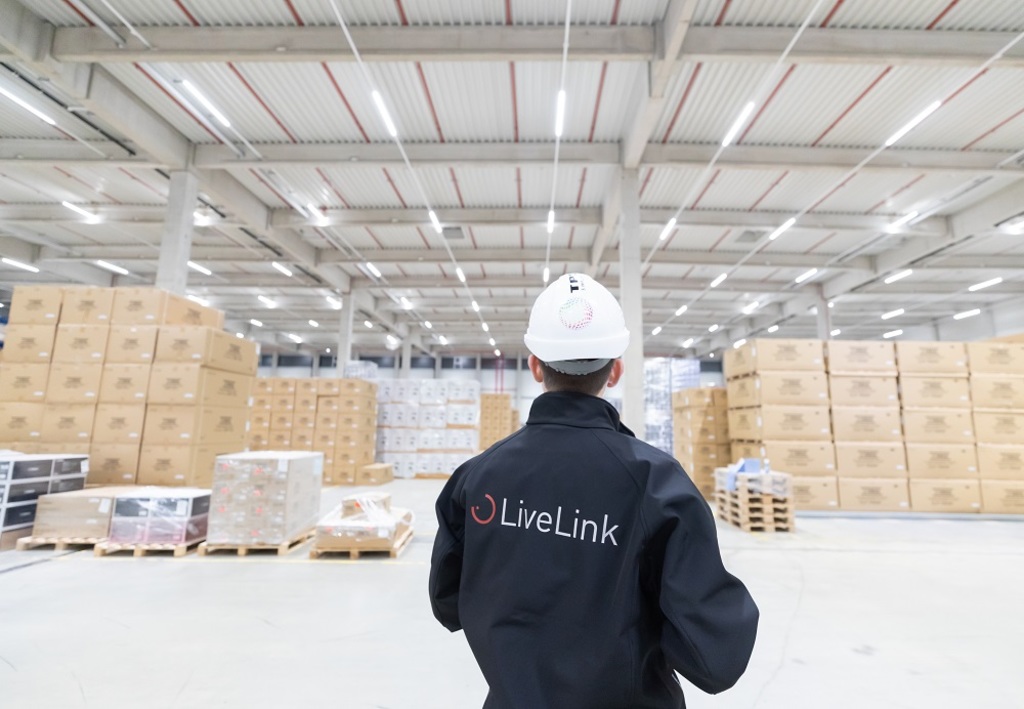 REACHING NET Zero means finding CO2 savings in all areas of the business. Kuehne+Nagel realised that, by turning to connected LED systems, for the lighting in their enormous facilities, there was a high potential for reducing CO2. This project was undertaken by Trilux who, as a full-service provider, converting all lights in the facilities over a short period, including installing light management and IoT functions.

In addition to the logistics areas, the associated outdoor areas were also converted to energy-efficient Dali-based Trilux systems and networked with the LiveLink Outdoor light management system. All in record time and without interrupting operations.

In Obergeorgswerder, the indoor luminaires were connected with the LiveLink Premium light management system, designed to control and monitor large projects with any number of light points. By combining this with presence and daylight sensors, energy costs can be reduced by around 26% compared to an unregulated LED solution. In the outdoor areas, LiveLink Outdoor was used.

One of the largest tasks at Obergeorgswerder was the renovation of the 44,000 square metre handling space divided over five halls. The first step was to dismantle and dispose of the 7.5 km of old light strip. After that, Trilux installed 7.5 km of its E-Line Next LED. Thanks to a specially conceived LED shuttle, this process went quickly, efficiently, and sustainably. The product delivery followed a new principle: lights were not individually packaged or sent as a bundle on pallets in the usual way but were pre-assembled on a five-meter-long transport system with wheels and delivered to the customer by truck. This simplified and sped up the installation process tremendously, as the LED modules do not have to be unpacked, and there is also no waste for disposal. In Obergeorgswerder, the complete renovation of all luminaires, including the 7.5 km light strip, was implemented in just eight weeks without interrupting daily operations.

In Obergeorgswerder, the location-based service "heat mapping" is implemented via the lighting infrastructure. Robust 3D sensors in the luminaires determine the paths of people and vehicles in the halls to find hot spots, danger, and congestion areas. The data is then displayed as graphically prepared frequency distributions on the hall floor plan. This information helps the centre adapt and reconfigure its layout to avoid the risk of accidents, generally improving safety for all employees.

The renovation has paid off. Replacing the conventional system with energy-efficient LED technology – and light management – resulted in a significant reduction in the operating costs at both locations. A comparison of electricity costs in October 2020 (after the renovation) and October 2019 shows a reduction of around 30%. At the same time, the quality of light has increased, with sometimes surprising effects. In Obergeorgswerder, deaf employees report that they feel much safer in the work environment because of the additional brightness. And when it comes to future viability, no wishes remain unfulfilled. With heat mapping, Kühne+Nagel has already implemented a location-based service for the lighting, and the systems can be upgraded with additional IoT components.

When it comes to future viability, no wishes remain unfulfilled. With heat mapping, Kühne+Nagel has already implemented a location-based service for the lighting, and the systems can be upgraded with additional IoT components.