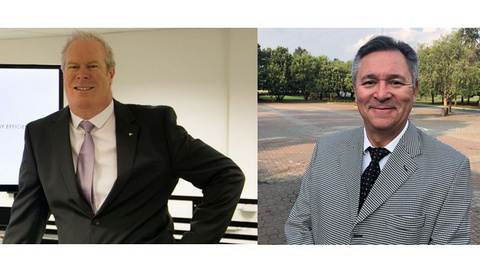 Campbell was a founding partner of the company's operations in South Africa and previously served as MD of Interroll South Africa.

Campbell has a proven track record of delivering successful account acquisitions, matched by comprehensive contract/project management, and an impressive ability in profit and loss management. He is a regular guest speaker at high-profile supply chain and distribution events around the world. Hilton Campbell follows Chris Middleton who retired after holding the MD position for 13 years.

“We thank Chris Middleton for his outstanding contribution in growing Interroll in the UK into what it is today,” says Dr. Christoph Reinkemeier, Interroll executive vice president global sales & service. "With Hilton's proven customer focus as his highest priority, customers should expect continuing value-add and support for their present and future material flow needs.”

Now, the promotion to the position at Interroll in the UK sees him leave the South African operation with its highest ever order income since its inception 21 years ago. “I am looking forward to adding value to the UK operation, not just by growing sales by excellence, but by continuing to elevate our brand reputation in the market,” says Campbell.

Simultaneously, Kerr Walker, previously sales director for Technilamp, took over as MD at Interroll South Africa. His career includes roles with firms in advanced polymers and machining and tooling, amongst others.

Walker will be reporting to Maurizio Catino, Interroll senior director for global sales and service. “We have full confidence in Kerr that he will continue the success we have enjoyed and, with our amazing team, grow the trust of our customers to even higher levels in many aspects,” says Catino.