Home >Helping UK Museum bring the past to the future!
ARTICLE

Helping UK Museum bring the past to the future!

Fossils Galore is a ‘One of a kind’ educational activity Centre located in March/Cambridgeshire having been set up by its founder and curator Jamie Jordan in 2003. 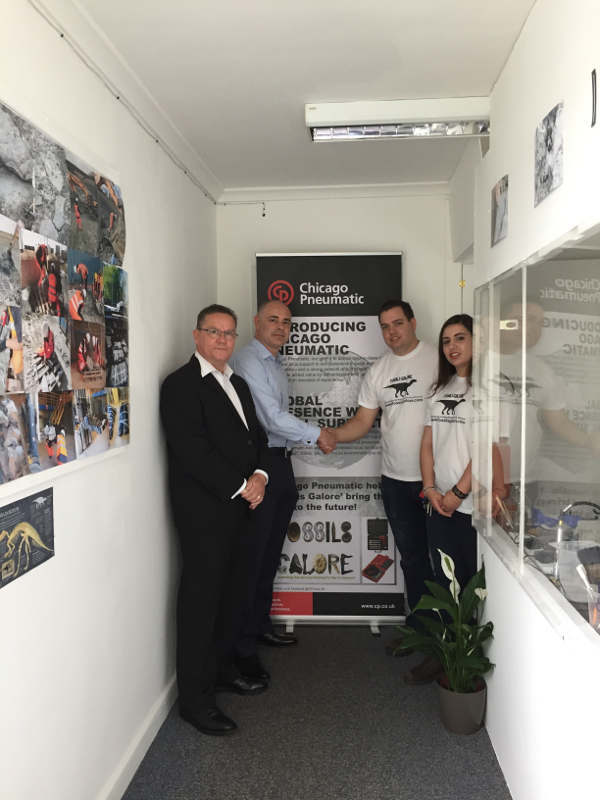 They started educational fossil hunting trips in 2006 and opened their small yet amazing museum in 2010, and further set up the Educational Activity Centre in 2012.

Jamie Jordan himself is a qualified Archaeologist with over a decade of experience and is a renowned expert in his field. A self-educated Paleontologist. Credited with over 50 important finds from his first Cretaceous Bird Footprint up to the Big Fish Skeleton (new species).

On a ‘Dig’ in Surrey in February 2017 the team began work removing large sections of clay containing bone specimens using tooling such as the CP7150 hammer Gun and then CP9361 Industrial Air Scribes from their sponsor Chicago Pneumatic.

In May 2017, Jamie along with fellow enthusiast and Manager Sarah Moore announced their biggest find of all ‘Indie’ The Iguanodon’

• Identified by its famous ‘thumb spike’ and odd number of teeth

They now have a purpose-built observation work room in the museum and will continue using the Chicago Pneumatic tools over the next 3 years so they can remove the bones carefully and intact taking casts and ultimately having their dinosaur displayed.

Schools and enthusiasts will be able to visit this amazing Centre and see the progress in front of their eyes, as ‘Indie’ The Iguanodon is removed from the clay.