Home >On track for digitisation
ARTICLE

On track for digitisation

Train passenger rates in the UK have doubled over the last 20 years, making it the fasting growing in Europe, and with numbers expected to continue to rise in the years ahead the question of how to create the capacity needed to sustain jobs and growth in an affordable and achievable manner is high on the agenda 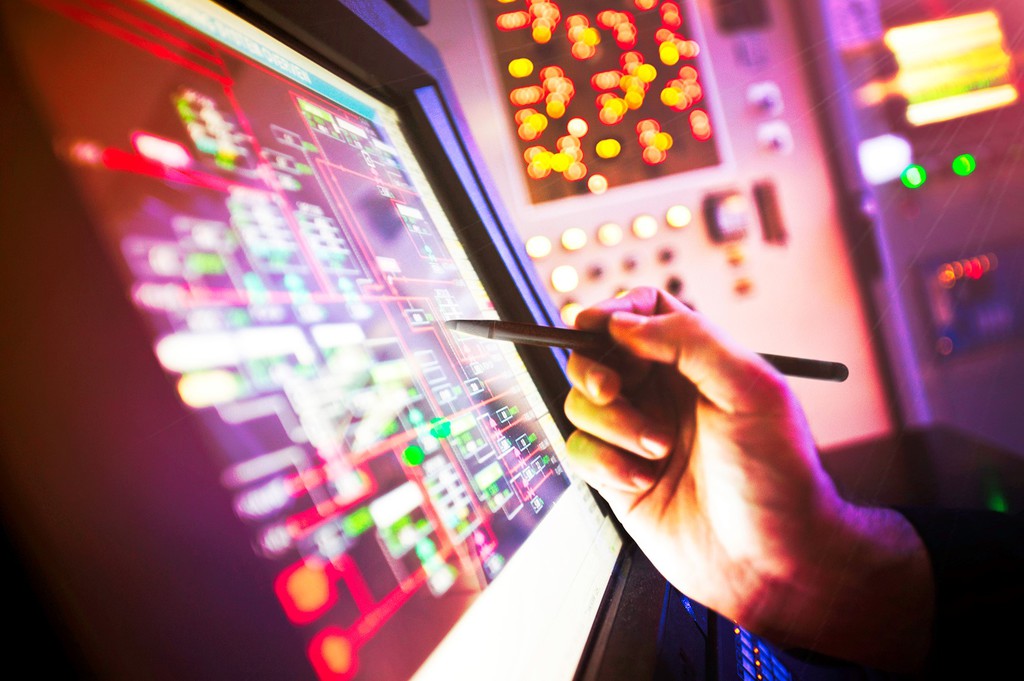 Building enough track and platforms to solve this challenge in a traditional way is not achievable, so with conventional construction proving expensive and disruptive, a digital solution is being advocated.

Digital Railway is the proposal for the UK to adopt modern digital signalling and train control within the next 25 years and create credible options to upgrade the railway to next generation technology as it becomes available. Central to this is ETCS – the European Train Control System – a signalling system designed as a pan European system for lineside signalling. The control system knows where the train is by detecting ‘balises’ mounted in the the space between the rails on a standard gauge railway line, calculates safe zones both in front and behind it, and instructs the driver through a display in his cab. If safety is threatened, it will even intervene and bring the train to a stand still. As a result it will be possible to run trains closer together without supervision, optimising speed and movements.

One example of such measures has already been embarked upon by Great Western Railway, which is employing a delay-busting Traffic Management system to boost performance on train journeys between London Paddington and Bristol Parkway. Thanks to a two year contract agreed between Network Rail and the British signalling & train control specialists, Resonate, a one year trial of ‘Luminate’ Traffic Management System could see reactionary delays reduced by up to 15%.

Traffic Management systems on the railway manage and monitor the flow of trains identifying conflicts, allowing plans to be changed and so more effectively reduce delays and the impact to passengers. The system takes into account the different types of trains and services operating across the network forecasting their forward journey, highlighting any potential conflicts or delay. When disruption occurs, Traffic Management enables real-time re-planning to happen quickly so that train services can get back to normal as fast as possible, minimising delays.

The project to deploy the system has already commenced and once finished in June 2018, the trial will run for a year until 2019.

Elsewhere, a landmark contract has been awarded to Chippenham based Siemens Rail Automation by Network Rail to start installing European Train Control System (ETCS) in-cab signalling on Britain’s freight fleet with an ultimate ambition of equipping around 750 vehicles. 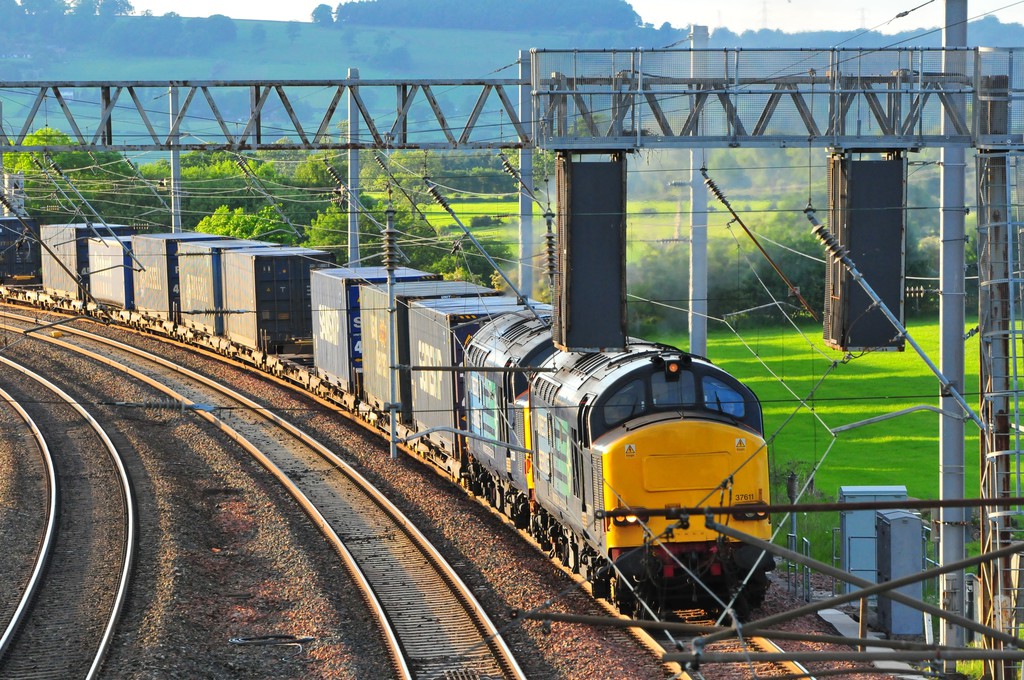 The initial focus will be on the heaviest used types of locomotive and the learning from this first stage will be used to inform the wider potential fleet roll-out from 2022 onwards.

The initial phase is expected to lead on to become one of the world’s biggest ETCS retro-fit programmes; Siemens will install its Trainguard 200 ETCS on-board solution on freight locomotives which operate across Great Britain. Siemens’ Trainguard Level 2, Baseline 3 system will be installed to align with Network Rail’s proposals for deploying ETCS to the rail network.

And it’s not just train movements that the Digital Railway concept encompasses, but those of the passengers themselves; after all, what is the point of having a high performance signalling system and trains capable of achieving a high-capacity service if escalators and stairways get congested and people can’t quickly move off the platform?

According to Siemens understanding how people behave and then predicting and responding to those behaviours is an area where mobile technology and data-farming can start to be used. Engineers can then be better informed in the design of systems to respond to such factors. Along with other companies, industry stakeholders and academia, Siemens is now starting to invest in finding and developing innovative approaches to respond to this challenge.

Modern railways are a complex combination of systems working together

Modern railways are a complex combination of systems working together. Many of these can operate automatically to set routes, regulate trains and make decisions about passenger flow, but performance and costs of the whole system are optimised when they are fully integrated. This involves clear and detailed system engineering to ensure information is available to all systems that need it, including the operators who need support to make decisions quickly and efficiently.

The extended monitoring and control that digitisation requires brings with it a further need for flexible power backup systems. Responding to the needs of a large range of applications and designed for use in enclosed outdoor environments, Powerbox’s BBU-S comprises an industry standard 19-inch rack unit with sub-modules. 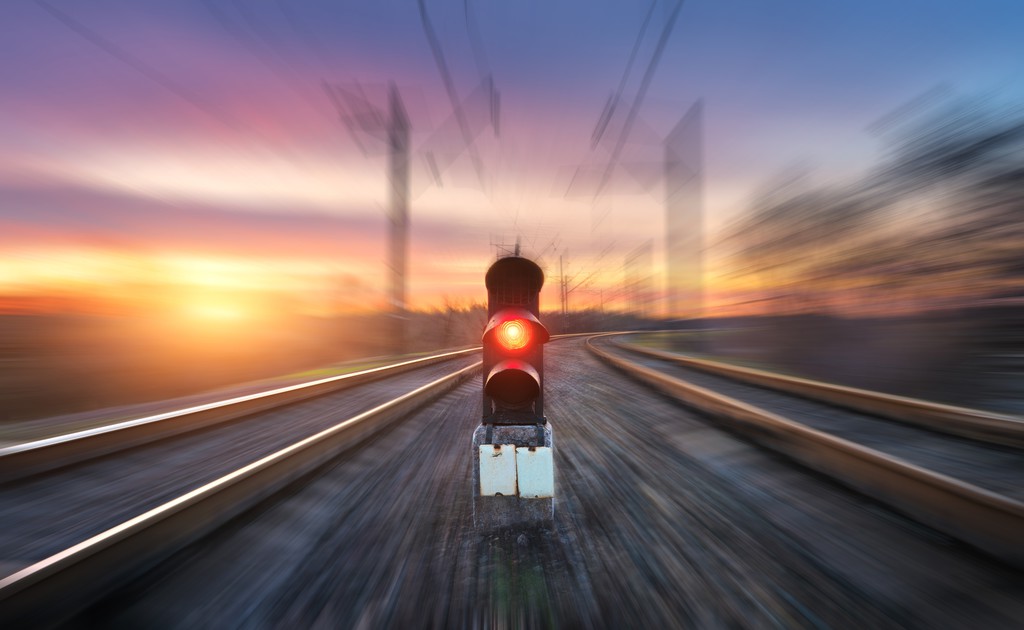 The BBU-S starts at 340W and is available up to 1200W. For remote monitoring and control, the BBU-S offers multiple options such as LAN interface, a radio communications module (GSM, 3G, LTE) and can be reconfigured to match specific demands as needed for different applications.

SKF Insight gives key information on the state of critical wheel-set components. It relies on retrofitting a small advanced, wireless sensor to the wheelset axlebox assembly – which takes just a few minutes for a complete wheel-set– to detect bearing damage and wheel flats quickly and accurately. By raising wheel-set maintenance efficiency practices, it helps to keep rolling stock in good working order. 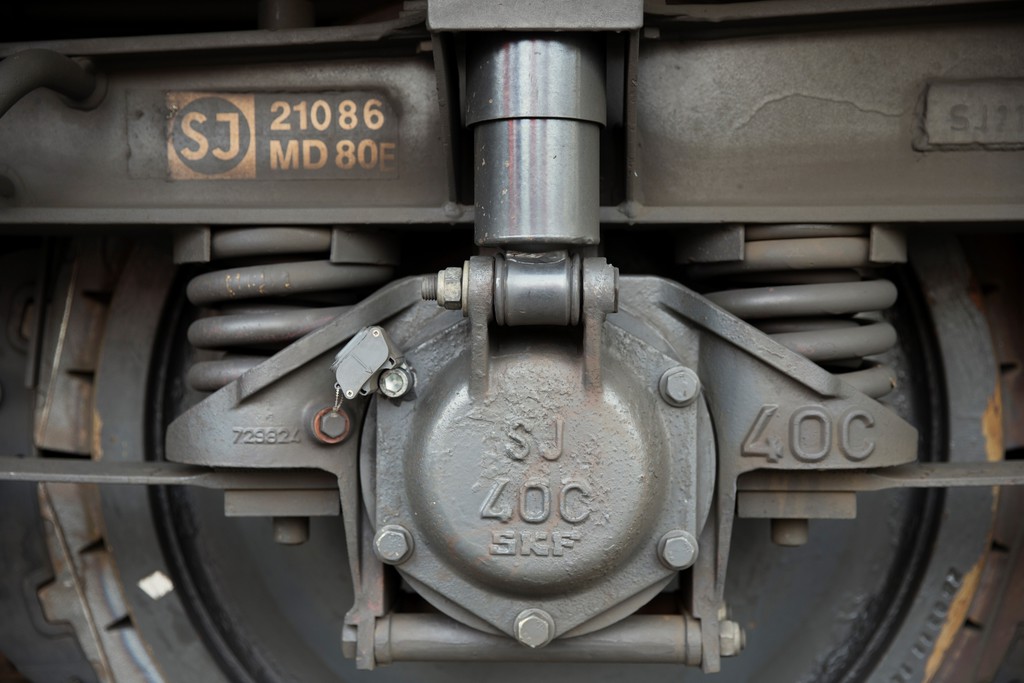 “Trains need to be out on the track, rather than spending time in maintenance depots being serviced,” says Mark Rhodes, development consultant at SKF.

Despite being in a noisy environment, the wireless sensor picks up inconsistencies in the vibration of a bearing as it begins to fail. Sophisticated vibration signal processing and algorithms separate the signal from the noise, ensuring that the sensor produces and sends accurate data for further remote diagnostic analysis if needed.

Earlier versions of this technology sent the information from the sensors to a processor installed on the rail vehicle, via cables. However, SKF Insight uses wireless data transmission – sending data directly from the sensor to the cloud and further on to the remote diagnostics center, using mobile networks.

“There’s now no need to fit a cumbersome on-board gateway router – and all the cables have been removed,” adds Nils Ekholm, Technical Leader at SKF.

A key part of the system is its ability to provide clear recommendations from complex data. Once the data from a sensor has been processed and a damage has been detected, SKF experts produce a report. If a maintenance operation is recommended the operator receives a notification and the component/bearing exchange can be planned and performed at a suitable time. 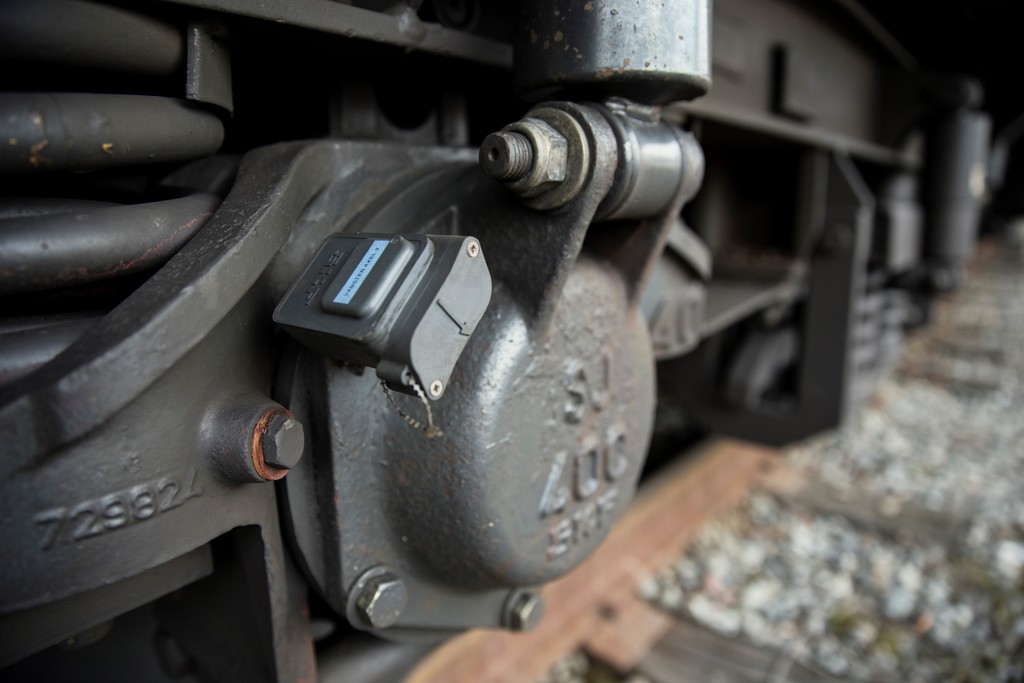 Besides vibration, the wireless sensor system also analyses information on temperature – as well as speed GPS positional data. All generated data is stored securely in the SKF cloud.

The rail industry is adopting composites materials at a rapid rate to help solve many challenges, with use predicted to grow by up to 40% (£100 million) between 2015 and 2020 according to the Composites Leadership Forum. The key properties of composites that are helping solve these challenges are their strength to weight ratio, durability, longevity and customisability.

The rail industry is adopting composites materials at a rapid rate

Composites high strength to weight ratio means that smaller items like trench covers can be moved manually instead of requiring lifting equipment, larger items like train doors can operate faster and more efficiently, while even larger items like bridges can be built using less material reducing costs. Their durability means they perform year after year in all weather conditions and can withstand exposure to corrosive materials like salt and fuel. Their longevity means they last longer than traditional materials, reducing disruption which is especially important for products like sleepers. Finally, composite products can be custom manufactured to suit the application, instead of building on site, which enables fast installation, allowing products like FRP bridges, which can be installed overnight.

Research at the University of Huddersfield could lead to new generations of railway vehicles with carbon fibre frames and key components made using the latest 3D printing technology.

The investigation of novel materials and manufacturing processes is being carried out by the University’s Institute for Railway Research, which has been awarded funding of almost £300,000 as part of an EU-backed project to develop lighter, more reliable, more comfortable and quieter rolling stock.

“We hope that the result will be a step change in the running gear of rail vehicles,” said the IRR’s Director, Professor Simon Iwnicki. The aim is to explore the potential – and any shortcomings – of new materials. The benefits would include reduction in the weight of bogies, simpler designs and reduced life cycle costs.

RUN2RAIL is the overall title of the new project. It is an element of the EU’s multi-faceted Shift2Rail programme, which fosters research and innovation in European railways. The total funding allotted to RUN2RAIL is 2,732,000 euros, and it has four work packages, shared by leading engineering companies and universities throughout Europe. 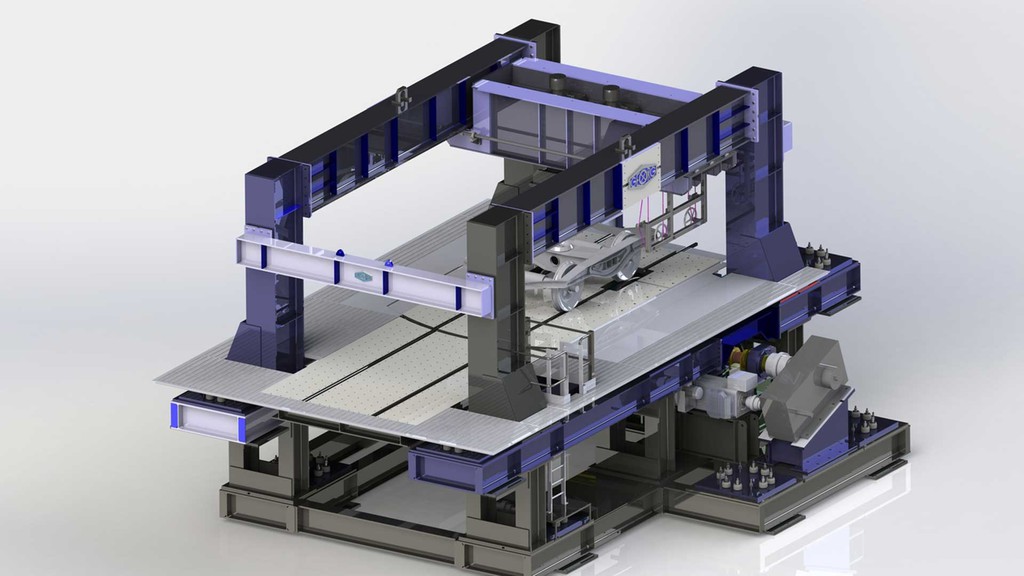 The Huddersfield Institute is participating in three of the packages, and is the lead institution for the project to investigate optimised materials for running gear.  t will work with the Politecnico di Milano, consultants RINA and the Italian engineering and design company Blue Group.

Professor Iwnicki explained that it was the Institute’s expert knowledge of the design of railway bogies and their dynamic behaviour that was being harnessed for the work package.  At a kick-off meeting in Milan with the partners, it was decided to investigate the use of carbon fibre composites, which would enable bogie frames to be constructed layer-by-layer by robots.

“You can have any number of curves or shapes and therefore build up the shape you actually want, whereas with a steel frame there are only a certain number of shapes you can make,” said Professor Iwnicki.  “Also, carbon fibre is much lighter and you can put the material just where you want it, which makes it lighter still.”
Another strand of investigation will be the use of additive manufacturing – or 3D printing – done with lasers and steel powders.  This technology is becoming more mature and components, such as axle boxes and brackets for brakes are now candidates for this process.

Although one engineering firm has produced a railway bogie that includes carbon fibre leaf springs, the RUN2RAIL project could lead to unprecedented usage of novel materials in rolling stock construction.  For the moment, wheels will probably still be made from conventional steels, however.

“We have considered using alternative materials for wheel hubs or axles, but the failure modes and risks are not yet fully understood.  But we are looking at it,” said Professor Iwnicki.

The RUN2RAIL project is now under way and is due to be completed by August 2019.