When dual-arm robots learn to see 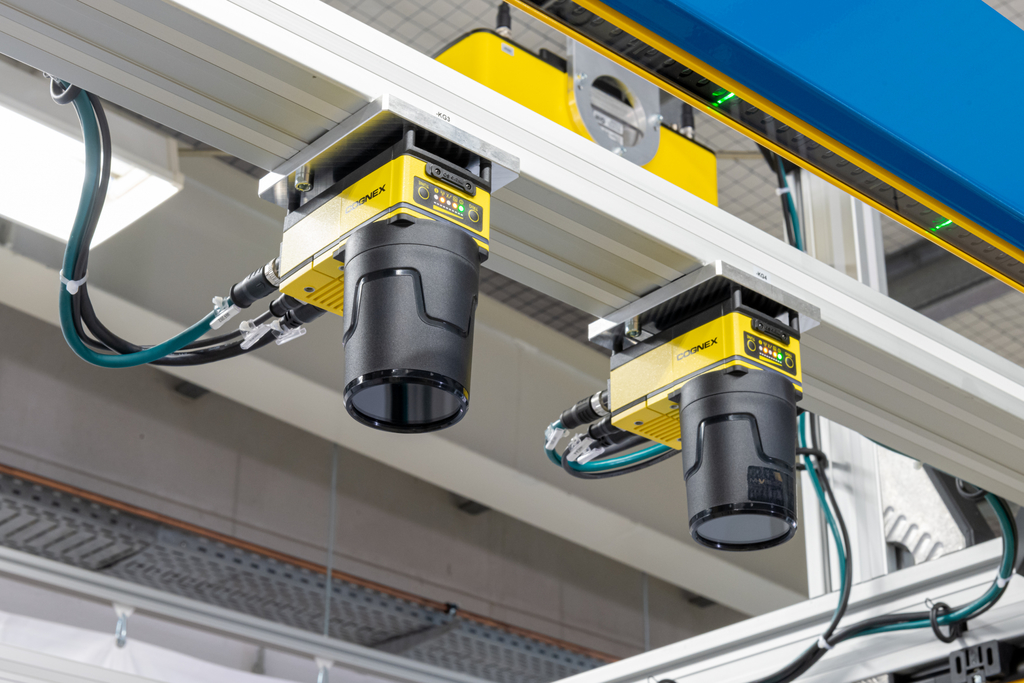 Printed circuit board assembly in electronics manufacturing is largely automated. Robots of various designs undertake steps such as SMD placement, soldering and automated optical inspection (AOI). Until now, an exception has been the through-hole mounting of so-called wired components such as capacitors, power coils and connectors. This is still mostly done by manual assembly, as it is a complex process that cannot be easily automated.

This is precisely the challenge that presented itself to the engineers from Glaub Automation & Engineering GmbH in Salzgitter. As CEO Niko Glaub says, “A client asked us concretely whether we might not be able to find a solution for automating this step.”

This challenge was the major incentive to developing a solution. Glaub's team enthusiastically set to work and the solution is now already being used — and it is highly unconventional. The assembly is done by a dual-arm collaborative YuMi robot from ABB, which — thanks to its two arms — can assemble the circuit boards twice as fast as a conventional robot.

The automated process in the ultra-compact “GL-THTeasy” robot cell takes place as follows: The robot is provided with blister packs with capacitors, for example, via a conveyor line. A data matrix code on the blister pack allows the item to be identified. YuMi then grips one capacitor after another from the blister pack and places it precisely on the printed circuit board. Alternatively, it can also remove the electronic components from an ESD container, for example, or a vibratory conveyor. This is immediately followed by soldering from below. Empty blister packs are removed by the installation via a recirculation system and full ones are then automatically fed in.

This all sounds quite logical so far, and we may wonder why this assembly process was not automated before now. The answer: robotics was unable to cope with either the high variability in the component feeding or the slight inaccuracies in positioning the components. This meant that the few previous robotic solutions were extremely complex, elaborate in terms of programming, and not particularly reliable in practice.
However, Glaub's new robot cell uses smart cameras for the first time, boasting state-of-the-art image processing technology from Cognex, the market leader in industrial image processing. The position of the components in the blister packs is detected using 3D surface sensors — which also allow targeted picking from the bin or the vibratory conveyor, in order to then further measure the capacitors and printed circuit boards with the help of 2D cameras.

Image processing thus plays a crucial role in the success of this concept. Glaub's engineers worked together with Wendeburg-based M-VIS Solutions GmbH to choose the cameras suitable for this application. Cognex's solutions partner M-VIS developed a solution with several cameras that both capture the data matrix codes on the blister packs and precisely measure and locate each individual component.

Vitali Burghardt, CEO of M-VIS Solutions, explains: “With the 100% absolute measurement of components and printed circuit boards, GL-THTeasy compensates for every inaccuracy in terms of components, gripping, workpiece carriers and conveyor belts.” This means that components that do not fit exactly are immediately eliminated.

As part of a feasibility study, M-VIS — supported by Cognex — chose eight cameras, four for each robot arm. An In-Sight 7802M vision system measures the parts and provides the necessary information to correct the position of the gripper. A further system from the In-Sight 9912M series measures the circuit board and if necessary corrects the gripper's movement when it is placing the component on the board. The 3D surface- scan camera 3D-A5060 with patent-pending 3D LightBurst technology and integrated VisionPro image processing software “sees” the position of parts in the feed line.

Niko Glaub explains this step in more detail: “In each process step, the cameras capture the actual position of the component, the gripper and the circuit board in relation to the electronic component. In other words, the ‘legroom’ of the components is aligned with the actual dimensions of the assembly positions. First of all, this allows the component to be automatically found and removed, and then enables totally accurate through-hole mounting on the basis of actual position data.”

This approach offers a further advantage: since the movements are controlled based on cameras, the operators can generate a new placement model without programming. The camera images produced serve as a basis for this. This simplifies and accelerates not only assembly but also conversion. The GL-THTeasy robot cell is thus a prime example of flexible automation offering a smart solution for both current and future requirements.

ABB YuMi's two arms work simultaneously round the clock, allowing 24/7 operation at high speed with a very short cycle time, which can be under three seconds depending on the components to be installed and the feed. The amortization period is also impressive, coming to around fourteen months from GL-THTeasy's first use.

The new robot cell therefore scores points on several counts, which support its use: innovation, reliability, efficiency and future viability. With Glaub and M-VIS, there is no doubt that this smart solution will persuade many other electronic manufacturing companies in the future to automate the process step for printed circuit board assembly with this flexible and efficient method.