The summer of 2018 has delivered the longest heatwave in more than 40 years and, to many, represents the ever more evident issue of climate change. It is widely accepted that global warming presents one of the greatest risks to the planet, and therefore humanity, a fact which UK industry cannot and should not ignore. Andy Jones, managing director at Mattei, explains the role of air compressors in reducing greenhouse gas emissions produced by the industrial sector 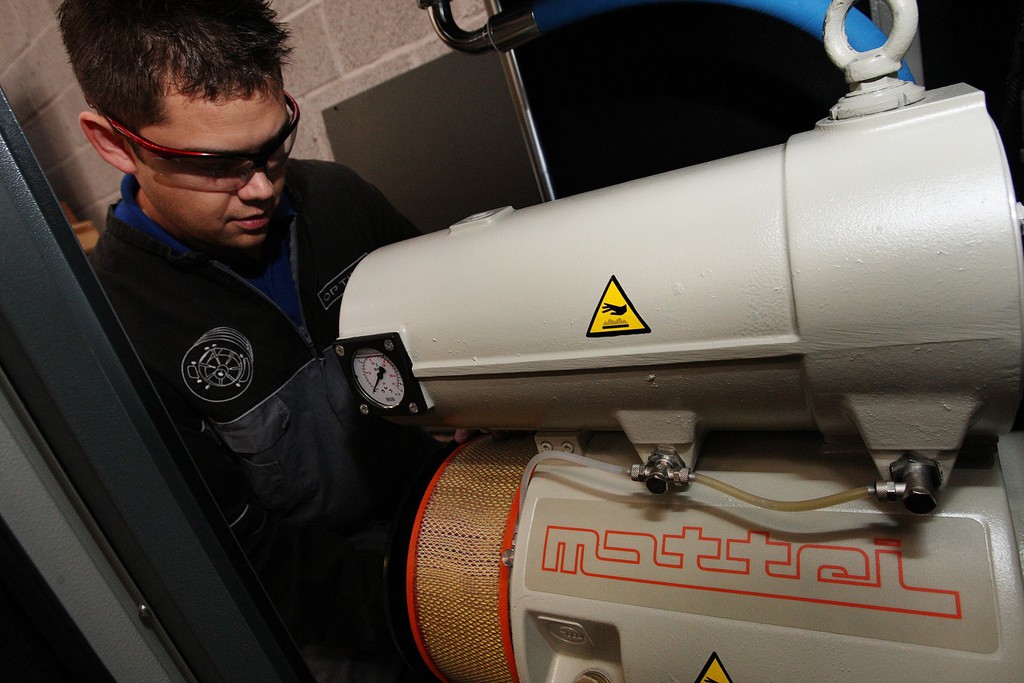 Global warming has been a hot topic in the industry for several years now, and with ongoing research into how the phenomenon will impact our planet, focus on the matter is unlikely to diminish.

According to an independent study performed by the Intergovernmental Panel on Climate Change, the present rate of greenhouse emissions makes a global temperature rise exceeding 4°C an inevitability by the end of the century. Whilst this may not seem much from a layman’s perspective, it’s important to consider that experts widely agree that a 2°C temperature rise over that period is the limit to avoid irreversible damage to climate systems and to prevent global socio-economic models from collapsing.

Whilst the Paris Agreement was approved in 2015, representing a landmark climate accord, subsequent shifts in the political landscape have cast doubt onto the wholesale implementation of the aggressive measures originally agreed. Even if the Agreement were honoured by all 195 nations which originally entered the accord, it would still not be enough to solve global warming. The best case scenario that the Paris Agreement is likely to achieve is a reduction in global emissions of about half of what would be required to avoid an increase in global temperatures of 2°C.

A major contributor to greenhouse gas emissions, and therefore the global warming crisis as a whole, is electricity consumption. The industrial sector accounts for more than 50% of global electricity consumption (6673TWh), and of this, up to 20% (1335 TWh) is due to air compression and delivery to its final uses.

With this in mind, it’s clear that energy saving and energy recovery in industrial compressed air systems should be recognised as an important consideration in any plan to reduce greenhouse gas emissions and curb global temperature rises.

This was highlighted by the EcoDesign Directive 2009/125/EC, having identified the product group ‘Compressors driven by electric motors’ as a priority group in the first iteration of the Ecodesign Working Plan. This required the Eurpoean Commission to present a study on air compressors and possible measures to improve their impact on the environment (Lot 31). This study is ongoing, and may result in new legislation removing a large swathe of air compressors with poor specific energies from global markets.

However, whilst most major compressor manufacturers have successfully reduced their specific energy over recent years, there is much more to compressor efficiency than the traditional specific energy calculated by the conventional life cycle cost calculation (LCC).

In previous articles, Mattei has discussed the impact of relying on the standard life cycle cost calculation, especially with reference to long-term wear. Essentially, if the change in compressor efficiency across its lifespan is not factored in, a true LCC cannot be reached. This not only means buyers are being misinformed on the true running costs of units, but that energy efficiency measures could be being built upon misleading information.

Zero-hour compressor performance data is currently being used to draft new legislation in an effort to tackle the global warming crisis, and important information like true life cycle costs must be accounted for. If it is not, then the benefits of any new regulations around industrial air compression could be drastically limited.

The design of a rotary screw compressor consists of a pair of meshing helical lobed rotors. The rotor shafts are supported by roller and thrust bearings and generally one rotor drives the other by means of the helical profiles. During rotation, the screw profiles uncover an intake orifice at one end of the stator, through which the air enters and fills the volume between the profiles. On the opposite side, the profiles penetrate each other, thereby reducing the volume, which compresses the air until the delivery ports are uncovered. Lubricant is injected to seal, lubricate and cool the compressed air. The lubricant is subsequently removed in the reclaimer tank followed by a final coalescing element. The compressor is started and stopped through the system pressure switch set to the maximum and minimum settings.

Within this design, the clearance path between the rotors and the end clearance on the high-pressure side are important for performance. However, these provide significant leakage paths between the high and low pressure working chambers, meaning potential for leakage is high. Whilst the size of the radial and interlobe clearances is determined by the size and tolerances of the main compressor parts, the axial clearance is set during the machine assembly. And, given that the performance of a screw compressor is highly affected by leakage, any modification of the clearances is likely to have a significant impact on efficiency.

It can be argued that, in today’s market, clearances are extremely small. This is true, and clearances between rotors can be a as small as 12μm (for reference, the average width of a human hair is 70μm). But, while this allows the reduction of the interlobe clearance and, as a consequence, improves the volumetric  efficiency of the compressor, the clearances are now so small – comparable to the rolling element bearing clearances - that they can, in fact, interfere in the reliable and efficient performance of the compressors.

The effect of clearance size and distribution has been studied thoroughly and has highlighted the impact of these very small clearances. It has been demonstrated that displacing the discharge bearings by only 50μm resulted in a 2.5% change in the specific energy of the compressor being examined (at 1500rpm and 9 bar discharge pressure). It was also shown that increasing interlobe clearance by 31.5%, for example from 15μm to 20μm, led to a measured loss of volumetric flow of 1.7%.

By comparison, the engineering principles of a rotary vane compressor are very different. The assembly consists of a single offset rotor rotating within a cylindrical stator. The compression element is sealed with two end covers that house two white metal bushings. The rotor has machined longitudinal slots, into which fit free sliding blades or vanes. The rotor is generally directly driven usually between 1000 and 1500 rpm (50Hz) causing the blades to make sealed contact with the stator wall thereby forming compression pockets. Air is drawn in, along the length of the stator at the point of greatest volume, becomes trapped in the pocket and the volume reduced (pressure increased) through one rotation. At the point of smallest volume, air is discharged from the compression element (maximum pressure setting). Internally generated air pressure is used as the lubricant pump.

In vane compressors, the vanes are always in contact with the lubricant film on the internal surface of the stator. This keeps the two metal surfaces apart and seals in between adjacent cells. A lubricant wedge exists at the leading edge of the sliding vane. The precisely machined vane tip radius, adhesion of lubricant to the sliding element and the supporting surface (the stator) increases the lubricant pressure and creates a hydrodynamic lubrication film between the two surfaces. The viscosity increase that occurs in the lubricant, when extremely high pressure is applied, allows the lubricant to avoid being squeezed out from between the surfaces, maintaining a constant film in time. The lubricant also behaves as a perfect seal.

The vane compressor has no axial thrust pushing the rotor against either end cover. It is, therefore, unnecessary to control its axial position by means of thrust bearings. The axial clearance is set during the machine assembly, and, as the rotor is free to move axially, it is kept equally spaced from both the end covers by means of the lubricant which is injected, under pressure, through dedicated injection ports in the end covers, thus preventing contact and providing efficient sealing. As there are no wearing roller and thrust bearings inside a rotary vane compressor, the manufacturing set clearances are constant throughout the lifetime of the compressor. The benefit is two‐fold, first there will never be any loss in volumetric efficiency over time, and second the compressor will never require an overhaul to substitute the worn bearings. This allows Mattei to extend its compression unit (airend) warranty to 10 years with unlimited hours.

With these fundamental engineering differences between vane and screw compressors in mind, along with the previously discussed wear issues, it is clear that the standard LCC cannot be relied upon as a true representation of lifetime energy efficiency. In the face of global warming, and the devastating consequences that could accompany significant climate change, it is vital that we recognise the reality of compressor efficiencies and the impact that this can have on reducing industrial emissions. I believe that by choosing a rotary vane compressor, such as those available from Mattei, industry professionals can increase the efficiency of their outfits, and potentially help save the planet in the process.