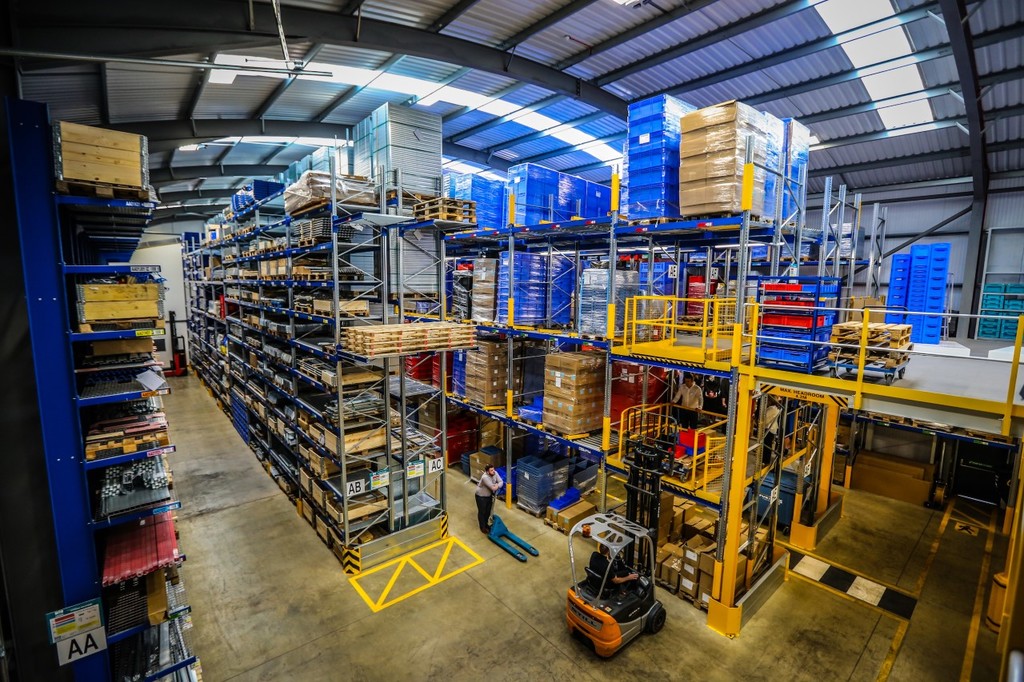 ONLINE RETAIL helped many manufacturers who saw normal outlets for their goods close during the COVID-19 lockdown. Some were able to pivot to their existing online channel while others were forced to establish Direct to Consumer (D2C) operations for the first time.

D2C opens up opportunities for manufacturers to obviate the traditional wholesale and retail end of a supply chain by selling and distributing their own goods – leveraging the marketing power of the Internet and social media. Of course, moving to a D2C model requires storage and order picking not only for parts to serve the manufacturing process but also for finished goods so they can be picked efficiently to fulfil orders.

Amore general movement by manufacturers in the direction of D2C had already begun before the pandemic struck, according to a Barclays Corporate Banking Manufacturing report called ’Going Direct’. Released in November 2019, it found that three quarters of UK manufacturers are now selling some or all of the products they manufacture direct to end-user consumers. Those carrying out their entire manufacturing and D2C fulfilment operation under a single roof are likely to require space efficient storage solutions. BITO is fully aware of the needs of manufacturers selling D2C as we do it ourselves – fulfilling orders for our order picking and intralogistics products from our interactive catalogue and online shop from our warehouse in Nuneaton.

These products include a broad range of plastic bins and containers to keep items safe and secure for order picking. They can be held in galvanised boltless shelving that can be configured to needs. There are Inclined shelving units that help access to goods and Euro stacking containers that provide an order picking solution without the need for shelving. Smaller manufacturers that need to step their D2C business up a gear, can move on to wide span shelving, live storage or even pallet racking. Where they have no free areas in their factories or warehouses, they can replace traditional static shelving in the lower bays of their pallet racking with flow shelves. Solutions might entail a mix of adjustable shelving for slower moving items and carton flow racks, which offer a greater density of pick locations within a short distance. Boltless versions of these systems are popular because they can be quickly and easily configured or reconfigured to handle the large peaks experienced in online retail.

Carton live storage gives much greater density to save space when it comes to storing smaller products. Pick speeds can be dramatically increased because there are a greater number of pick faces within a smaller area so staff walk shorter distances. Cartons of goods fed into the system at the rear flow unassisted down rollers in a lane designed around the carton, or container, to be presented at the front on the pick face. This means pickers have constant availability of goods. It all works within the FIFO principle, which enables easy control of time critical products, such as items with use-by dates. Live storage is not just for cartons, it works with pallets also and companies will often combine a mix of the two to suit different types of SKUs and speeds of throughput.

Manufacturers establishing D2C operations will also need packaging stations. These might typically require galvanised shelving on which items can be placed for building customer orders. Packing tables will need to be as ergonomic as possible for staff, allowing everything they need to pack efficiently to be directly in front of them. Equipping the tables with further aids such as waste bins, pull-out drawers, a computer shelf and a monitor stand will also help.

The current situation around the pandemic has reinforced the need for flexibility and to rapidly scale up operations during periods of peak demand. Manufacturers will see an evolutionary path for their D2C channel, starting out with manual operations. As volumes grow and business becomes more established, some form of mechanisation can be added into the process. Once firmly established and volumes and service levels scale beyond the productive reach of manual processes, it’s then time to consider automating processes.