EWELLIX SMART actuator CAHB-2xS has patented non-contact sensors to provide a true absolute position of movement that never require calibration, while motion is constantly monitored with the option to synchronise multiple actuators to offer parallel motion, even at full speed. 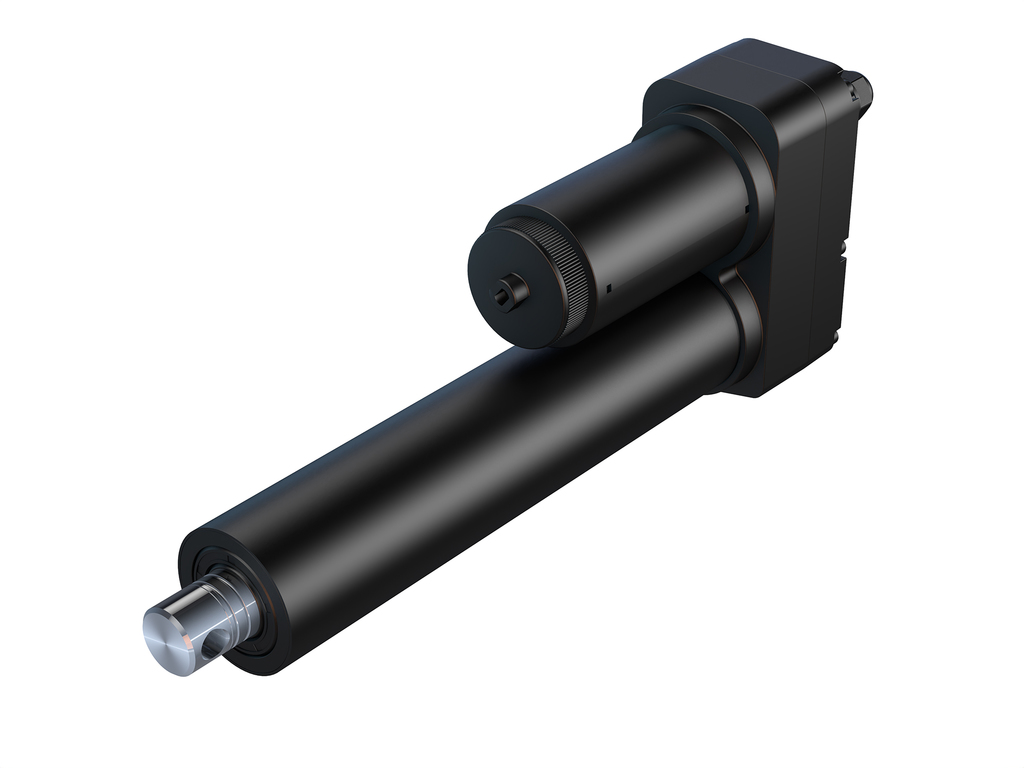 Ewellix has developed a smart electro-mechanical actuator with extended functionality, for use in demanding applications such as agricultural and construction machinery.

“The CAHB-2xS adds smart control functions, sensors and communication to equipment and machinery," said François Ducourant, business development manager at Ewellix, “it’s the first in a family of new products that are part of the Ewellix SmartX digital platform to help customers in their journey towards digitalisation.”

Patented non-contact sensors provide a true absolute position of movement that never require calibration, while motion is constantly monitored with the option to synchronise multiple actuators to offer parallel motion, even at full speed. In addition, the CAHB-2xS monitors its own condition and can transmit an error code if it operates outside specifications.

In terms of cost-saving, the actuator can be connected to a simple switch or a relatively inexpensive electronic control unit without the need for a high-current controller. When the equipment CAN bus is used, the actuator wiring can also be simplified. In addition, multiple actuators with parallel motion can be controlled without the need for an extra electronic box or CAN bus on the equipment – further pushing down material and development costs.

Machine developers can also design new products – or perform upgrades – more easily and quickly using the new actuator, with its plug-and-play functionality. For example, the firmware can be loaded to the actuator, allowing features such as the end stop to be adjusted from the equipment.  Additionally, the CAN bus command allows users to specify an exact actuator position that is reached at a defined speed and with a maximum force, while the intelligent firmware eliminates the need for calibration or actuator testing.

End-users find that the actuator’s smooth, powerful motion with soft stop/start – even when handling large loads – helps them work more productively. In addition, onboard diagnostics help identify any problems early, allowing them to be resolved before they become a serious concern. Minimising unscheduled shutdowns help reduce maintenance costs.

The actuators have a wide range of potential applications. These include agricultural equipment, construction machinery and materials handling equipment. They can also be used in work platforms and scissor lifts, and in electric vehicles such as utility task vehicles (UTV), road-sweepers and buses.

One example is an autonomous mobile robot (AMR), which could use four actuators to lift heavy loads in a horizontal plane. Alternatively, a combine harvester might use dozens of actuators – connected to an electronic control unit (ECU) to ensure correct process control, information feedback, and onboard diagnostic function.

The actuator does not require regular overhaul and maintenance, as would be needed in a hydraulic system. During development, the actuators passed the environmental test plan to satisfy OEM requirements when used in harsh mechanical, electrical and climatic conditions.

The new SmartX digital platform associated with the most powerful actuator of the CAHB-2xS series, the CAHB-22S – equipped with a ballscrew, is capable of delivering a push and pull load of up to 10,000 N. This arrangement offers high levels of efficiency, reducing energy consumption and making it ideal for applications such as battery-operated vehicles, where it can help to increase the range and reduce recharge times.

The CAHB-2xS was officially launched at the GIE+EXPO in Louisville, Kentucky, USA on October 20-22, 2021.