The UK is on track to have 1 million women working in core STEM roles by 2020, according to gender balance campaign group WISE, yet women say they are still struggling to find personal protective workwear and footwear that fits, despite ranges of both being available for over a decade. Have women’s ranges been missing the mark or are they simply not finding their way to the women who need them? It seems it’s a bit of both discovers Georgina Bisby 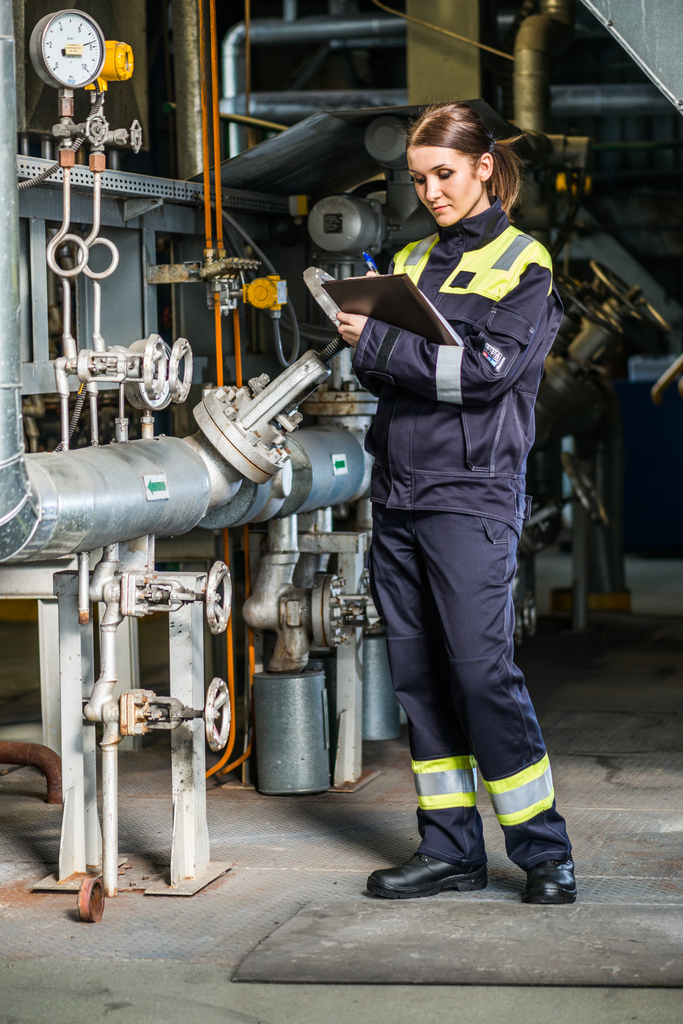 The case for providing women with protective workwear and footwear designed for the female form has been well made. From different hip to waist ratios to wider forefeet and shorter foot arches, women’s bodies are not the same as men’s so offering women men’s gear in smaller sizes or a unisex range just doesn’t cut it.

For example when choosing from a male or unisex workwear range women often have to go up a size to accommodate their hips. Consequently trousers are too long and become a trip hazard, knee pads are in the wrong place leaving knees exposed and long sleeves can get caught in machinery. Tales of women cutting sleeves off and taping up trailing garments are commonplace. Meanwhile poorly fitting footwear comes with a catalogue of complaints including blisters, weeping sores and general discomfort with women compensating with two pairs of socks and cotton wool. Needless to say being drowned in oversized clothes and stumbling around in shoes that don't fit isn’t particularly empowering, especially when women are trying to command respect in workforces that may traditionally have been a man’s domain. With groups like WISE emphasising that retaining women in STEM roles is as important as recruiting them, addressing this issue is more urgent than ever.

If you don’t ask you don’t get
Yet even though there have been examples of protective clothing and footwear on the market for over a decade a large proportion of women still aren’t getting what they need. This is partly because an “if you don’t ask, you don’t get” culture prevails. Health & Safety Consultant Becky Ray, who was the first and only female engineering apprentice in her company nearly two decades ago when, by her own account, she was a tiny 17 year old, says finding workwear to fit was an immediate issue. Becky counts herself lucky because distributor Arco sourced her some suitable women’s workwear from a supplier called Diamond but Becky says: “Since then working for other firms as an engineer and more lately a health & safety professor I have found that most firms default to men’s sizes for women and you have to ask if you want a better fit. This is sometimes a hassle - or at least feels like a hassle.”

Women who put their hands up and ask for better fitting workwear or footwear may fear they will be seen as seeking preferential treatment. Women’s options can also be more expensive with female workers reporting they have to persuade their employers to invest in suitable workwear rather than it being something they are routinely offered. In addition women express discomfort about having to disclose their clothing sizes to male colleagues and suggest they would appreciate more discretion. One female surveyor explains: “PPE is purchased by a predominantly male team and therefore I have to reveal my sizing to them, I am not embarrassed about my size but I don't feel comfortable discussing the need to accommodate ‘my wide hips’ with a male colleague.” The consequence is that many women simply put up with what they’re given, or worse still, feel uncomfortable in their role and are driven to leave.

Frustration with not being able to find the right protective gear drove surveyor Sophie Smith to take action. “The biggest challenge I have faced in my job as a female in a male dominated industry is not the attitudes and behaviours, as I have always felt very welcome; it is the physical aspects that make me feel I do not fit in, such as wearing ill-fitting PPE,” says Sophie. After years of struggling, Sophie started to write a column in her local paper about the challenges she faced. Sophie caught the interest of UK safety footwear brand Amblers Safety and they worked with her to develop ‘The Sophie Shoe’ which has become one of the company’s best sellers in Europe and led to her launching ‘The Lydia Boot’ in 2017. The AS601C Lydia boot has well thought out features such as a side zip for easy removal on cold sites and goes down to a size 2. Sophie explains: “The materials are lightweight and the boot infuses style with my signature touch of charm – with a statement splash of colour, in the image it is pink – a design flair much admired in my classic FS706 Sophie Shoe.”

Flower power
But pink isn’t for everyone. Some argue that feminising workwear can help to attract and retain women in traditionally male dominated workplaces by signalling that they are welcome there too. However others feel alienated by feminised offerings and believe a gender neutral approach is more helpful. Plumbing apprentice Hannah Cornby explains: “I don't want to wear pink or pink trim, I want to be known for my work, not the fact I'm a female.” While Senior Project Manager, Francesca Spencer reports feeling humiliated by workwear she has been offered: “I have a terrible pair of steel toe capped boots that have “women in work” stitched on in pink (you can only imagine the comments) but they were all we could get in a size 5. The box has butterflies stitched on it. It’s okay for the women who wants to feel like a princess at work but I don’t.”

Certainly attempts to feminise workwear can backfire. When one well meaning rail operator adopted a women’s workwear range they decided to have a floral design sewn into the inside of the clothes in an effort to make them more feminine but it didn’t hit the mark. Employees report that it had the opposite effect as it made a spectacle of the women’s garments and equally left some men asking “where’s our flowers”?

The good news is that manufacturers and employers are working closely with women to get the design of women’s workwear and footwear right. In the launch of its latest range footwear manufacturer V12, emphasises that women’s feet are different; the work they do is not. V12 worked alongside Transport for London for two years to develop its Challenger and Intrepid products. Determined not to patronise women with a ‘pink it and shrink it solution,’ the company came up with a design it says is perfectly fitted to the female foot shape. Meanwhile ProGARM safety has launched a whole range designed specifically for women who work at risk of ArcFlash. They redesigned all of their core products in women's sizes so that the whole team can still wear the same PPE and not compromise fit or comfort. And workwear manufacturer Ballyclare expanded its female fit range earlier this year to include sizes from 8 – 20, four leg length options and also made-to-measure garments.

Groups representing women in industry such as Women in Transport, Women in Fit Out and Women in Surveying are also helping to shed light on some of the challenges women face getting dressed for their job. Surveyor Marion Ellis, founder of Women in Surveying, has been leading discussions on #ppethatfits among the female surveying community through the Surveying Sisterhood Summit, covering topics including how protective workwear can be designed to accommodate pregnancy, breastfeeding and the menopause which are issues that will likely resonate with women in all sectors. Gas Fitter, Hollie Webb, explains: “As a self employed Gas Engineer I couldn't find any maternity trousers with knee pads in. It was one of the reasons I took maternity leave early. I felt ridiculous in baggy trousers and I would have made good use of some over the bump work trousers with pockets for knee pads as I continued to service boilers during my pregnancy.”

It is worth noting that not all women are unhappy with selecting from men’s or unisex ranges. Commercial Manager, Elizabeth Breedon explains: “I wear the men's sizes. I was offered new PPE in women's sizes but I just stuck with what I've been used to. There probably is some excess material that is an encumbrance, but I'm not wearing it everyday so it doesn't bother me too much. Project Geologist, Fiona Connor adds: “I’m fortunate to be 5'11'' with size 7 feet so can usually get away with men's PPE which doesn't always fit great but is usually cheaper, lasts longer, is more functional and has a greater range of options.”

The key to women being dressed for success is of course choice. Personal protective workwear and footwear is just that, personal, so ideally it is desirable for women to have a say in what they wear; 2018 has been a bumper year for launches of female-fit workwear and footwear with lots more in the pipeline for 2019 so there are certainly no shortage of options. But as these women's experiences suggest, if the goal of reaching and retaining 1 million women working in core STEM roles by 2020 is to be achievable, as an absolute minimum employers should check whether a women’s protective workwear is comfortable, safe and enabling her to do her job. Otherwise their female employees might just vote with their blistered, weeping feet.

(This article first appeared in the BSIF Guide).