Mike Nankivell, marketing director of Daikin distributor, Space Airconditioning, chairs the HEVAC Air Conditioning Plenary Committee and is Vice President of the Heat Pump Association. He is closely involved with industry regulation and legislation. Here he explains what legal requirements are likely to impact our readers in 2011 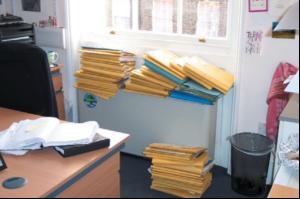 The energy consumption of buildings - new and old - has been highlighted as a major issue in the fight against global warming. The European Energy Performance in Buildings Directive (EPBD), which all member states are required to adopt, introduced legislation to address this.


Certificates
Following a study carried out in 2010, it was acknowledged that over 65% of commercial properties in scope have yet to obtain the legally required EPC. An EPC conveys summary information about the potential energy performance of a building, its fabric and services. The Energy Performance Certificate gives an A to G rating based on CO2 emissions and is accompanied by a report highlighting measures which, if adopted, have the potential to save energy and money. EPCs remain valid for 10 years unless the building is modified.

Not all buildings require EPCs. Exceptions include temporary buildings, standalone buildings of less than 50m2 that are not dwellings, buildings due for demolition, industrial workshops, places of worship, and some nonresidential agricultural buildings. The maximum penalty for non-compliance is currently £5k, enforceable by Trading Standards. The penalty notice also includes the requirement to produce a valid EPC.

As indicated above public buildings are covered by similar legislation through Display Energy Certificates. DECs are required for all public buildings in England and Wales with a total useful floor area >1000m2, which are frequently visited by large numbers of persons such as: central government, local authority, healthcare, and education properties. Some privately owned buildings that provide services from public funds also require DECs.

To produce an EPC or a DEC requires a qualified assessor to visit the building to conduct a survey and gather information on the building size, construction, use, type of heating, cooling, lighting and insulation.

Reports that accompany the EPCs and DECs are just the starting point for improving energy efficiency. There are some interesting case studies where impressive cost savings have been made as a direct result of adopting EPC, DEC and air conditioning inspection report recommendations.

If the system has a rated cooling output greater than 12kW but less than 250kW, the first inspection should have taken place before 4th January 2011. The only exceptions to these legal requirements are for systems installed on or after 1st January 2008, which have until 1st January 2013 to arrange an inspection. A/C inspections are required to take place every 5 years.


The economic downturn and absence of government funded publicity or policing have been blamed for the fact that many building operators have delayed compliance with this legislation. In fact, estimates on non-compliance are quite alarming. A leading accreditation body had put forward a figure of only 5% compliance, but more recent estimates suggest that the figure could be lower than 2%, leaving a massive number of buildings still needing A/C inspections, and likely to require remedial actions.

If non-compliance is being driven by economics, building operators need to understand that this legislation could actually help them make significant savings in running costs.

With so many installed air conditioning systems being quite old and relatively inefficient compared to technology available today, cost effective improvements can be achieved.Many older systems operate with an HCFC (R22) refrigerant gas, which will be banned by 2015 and so replacements for these systems need to be on the agenda.


As we emerge from recession, there are signs that building operators are becoming more interested in reducing maintenance and running costs through replacing, updating and increasing the efficiency of their installed A/C systems. Importantly, the government is looking at how to encourage compliance with these laws, as there is a risk of substantial fines in the event that European Directives are not effectively implemented.


So the watchword is 'beware', 2011 could see much more pressure on compliance with these pieces of legislation.
MORE FROM THIS COMPANY
Send Enquiry
View Company Profile
RELATED ARTICLES