Gerber Juice Company has been sentenced for safety failings after an engineer was killed by falling pipework during work to decommission a former factory in South Wales. Gerber fined £80k and ordered to pay £75k costs. 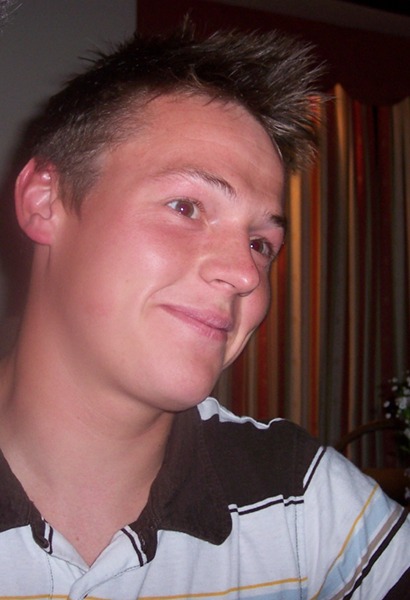 Gavin Bedford, 24, was helping to dismantle and demolish a section of industrial pipework at the  Ltd premises in Llantrisant on 16 June 2010 when the structure, weighing around 300kg, collapsed and struck him.
The electro-mechanical engineer from Porthcawl, a well-known surfing and British trial-biking champion, sustained critical head injuries and died three days later in hospital.
Gerber Juice, now trading as Refresco Gerber UK, was prosecuted after a joint investigation between the Health and Safety Executive (HSE) and South Wales Police discovered the company had failed to adequately plan and resource the decommissioning work.
Newport Crown Court heard that Gerber had closed their Llantrisant factory in 2010 and moved production to Bridgwater in Somerset. Mr Bedford was one of a small number of employees who had been temporarily kept-on to assist teams of specialist contractors in stripping the factory of its plant, machinery and services.

"Gerber had overlooked various hazardous tasks such as the removal of overhead industrial pipes and their supporting structures. This work consequently fell to the in-house engineers because they had not contracted the specialists to do it.”

During the decommissioning, the factory had become a construction site with Gerber electing to plan, manage and monitor the project themselves instead of appointing a competent Principal Contractor.
As a consequence, Gerber had overlooked various hazardous tasks such as the removal of overhead industrial pipes and their supporting structures. This work consequently fell to the in-house engineers because they had not contracted the specialists to do it.
The court was told that Mr Bedford’s work had not been adequately planned, risk assessed, communicated or monitored by management, and that the various safety systems that Gerber used to manage its specialist contractors had not been used to manage its own engineering staff on the same site.
The police and HSE investigation established that because no written plan was provided to the Gerber team explaining how the structure was to be taken apart, various bolts and structural elements were removed in an unsafe sequence. This is what led to the eventual collapse.

"Mr Bedford could have been lying injured for up to 40 minutes before he was found trapped unconscious under the pipes.”

Mr Bedford could have been lying injured for up to 40 minutes before he was found trapped unconscious under the pipes.
The Court also heard that a production manager for the juice factory was in charge of the hazardous decommissioning project, despite never having done this work before or having received any formal training. Furthermore, a safety officer only visited once or twice a fortnight and was based in Somerset.
Refresco Gerber UK Ltd, registered at Hans Road in London but based at Express Park, Bridgwater, Somerset, was fined £80,000 and ordered to pay £75,000 costs after pleading guilty to a breach of Section 2(1) of the Health and Safety at Work &c. Act 1974.
Speaking after sentencing, HSE inspector Liam Osborne, said: "Gavin Bedford, a young hard-working and highly-regarded engineer, was killed because of Gerber’s basic corporate failure to plan, manage and monitor a construction project. Any demolition or dismantling work must be set down in writing and strictly monitored – as the law requires. It is also basic common sense.
"If Gerber had given enough time at the beginning to think through what needed to be done, and how it should be done, then Gavin would still be here today.”
Nigel Bedford, Gavin’s father, commented: "This type of work was obviously dangerous and Gerber should have looked after Gavin properly. There was no planning for the job and the area wasn’t cordoned off. The management involved in the work didn’t have a clue what was going on.”
Anna Bedford, Gavin’s mother, added: "I am left heartbroken. Gavin was a perfect son. He was a perfect friend. It was as if Gavin was put on this Earth to do such wonderful things; to help anybody that needed him. He touched everyone he knew and he had thousands of friends. I am so proud to have been Gavin’s mother. The world is a poorer place without him.”
Information on health and safety legislation for employers is available on the HSE website here.
MORE FROM THIS COMPANY