A leading specialist in multi-axis machining is leveraging the benefits of Universal Robots supplied by RARUK Automation to load and unload its machine tools. A mix of seven UR5 and UR10 robots have helped Rousant Sherwood maximise the productivity of its workforce by automating repetitive tasks and allowed the company to bid for contracts which would have otherwise been unprofitable. 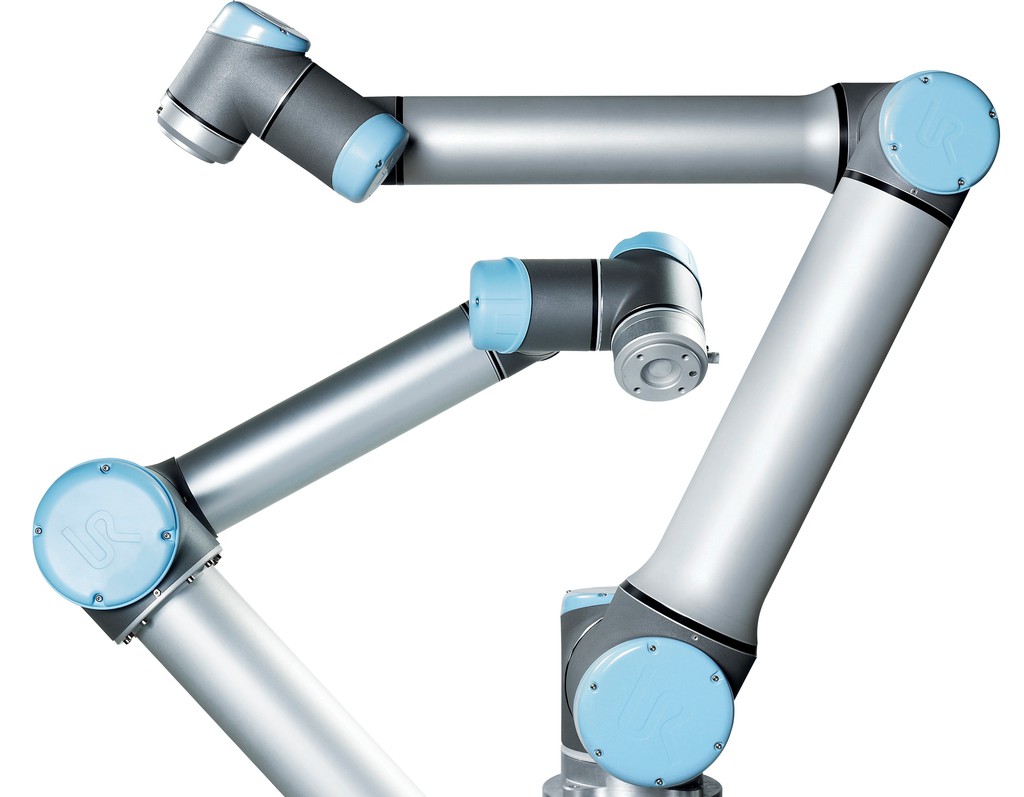 Rousant Sherwood Manufacturing (RSM) is a family-owned company based at Henley-on-Thames that has been specialising in the subcontract manufacture of complex machined components for more than 40 years. In this time, the company has built an outstanding international reputation in industries such as medical, aerospace and oil and gas.

RSM has always understood that continued investment in state-of-the-art manufacturing technologies is the key to its success. The company has 11 Nakamura-Tome multi-axis, multi-turret, twin-spindle turn-mill centres, complemented by the latest 13-axis sliding-head turning and four-axis milling capability. As a result the company has minimised both cycle times and the number of set-ups required. However, faced with an increasingly competitive global marketplace, the 35-employee company wanted to make further efficiency gains, deciding to focus its attention on automation.

“In effect, the only advantage that competitors in low-wage economies have is their labour costs, so if we can eliminate that element from the calculation, it levels the playing field,” explains general manager Robin Salter.

After surveying a range of industrial robots, RSM concluded that six-axis Universal Robots were a good match for its machine-tending requirements, largely due to their ease-of-programming, competitive price and collaborative operating capabilities. Collaborative robots (cobots) use innovative sensor technology (programmed with a pre-determined force) to stop safely in the event of human contact. As a result, around 80% of the thousands of Universal Robots in use worldwide operate with no safety guarding (after risk assessment).

Salter comments: “The ability to use the robots unguarded was something that appealed, as was the  intuitive programming. It can take as little as 10 minutes to program one of our robots for a new part. What’s more, we recently trained one of our apprentices and he picked it up in an hour.”

In total, RSM has invested in five UR5 (5kg payload) and two UR10 (10kg) Universal Robots, supplied by RARUK Automation.

Salter adds: “We like working with RARUK Automation as they are a dedicated automation company with a highly qualified team. The robots are really reliable, but we know there is always someone on standby to offer technical guidance if required. We always get really good support from RARUK Automation.”

RSM’s seven Universal Robots are today busy tending the company’s 14 CNC machine tools, with robots frequently relocated to different machines in line with customer/contract demands. One of the UR10 robots is currently serving a Nakamura-Tome Super NTJX multi-tasking turn-mill centre. The robot loads square billets of aluminium into the machine, where they are turned into aerospace components in a 40-minute cycle. The machine and robot are running 24/7.

“Just to be clear, we have not invested in robots to save on headcount, we’ve done it to win contracts,” continues Mr Salter. “We would never have been able to tender for this job without automation. Using a robot makes us profitable on work where we wouldn’t normally be able to compete.”

The Universal Robot is integrated with the machine’s CNC and communicates via IO links and MODBUS interfaces. As a result, the robot controls the chuck (release/grip) and the door opening/closing. A warning light is used to tell any humans nearby that the robot is about to start operating.

Further applications at RSM include two UR5s at a deburring station making military aerospace components, and a UR10 being used to load billets into a CNC mill. The company plans to invest in more Universal Robots moving forwards.