Collaborative robots, sometimes referred to as cobots, are designed to work alongside humans in a ‘collaborative workspace’, an area where the robot and the human can perform tasks simultaneously. Stewart Robinson, principal engineer and functional safety expert at TÜV SÜD Product Service, considers what this means from a safety perspective 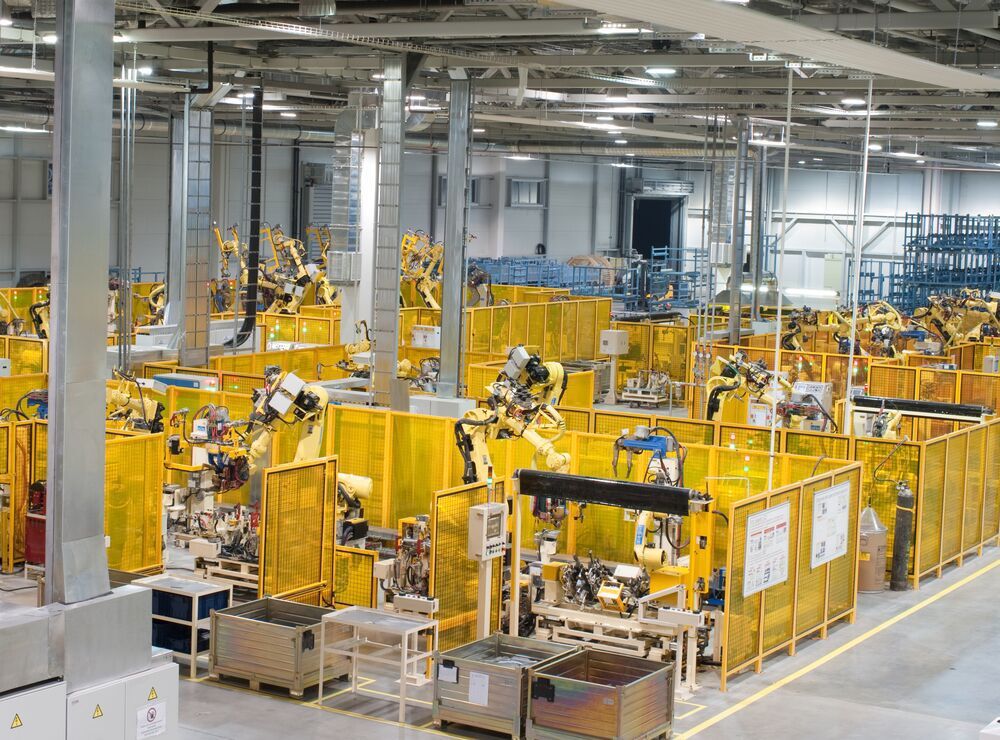 Unlike more traditional machines, which are ‘caged’ by a guarding mechanism, collaborative robots often operate in the human-occupied workspace without safety fencing. However, not all collaborative robots are guard-free, depending on their function and related safety requirements. Besides the robot itself, the collaborative robot might include the ‘end effector’, that is the tool adapted on the robot arm with which the robot performs tasks, and the objects moved by it.

The increased need for adequate protection of people from the safety risks associated with industrial robot systems led to the development of EN ISO 10218-1:2011, an international and European standard which covers the safety requirements for industrial robots. The standard is in two parts and replaced the 2006 version.

In order to ensure that humans are not exposed to unacceptable risks when working collaboratively the current standards describe four separate measures that can be used to provide risk reduction. These are safety-rated monitored stop, hand guiding, speed and separation monitoring, and power and force limiting by inherent design or control. It is required that at least one of these requirements needs to be fulfilled, in addition to having visual indication that the robot is in collaborative operation.

While EN ISO 10218 contains some guidance on the use of collaborative robots, with the rapid pace of technological development, it was widely acknowledged that this guidance needed to be enhanced. Consequently, a Technical Specification (ISO/TS 15066 Robots and robotic devices — Safety requirements for industrial robots - Collaborative operation) was published in 2016.

The methods of collaborative working ‘speed and separation monitoring’ and ‘power and force limiting’ are particularly elaborated on in ISO/TS 15066. This includes recommendations for ‘biomechanical limits’ of pain thresholds for specific parts of the human body.

The rationale for creating biomechanical limits was established in conjunction with testing conducted by the University of Mainz (Germany). Testing was conducted using 100 healthy adult test subjects on 29 specific body areas, and for each of the body areas, pressure and force limits for quasi-static and transient contact were established evaluating onset of pain thresholds.

There are also working groups of the standards organisations reviewing various aspects of human-machine interactions, which will also inform the development of future standards. But for now, EN ISO 10218 Parts 1 and 2, and the ISO/TS 15066 specification define the safety requirements for the sphere of collaborative robots, with the most relevant published guidance being contained in EN ISO 10218.

In all four of the measures described above, the safety related control system that provides this functionality needs to meet either:

While the advent of the cobot offers exciting possibilities for industry, some end-effectors may create hazards, especially as contact between the collaborative robot and the operator can lead to the possibility of collision. It is therefore vital that a complete risk assessment is undertaken before a cobot is deployed, as you would with any machinery in the workplace. This must cover the intended industrial workplace, with the basis for this risk assessment being EN ISO 10218 Parts 1 and 2, alongside the Machinery Directive.