With the aim of creating a more intuitive, easier and faster way to control industrial robots, Comau has released PickAPP, an Android application to perform 'pick and place' operations in a new way. 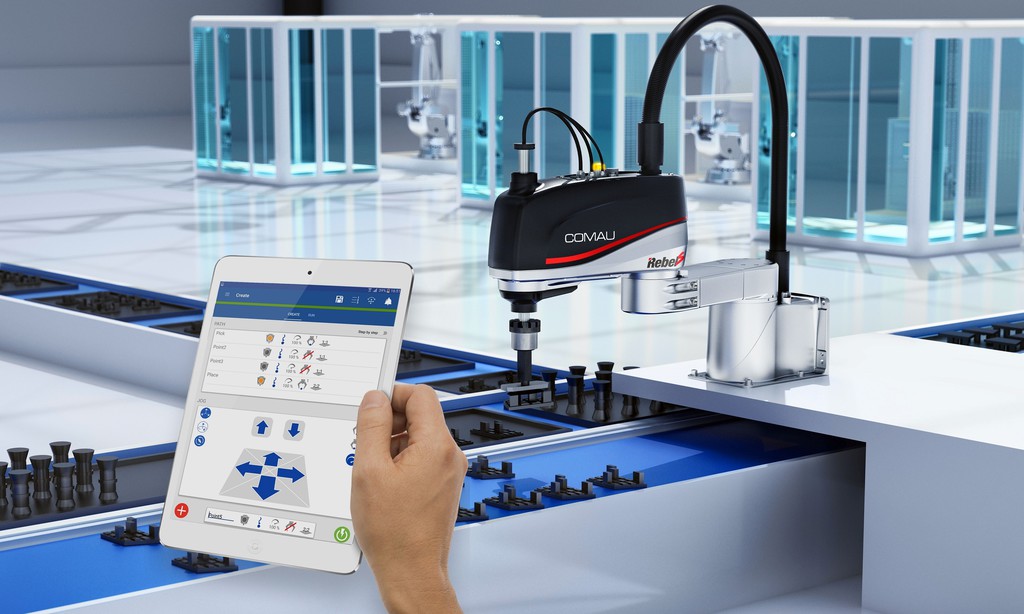 PickAPP is an Android application for an 8-10in tablet, configured with graphical operations which are said to improve the overall user experience. The company says anyone familiar with smartphones will be able to move a robot and create a pick and place process, simply preparing a list of waypoints, without having to learn robotic programming language.

The user moves the robot manually by pulling and pushing robot joints, or using the interface in a similar way that is used for toy cars or drones. Additional configurations, like the type of movement and the actions related to a gripper, can be easily added.

The application has been developed by multiple users with a different approach than the one usually used for standard industrial processes. A sample group of testers, ranging from expert technicians to young people who play games on a tablet, were able to perform the programming required for a Pick and Place process in just a few minutes without prior training.

PickAPP is available for Comau low payload robots, such as Rebel-S (SCARA), Racer3 and Racer5 (3 to 5 kilogram payload), and will soon be implemented for the entire Comau robot family.