ATLAS COPCO has announced the launch of a new generation of its VSD compressors. With energy savings of 60%, the GA VSDS is the most energy-efficient, sustainable compressor on the market today. 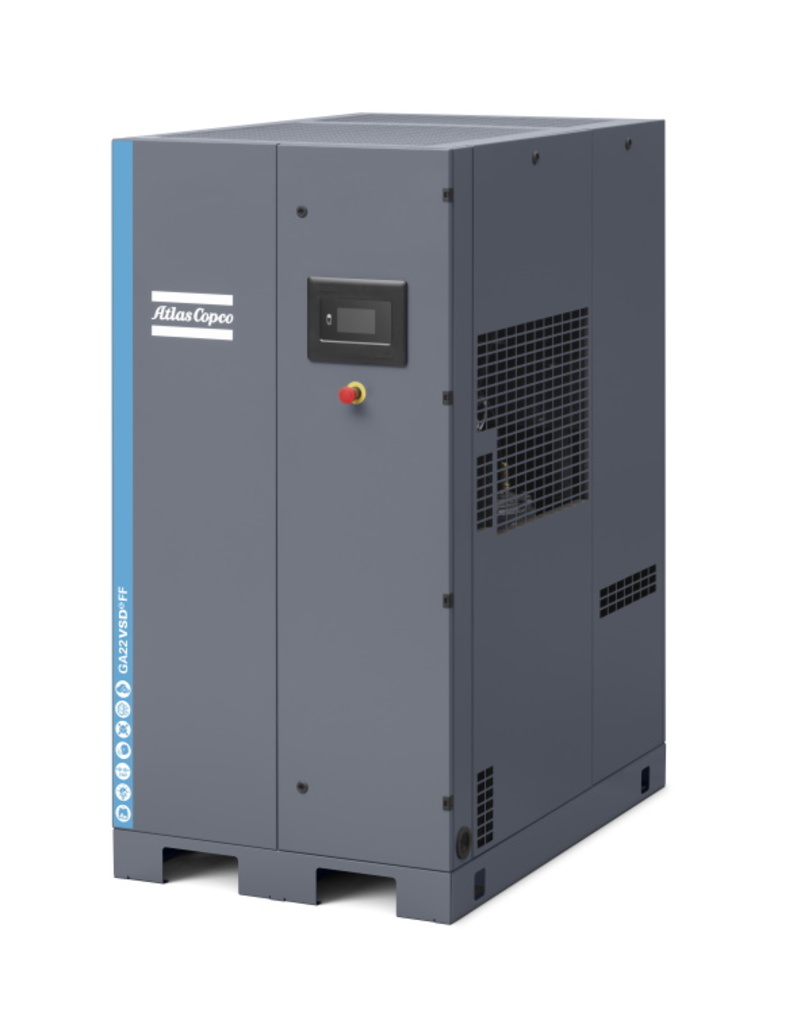 Thanks to its pioneering smart features the GA VSDS compressor can adapt and optimise its operation for any application − innovative technology now embodied in Atlas Copco’s 22-37 kW GA oil-injected screw compressor range.

The GA VSDS is the third generation of Atlas Copco variable speed drive (VSD) compressors that significantly reduce energy consumption by adjusting their motor speed to the fluctuations in compressed air demand.

When Atlas Copco introduced the technology, a first-generation VSD compressor achieved energy savings of up to 35% compared to a fixed-speed compressor. That number increased to 50% with the company’s VSD+ range. Now, the new GA VSDS offers energy savings of 60%.

Together with this unrivalled level of energy efficiency, the GA VSDS also leads the way in sustainability, says the company. For example, the new unit not only comprises the minimal number of components but is the first compressor to feature an IE5 ferrite-assisted synchronous reluctance motor that does not rely on rare earth materials in its operation.

With a Free Air Delivery 21% higher than its fixed-speed counterparts, the VSDS introduces a host of smart features that allow it to adapt and optimise performance to user’s applications, requirements, and conditions.

The most important example is the Smart Temperature Control (STC) system, which ensures that the compressor operates with an optimal oil temperature at all times, completely eliminating the risk of condensation while ensuring maximum compression efficiency. The GA VSDS also comes with the all-new Boost Flow Mode, which gives customers the freedom to exceed their compressor’s maximum capacity temporarily and safely.

Small and silent, with sound levels as low as 63 dB, the GA 22-37 VSDS does not require a compressor room site. It can be installed on the production floor, occupying the minimum footprint thanks to its vertical, compact design.