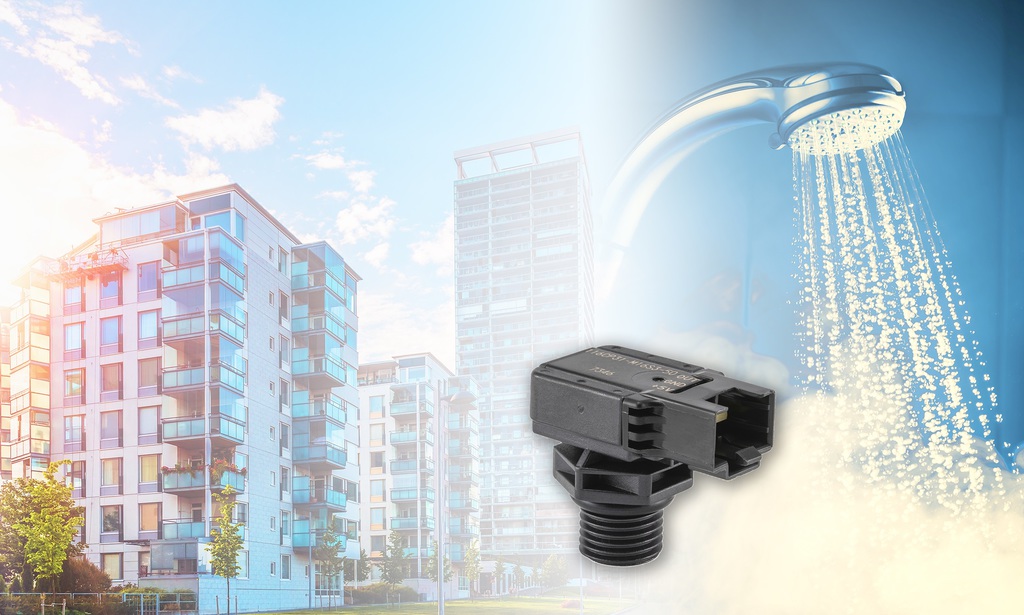 Distributing water on a large scale has been a challenge that the world has tackled for decades. It is a particular challenge in high-rise buildings, and with a trend for designers to build up in urban areas, rather than out, it is a challenge that has become a new focus for design engineers.

The White Paper looks in particular at how ‘old technology’ water pumps that tend to operate at full speed or not at all are being replaced by Variable Speed Pumps (VSP) that use a Variable Frequency Drive (VFD) or Variable Speed Drive (VSD) to continuously optimise the pump speed and power consumption while maintaining constant outlet pressure of the pump.

Sensata Technologies says that in such scenarios, pressure sensors are essential. A pressure sensor converts the outlet pressure to an electrical signal which the VFD uses to adjust the pump’s speed and is either included as an integral part of the pump design or mounted externally as part of a total solution. Similarly, in many cases, a high cut-out pressure switch is mounted to prevent the pump from outputting extreme pressure. An additional pressure sensor can also be mounted on the inlet of the pump to monitor efficiency.

The benefits of pressure sensors in modern-day Variable Speed Pump design can be categorised into three key areas: efficiency (pumps that utilise VSDs in conjunction with pressure sensors are said to be up to 30% more efficient than ‘traditional’ technologies); reliability (VSPs often run at lower speeds placing less stress on the pump); and the user experience (the efficiency and reliability of a VSP ultimately translates into an improved customer experience. Even in the more challenging environments, such as high-rise buildings, a constant, reliable water pressure can be maintained).

The White Paper – Improving the Efficiency and Reliability of Water Systems with Variable Speed Pumps and Pressure Sensors – is authored by Daniel Mullen, product line manager at Sensata Technologies. It can be downloaded from: www2.sensata.com/water.