Dave Veisz explores how 3D printing is enabling manufacturers to transform continuous improvement implementation, increasing the flexibility and resilience of production processes and reducing waste in key areas such as wait time and staff underutilisation 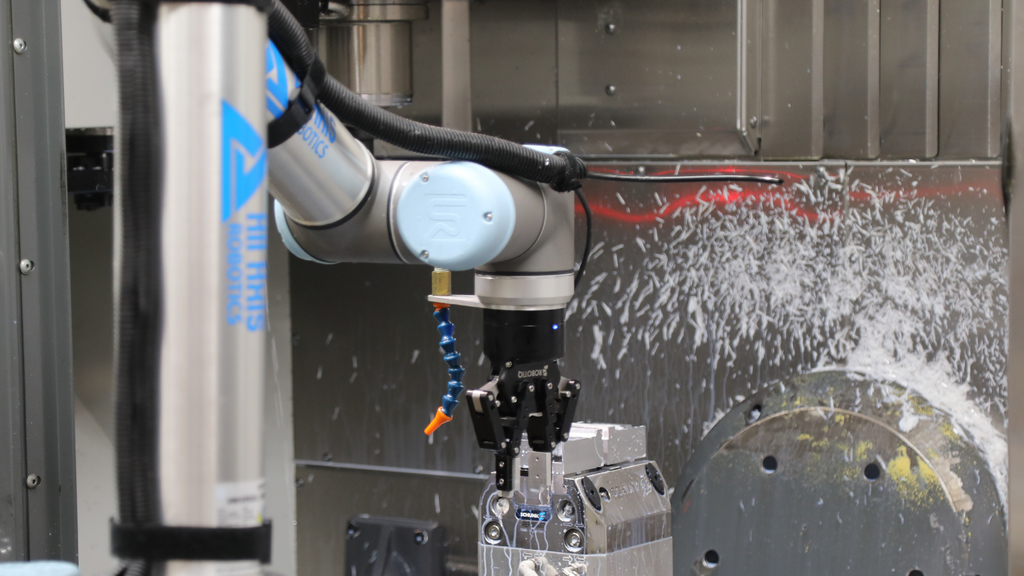 CONTINUOUS IMPROVEMENT (CI) is not a new phenomenon. Its roots can be traced back to the just-in-time production methods enshrined by Toyota Production Systems in the 1990s. The process has been fine-tuned over time, but the fundamental principle remains the same: in order to create a competitive advantage, organisations should focus on making small, incremental improvements as rapidly as possible, instead of relying on large-scale changes that can be costly and disruptive to implement.

Fast forward to the present day and these principles have contributed to making manufacturing processes shorter, faster, more flexible and more cost-effective than ever before. However, stripping back production processes to the bare essentials is not without its risks. Removing excess production capacity and inventory means that manufacturers are far more vulnerable to major unplanned events.

It is against this challenging backdrop that 3D printing is emerging as an increasingly important tool for implementing CI initiatives. CI is all about acting quickly and being agile in order to implement improvement, and 3D printers offer a perfect tool for rapid implementation of physical improvements. However, despite the growing number of manufacturers already using 3D printers for rapid prototyping and final part production, the technology is often underutilised as a means of implementing CI initiatives.

This is largely due to the way the market has developed, polarised between industrial machines at one end and desktop units at the other. Industrial-grade 3D printers have high levels of accuracy and reliability, and leverage real engineering-grade materials, but they are expensive and require a skilled technician to operate them. Desktop models are lower in cost, but are also more prone to part defects, only support a limited range of materials, and typically require an operator with knowledge of the technology in order to achieve satisfactory results. So, while both formats have benefits, neither are ideal for widespread adoption nor are accessible to a wider range of personnel.

In the past few years, however, this has been changing with the arrival of new 3D printing solutions that bridge the price-performance gap that has existed in the industry, making industrial-grade printing accessible to a much wider range of engineers and manufacturers, while also maintaining the competitive price point and, crucially, ease-of-use of traditional desktop machines. In a nutshell, this is enabling an increasing number of manufacturers to harness the inherent benefits of 3D printing to transform CI implementation within their organisation.

Empowering positive changes
The biggest step change is the speed at which CI initiatives can be implemented using 3D printers. Traditionally, even a simple change – for example, producing a piece of tooling – would be a several step process, involving multiple people from within an organisation, and often external suppliers. As a result, this process can take several weeks to complete and put a strain on production. 3D printing changes the game. Suddenly, the individual who identified the opportunity to improve production efficiency is able to develop a solution and implement it without even leaving the shop floor.

Ensuring that workforces are fully utilised and empowered to make positive change in this way is a key tenet of CI philosophy. This is why, when we designed our METHOD X 3D printer, we were obsessive not just about providing industrial-grade capability – in terms of the materials portfolio, accuracy, throughput and reliability – but also about gearing much of our development to ensure we could make the technology more accessible than previous printers on the market. What this does is allow production-line workers to print their own assembly tools, fixtures or workplace organisation objects on-demand in a single day or overnight, ready for next day implementation.

With 3D printers, workers can design and print products that exactly meet the needs of the process. This is a significant leap forward compared to the current approach of ordering a standard part that most closely matches their requirements and hoping for the best. The level of customisation achievable with a 3D printer means that manufacturers are no longer constrained by many of the design ‘rules’ that apply to traditional manufacturing processes. At the same time, the availability of a growing range of engineering-grade 3D printing materials is opening up opportunities to experiment with design in ways that would have been unimaginable even a short time ago.

The cost to produce customised or low volumes of parts is also significantly lower when using a 3D printer compared to traditional manufacturing processes. For CI implementation, this opens up opportunities to produce bespoke factory floor tools which can significantly help improve workflow. Kitting trays are a good example of this, as they provide a useful form of fault finding, but are typically not viable to produce using traditional manufacturing processes due to cost unless purchased in high volumes.

Custom robotics solutions provider, All Axis Robotics, provides a great example of the efficiencies that can be achieved using a 3D printer to implement CI initiatives. The company has significantly reduced the time it takes to produce custom parts, including robotic arm end effectors, and tooling since installing MakerBot METHOD 3D printers within its production facility.

Interestingly, All Axis Robotics provides turnkey custom robot solutions for other machine shops and manufacturing facilities in need of automated machine tending. Previously, it had to rely on external suppliers to produce the parts, resulting in additional costs and long wait times. The ability to create custom solutions for customers – combined with rapid turnaround times – has helped the company to gain a competitive advantage against competitors as more manufacturing facilities upgrade new and legacy equipment.

The ability of 3D printers to produce parts rapidly and on-demand, whether tooling or end-use parts, is also helping manufacturers to stamp down on production downtime – one of the biggest sources of waste in any manufacturing facility. Unplanned downtime is a major cause of lost production time – and an expensive one. For automotive manufacturers, for example, the cost is estimated to be a staggering $22,000 per minute. This is where having an accessible, in-house 3D printing capability really pays off. The ability to 3D print parts on-site and on-demand – for example in response to a part failure – ensures that manufacturers can get processes up and running in a matter of hours, compared to days or even weeks if they have to source parts externally.

Providing manufacturers with access to an increasing range of industrial-grade materials will continue to play a crucial role in supporting the adoption of 3D printing as a CI tool. As part of our MakerBot LABS materials program, we work closely with both our customers and materials partners such as Kimya, Mitsubishi Chemicals, Polymaker, BASF and Jabil, to develop materials that meet the needs of specific industries or even particular applications. This kind of material development is essential to extending the inherent benefits of 3D printing to a much wider range of factory floor applications, resulting in faster throughput, less waste and reduced wait time.

Based on feedback from customers, we know that in many cases the benefit of introducing a 3D printer can be immediate, with manufacturers often able to justify the purchase of 3D printers with a single use. However, once they realise the diverse benefits that can be achieved using 3D printing, they quickly begin to identify other applications whereby the technology can be deployed to further improve existing processes, resulting in even greater workflow optimisation, cost savings and more flexible production. This enables manufacturers to safeguard business continuity and maintain a competitive advantage even in the most challenging industry environments.