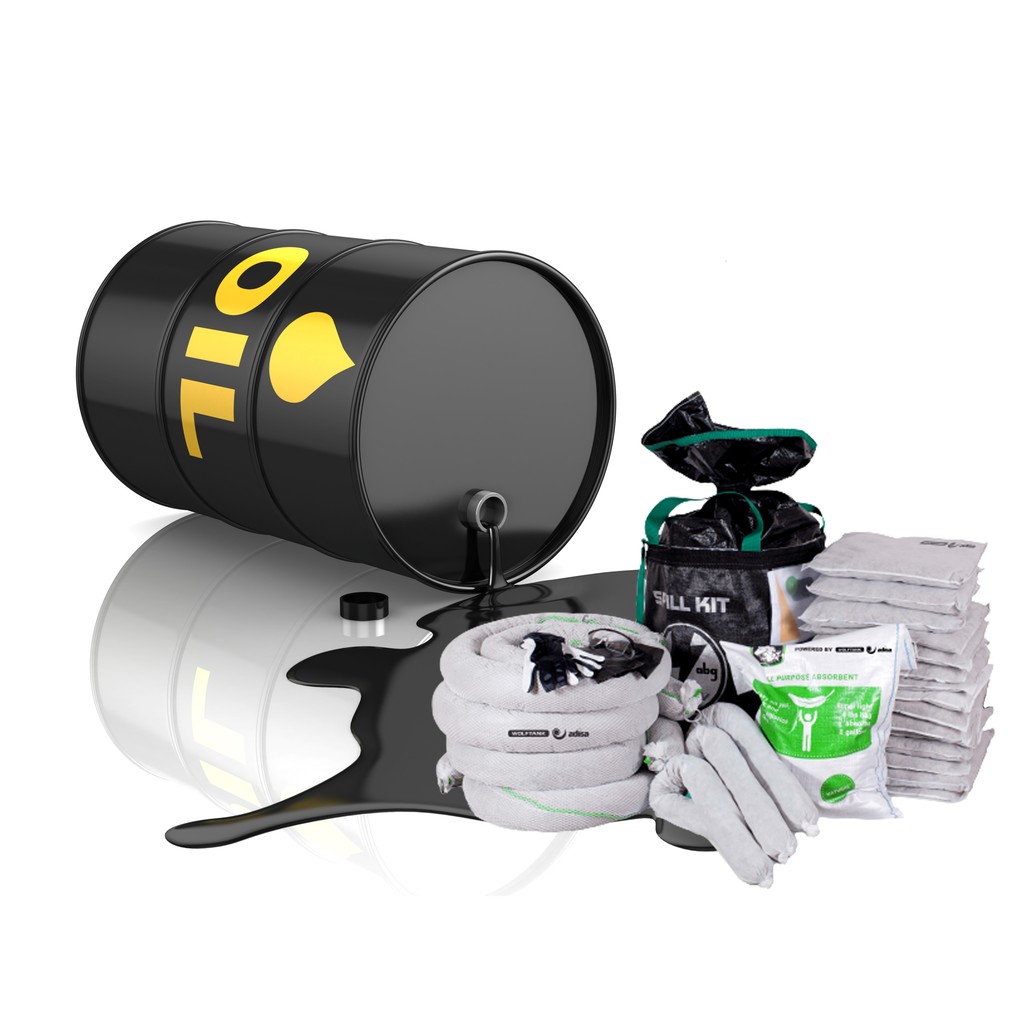 Industry Superstore (ISS), a stockist of  adhesives, sealants, technical spays, surface wipes, sanitisers, tools, hand driers and dispensers has announced the availability of the Wolftank-Adisa range of environmental protection products for the prevention of contamination in industrial plants, facilities and soil.

Leaks and spillages of liquids and hydrocarbons are disruptive to companies’ operations, costly to clean up and damaging to a business’s environmental reputation. A range of products to absorb spillages is now available from ISS,. Spill absorbent materials and products from Wolftank-Adisa – for whom ISS is the sole UK distributor, –are claimed to be eco-friendly, being made of natural fibres with nano reinforcement. The absorbent socks, pillows and booms can recover up to a claimed 99% of spilled liquids. Absorption is fast, and the fluids can be easily extracted from the pillows through compression after recovery is complete: not only is disposal cost reduced, but in many instances spilled product may be recovered and reused.

Suitable for use with a wide range of liquids and hydrocarbon products including oil, petrol, diesel, mineral oil, solvents, coolants, paints, alcohols and agricultural chemicals, the absorbent materials used by Wolftank are said to be up to three times more effective than standard spill absorption products. A single gram of the natural fibre with nano reinforcement material can absorb up to a claimed 50 grams of spilt liquid, which means a 300 gram pillow could absorb up to six litres of fuel. And because the material is hydrophobic, only the hydrocarbon is absorbed, not water. The absorbent socks, pillows and booms can be reused three to four times, and the nano fillers themselves are biodegradable.

Wolftank has many case studies of successful uses of the pillows and booms in real world spillages. Where there have been fuel spillages, rather than just cover them with sand there is now the ability to absorb, recover and resell the fuel, bringing significant economic benefit. In offshore applications, absorbent booms have been distributed in the sea to recover oil after a spillage – because the booms absorb only the oil, not the water, the oil can be easily recovered, and the booms reused.

It is not uncommon for many plants and facilities to accept slight leakage from valves as a fact of life, because a small leak doesn’t justify the cost of the downtime incurred in replacing the valve. Wolftank pillows not only absorb the oil, but also let rainwater pass, effectively acting as an oil-water separator. In other applications customers have used the pillows to remove the oil from an oil-water separator without having to take the separator out of service.
www.industrysuperstore.co.uk