Midlands manufacturers complain of being locked out of NHS PPE contracts

A CONSORTIUM of Midlands businesses has slammed the UK Government for providing what it has labelled 'inadequate and inappropriate' Personal Protective Equipment (PPE) sourced from abroad during the Coronavirus crisis and is calling for Ministers to stop overlooking UK manufacturers that have both the capacity and capability to produce vital equipment. 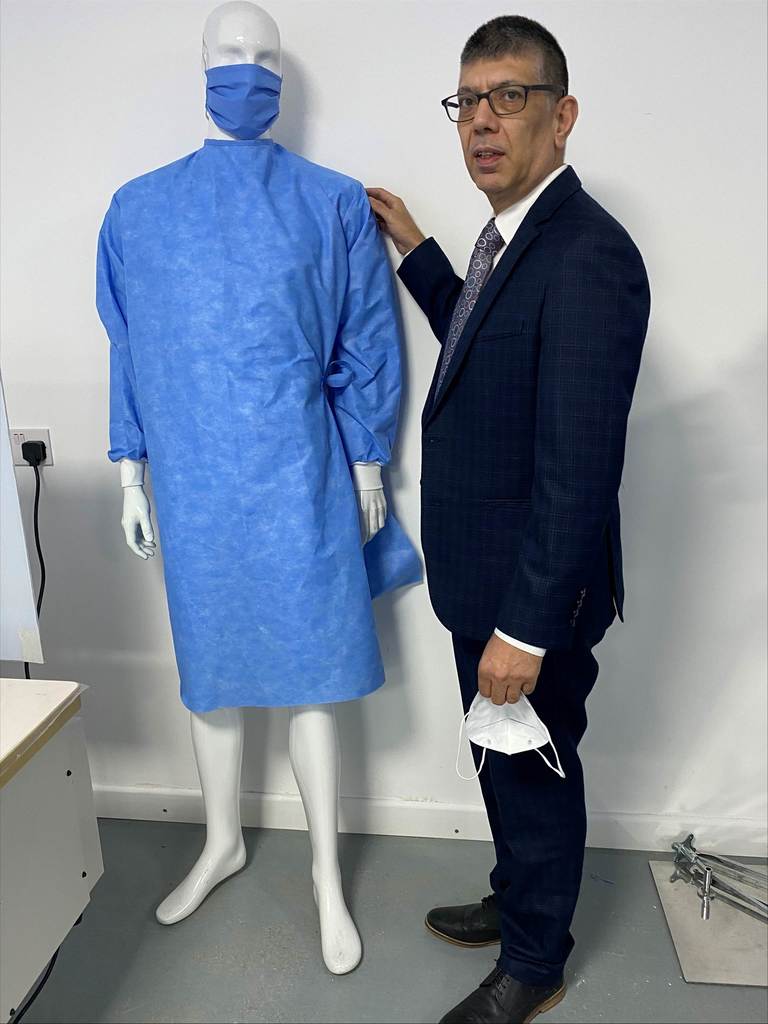 The Midlands PPE Collective comprises a pool of manufacturing businesses that includes Airguard Filters, Hospital Direct (Marketing), Arrow Medical and Wearwell, among others. They claim that between them the collective could create hundreds of jobs over the next year, but they are constantly being snubbed for Government contracts that are instead being sent overseas.

The Midlands PPE Collective was set up during the first wave of Coronavirus in the UK, following a call to action to local manufacturers by Andy Street, Mayor of the West Midlands who was vocal in calling for local businesses to produce much-needed PPE and medical supplies. With the support of Medilink Midlands and Make UK the collective was able to secure its first contracts with regional hospitals. Both organisations played a pivotal role in bringing collectives together and helping them to navigate the supply chain routes into the NHS.

Charlotte Horobin, Make UK’s regional director for the Midlands and East of England said: “Following the campaign in April which encouraged manufacturers to produce equipment and PPE to support the NHS, we had a fantastic response. Many manufacturers stepped up to meet the challenge which made a massive difference at a time when it was needed most.”

However, the collective claims it has since been locked out of contracts despite significantly boosting PPE reserves throughout March and April to build resilience into the supply chain ahead of the critical winter period as well as meeting the high standards set for hospital procurement. This follows a Government directive in October from the Department of Health & Social Care which has meant hospitals are required to use NHS Central Supplies for their gowns and PPE. However, the PPE being supplied is cheaper overseas products “that simply aren’t up to standard”.

Dr Darren Clark, chief executive at Medilink Midlands, expressed his concern that the companies who rose to the challenge in the first wave of Covid-19 are now being hung out to dry. He said: “The NHS has been crying out for the timely delivery of products which are of high enough quality to protect NHS and care staff and their patients. The Midlands PPE Collective more than rose to this challenge so it’s frustrating that their businesses are now being put at risk as a result of decisions to procure PPE wholly from Central Supplies. This one collective alone has demonstrated how capable SMEs are when asked to meet stringent supply chain demands and they should be given the opportunity to continue providing quality products to the NHS. The added bonus is that this would help to create much-needed jobs and boost the local economy.”

Maqq Rafique, Director at Airguard Filters, one of the businesses within the PPE Collective, said the group could not only help solve the medical challenge, but also the wider economic challenge associated with Coronavirus as well.

“Airguard alone could create twenty new jobs for every 10,000 hospital gowns we produce per week, enabling us to not only help local hospitals through the second wave, but to give the economy a much-needed boost at the same time. Yet, Government Ministers are snubbing our offer of help and turning to cheaper suppliers abroad who are sending inadequate and inappropriate supplies that simply cannot be used and which have to be sent back, thus incurring further cost both in terms of the economy and the environmental carbon footprint.

“We are pleading with the government to return once again to local suppliers that are not just agile enough to meet high demand at short notice, but who have the skills, experience and quality required to produce effective PPE equipment that hospitals can use in their fight against the pandemic.”