Fulton has supplied Prysmian Group’s Bishopstoke facility a skid-mounted electric boiler and ancillaries, steam from which is being used to cure the insulation applied to the company’s 6491b low fire-hazard wiring cable. 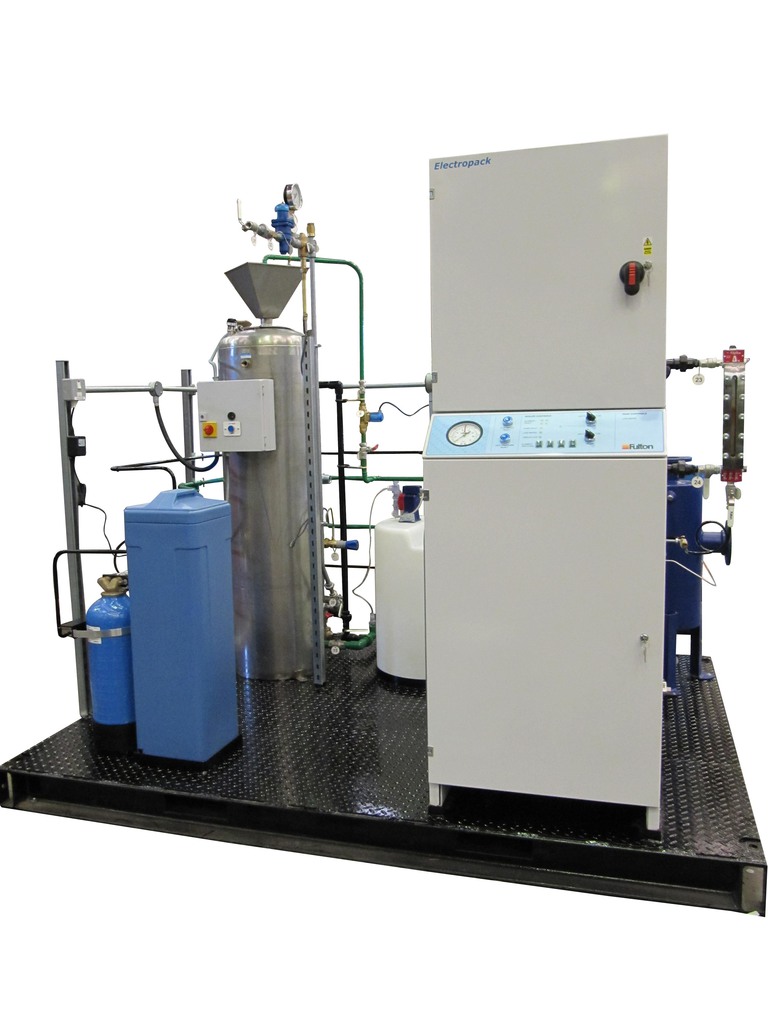 Following manufacture, batches of up to 16 drums are placed into a container where steam from Fulton’s EP100 Electropack boiler system is injected to start a curing process that can take up to 12h at 80°C.

Chevaux says that an electrically-heated boiler was specified as it can be applied as a point-of-use steam source without the need for a separate plant room, making the system quicker, easier and cheaper to install.

Fulton’s Electropack range comprises seven models designed for steam loads between 29 and 160kg/h. Units are packaged in an attractive case and all services are connected at the rear for easy installation.