The need to shape or modify materials by sanding or grinding has been with us since the Egyptians started construction of the pyramids in the 3rd Century BC. Centuries of abrasives developments have been documented as technology has moved forward and 3M believes recent innovations could see the beginning of a new era in grinding performance. 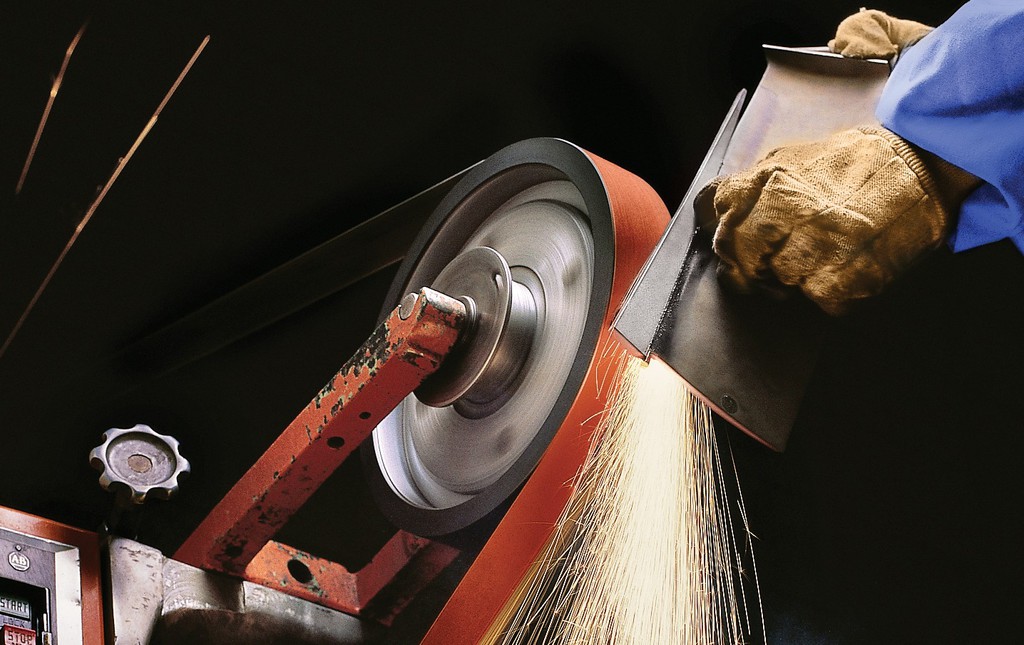 The early ancestors of the grinding wheels used for industrial shaping and polishing were grindstones quarried from natural materials like sandstone, an organic abrasive made of quartz grains held together in a natural cement. Grinding wheels using synthetic minerals have been an essential tool of the manufacturing industry for around 150 years. They provide an effective method of shaping and finishing various materials and can be the most efficient way of creating parts with precision dimensions and high-quality surface finishes.

Advances in abrasives came in the 1950s with the introduction of synthetic diamond abrasives for hard-to-grind materials like ceramic coatings and, in the 1960s, with commercial cubic boron nitride products for the abrasion of ferrous metals where extremely long life was required.

In 1981, 3M introduced Cubitron Abrasive Grain, based around an extremely hard, sharp and tough ceramic aluminium oxide grain in a uniformly crystalline structure. This new class of grain relied on controlling the ceramic body microstructure which improved the crushing behaviour of the bulk ceramic. Effectively, the grains develop micro-fractures during grinding which, as they break up, constantly expose fresh abrasives to the surface, resulting in faster cut rates.

The development that laid the foundation for recent innovation in abrasives technology from 3M, happened in the 1990s when further improvements were made in the area of consistency. Whereas abrasive products had previously used randomly arranged minerals, which often delivered an inconsistent finish, with the development of Trizact, 3M moved into the area of microreplication technology. Trizact grain is in the form of a three-dimensional pyramid and these grains are uniformly arranged across the product surface. Each grain contains multiple layers of abrasive, with new layers exposed as the pyramids wear down. Benefits claimed include a consistent, predictable finish, an even cut rate and longer product life.

It was this advancement that formed the basis for the development of precision-shaped grain found in Cubitron II products.  It is based on the ability to produce a precision-shaped ceramic grain, with the influence of the grain geometry being a significant factor. Precision-shaped grain is a uniformly sized and vertically-orientated triangle of ceramic abrasive. The self-sharpening triangles fracture as they wear, to form new, super-sharp points and edges which slice cleanly through metal, boosting cut rate and performance.

The Cubitron II range made its UK debut in 2010 and now includes grinding wheels, fibre discs and abrasive belts. Recent additions include a new range of bonded abrasive cut-off wheels that are said to need just a third of the pressure to produce the same cut, compared with traditional wheels made from aluminium oxide, zirconia and ceramic grain.

David Atherton senior marketing executive for the 3M Abrasive Systems Division, comments: The Cubitron II abrasive belts and discs have already established the credentials of this technology and we are confident that customers will rapidly see the benefits offered by this extension to the range. Customers will see significant financial and practical advantages, as well as benefits to workers."