A new generation of drive technology has been developed by Mitsubishi Electric for its latest pump and fan inverter. The FR-F800 combines energy savings with optimised speed control, simple start-up and connectivity. 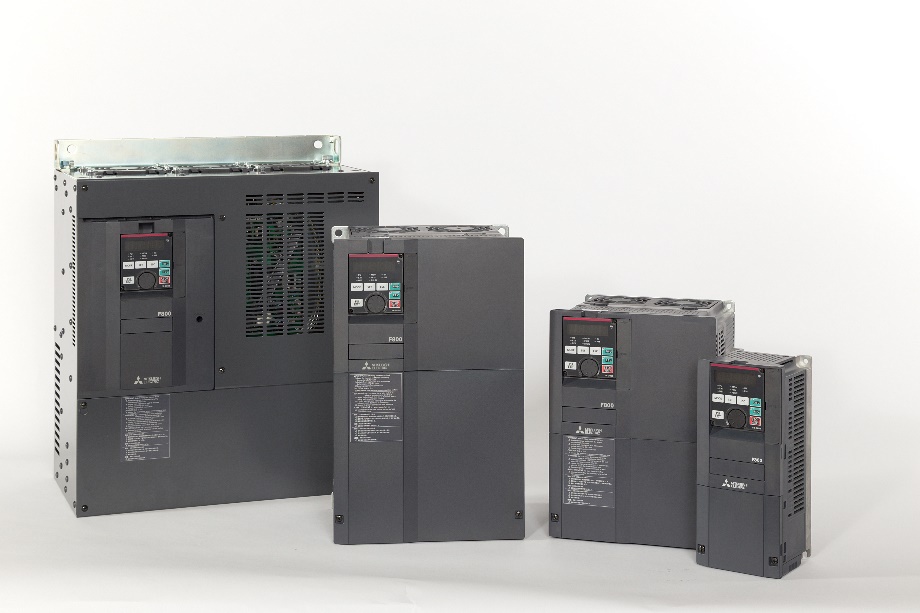 The F800 is designed to be used predominantly with pumps and fans but is equally suitable for compressors and HVAC applications.  It features many innovative functions that ensure accurate control, while also achieving energy efficiency figures of 98%.

At the heart of the all new FR-F800 is a bespoke PID controller and on-board PLC which provides the drive with true stand-alone capabilities. For instance, it can control fans, pumps and compressors directly rather than requiring an additional controller. Other PID functions include: a pump-stir function, upper and lower limit pre-warnings, pipe burst detection and dry run protection, water hammer prevention and automatic tuning.

To enhance its capabilities, the F800 has a second PID controller. The drive can be used to control multiple pumps – allowing for variable speed control and the energy efficiency benefits which that brings, to be applied to different units while the others are running effectively Direct On Line (DOL). It can even run pump cleaning cycles automatically, to a schedule, or on demand which should be of great interest to operators of waste water sites where features such as this have historically had a patchy track record of effectiveness.

Instead of relying on single set points for trip activation, an algorithm in the drive can effectively detect the fan or pump torque curve of the attached load and react appropriately when operational limits are approached, which means an end to nuisance trips caused by unusual but not critical load variations.

Another advanced feature of the F800 is a motor preheat function, which aids smooth start-up, dispels condensation, and prevents damage due to freezing in outdoor conditions. Its real-time control capabilities can also detect and reduce vibration due to mechanical resonance, protecting other equipment from excessive wear, mechanical damage and premature failure.

At the other end of the scale, in the event of an emergency situation a fire override mode will keep extraction fans and water pumps running – even to the point of the F800’s total destruction.

The Mitsubishi F800 has a range of dedicated features and functions that create efficient operation.  For example, during standby all unnecessary circuits are shut down to reduce energy usage. Advanced Optimum Excitation Control (AOEC) maximises energy savings even for high torque loads, while intelligent cooling fans only activate when required because a set point temperature has been reached. In addition, the F800 is capable of controlling the external control panel cooling fans based on the control panel temperature, this removes the need for a thermometer within the panel, saving panel costs.

A related feature is that the F800 provides plug-and-play auto tuning for both induction motors and high efficiency permanent magnet motors. For ease of set up, a one touch Digital Dial allows direct access to all important parameters, while connection to graphical operator terminals and HMIs is kept very straightforward.

To enhance the reliability of the F800, fault finding is aided by a built-in data logging and tracing function. Intelligent predictive maintenance is achieved through the monitoring of critical components such as power capacitors and cooling fans. A two channel emergency stop provides a safe shutdown which can prevent damage to the drive.

As with all new products launched by Mitsubishi Electric, the F800 has been designed for maximum backwards compatibility with earlier generation drives. Existing installations can be upgraded to a new F800 in a simple unplug and swap-out process.

With network connectivity now of major importance, the F800 has the capability to communicate via CC-Link, Profibus, Ethernet, EtherCat, SSCNETIII, DeviceNet and Lonworks, whilst RS485, Modbus, BacNet etc are fitted as standard. A wide range of I/O connections is complemented by options for input and output reactors, DC link chokes, harmonic filters, regeneration units and braking modules.

The F800 is sold with a 3 year warranty as standard. It is in full compliance with European EMC Directive standards, meets safety directives, has marine approvals, Tüf, UL, cUL and CE certification.