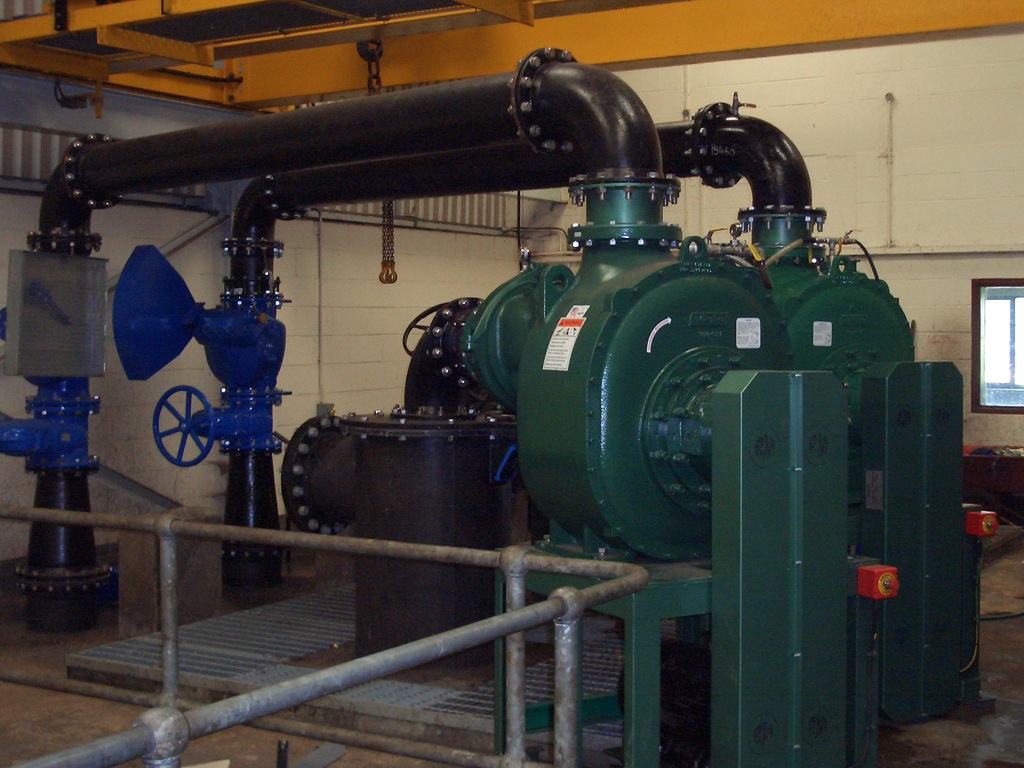 Pumps of all shapes and sizes can be looked upon as the beating hearts of the UK wastewater treatment process, especially when recurring storm events lead to increased volumes of rag and debris entering the system. This is when specific solids handling capabilities become ever more critical. So get the right pump in the right place at the right time and the expense and inconvenience of pump failures can be minimised.

An ongoing example of reliable pumping performance with Vaughan is at Thames Water Banbury. Although Vaughan was the immediate fix to the problem, as usual it was also the long run which was very important to Thames Water and the proverbial ‘marathon, not a sprint’ philosophy. As it was back in June 2006 a 10in Vaughan SP10R auto self-priming chopper pump was installed in the RAS (Return Activated Sludge) line at Banbury.

It was the first of its kind to be used in the UK and was replacing one of four existing old style, extended shaft axial flow pumps. In their heyday these pumps were giving over 720m3/hr in a lift and transfer situation. However, when rag and solids content became more and more evident failures were common due to continual blockages. The existing axial pumps were situated inside their own pipework with the flow passing through the centre of the pump then out through a reflux and onto the common line. As a consequence, removing them for maintenance was not an easy operation, especially when on some occasions they needed to be lifted twice a day.

As floor space in the pump house was restricted a powerful, yet compact pump set was required and the SP10R with an over/under drive configuration and its suction line simply dropped approx. 3m down the existing axial flow discharge line, with no down well fittings, was installed in 2006.

It has been operating 24/7 for almost 13 years at the Banbury site with a reported flawless performance and no requirements to unblock or inspect the pump. With this success a second SP10R was soon installed.

Just recently both pumps underwent a well-deserved overhaul as a result of general wear. The engineering coordinator at Thames Water commented: “The Vaughan pumps were removed one at a time by our sub-contractor and returned to P&M Pumps to have an overhaul carried out. The turnaround time for each pump from removal to re-install was approximately two weeks and this included the parts being sourced and shipped from Vaughan in the US. This was exceptional service and kept our temporary over pumping costs to a minimum. Both overhauled pumps have been running for over a month now and are pumping as they were when first installed from new”.

Thames Water has benefitted not only at Banbury, but at various other waste water treatment sites across the UK with their foresight and planning for the future and not just the firefight of problem solving. P&M Pumps has demonstrated that Vaughan chopper pumps are an effective solution to the most challenging ‘solids pumping’ situations where other types of solids handling pumps have failed. All-in-all the original investment has returned yearly life-cycle costs for each pump of between £1400 and £1500 over the 13 year period.

In many cases, retrofitting a Vaughan chopper pump into a problematic area improves the whole process and will be self-financing, with fast payback periods – in some cases a matter of months – thereafter minimising the effect to the budget holders.