SUITABLE FOR large-scale measurements, Kistler's Type 9397C 3-component force sensor has a measuring range to 450kN in the Z axis and 100kN in X and Y axes, and is said to be the largest sensor of its type in the world. 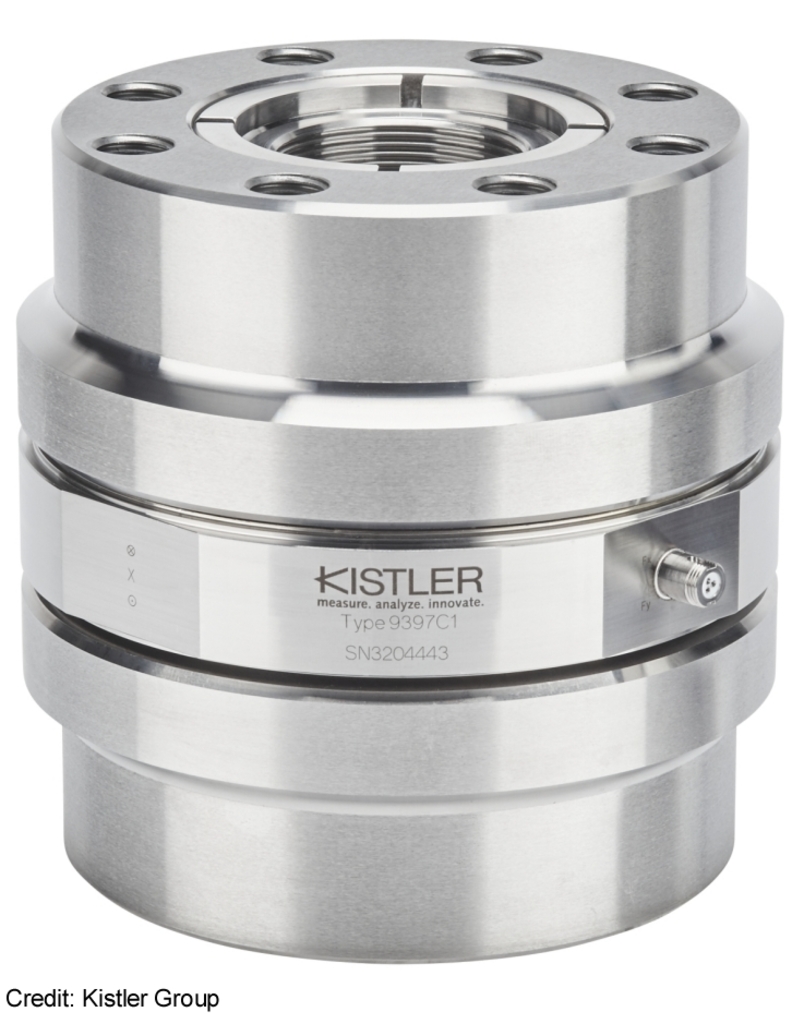 Kistler piezoelectric 3-component force sensors are used to measure dynamic and quasistatic tensile and compression forces, especially where small variations need to be detected. Being very rigid, the high natural frequencies makes the measurement of the smallest dynamic changes to very large forces in all three directions with high precision and excellent reliability. The sensors are fully calibrated and pre- loaded on delivery and can be installed straight from the box.

An Aircraft Landing Gear Drop Test simulates the forces acting on the landing gear as the aircraft lands on the runway. In this test, the entire landing gear is raised to a specified height, the wheel accelerated and dropped onto a dynamometer of four sensors for simultaneous measurements of the forces up to 900kN Fz and 400kN Fx/y.

A crash wall for high speed trains installed in China in 2017 has a measuring range that is said to be 20 times greater than the crash walls used by the automotive industry.

Spacecraft payloads such as telescopes and electronic instruments are subjected to strong quasistatic and mechanical-dynamic forces during the test phases of space flight programs.

To qualify the structures for space flight, vibration and shock test rigs are used to simulate the vibration levels during the load tests. The Force-Limited Vibration Testing method is used to restrict the force applied and prevent damage to payloads because of excessive forces. To achieve this, 3-component force sensors are integrated on the interface between the shaker and the payload.

The Type 9397C 3-component force sensor from Kistler simplifies high impact and vibration testing in a wide variety of applications.