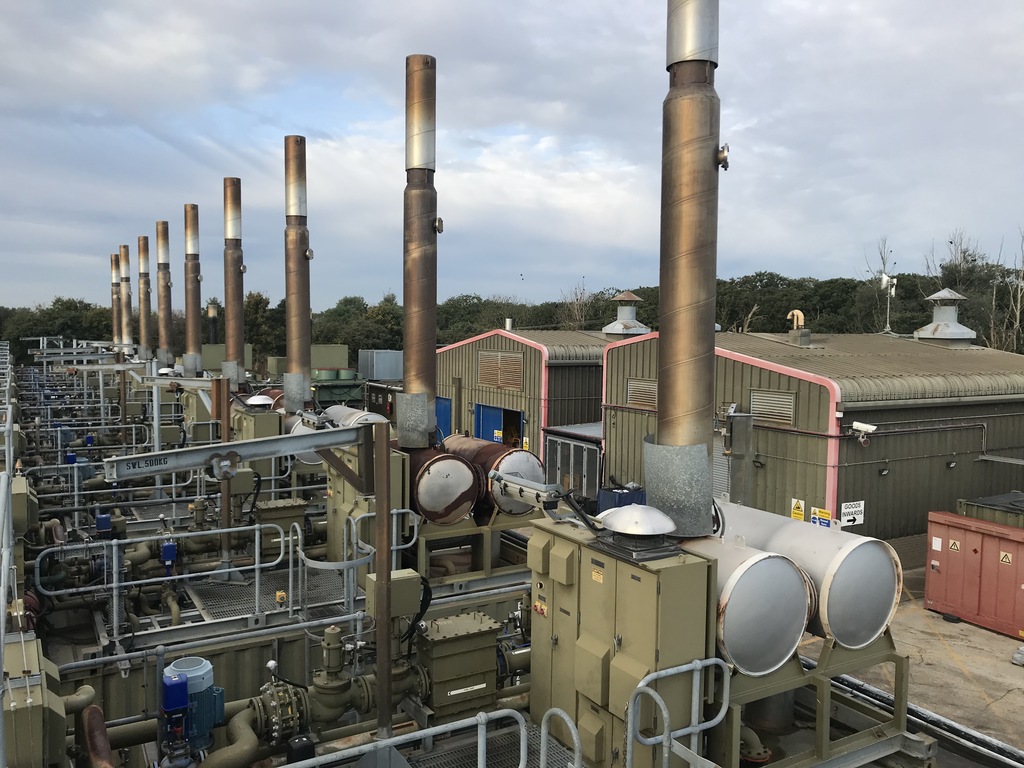 MUCKING MARSH, in Essex is appropriately named. The hamlet’s proximity to the docks at Tilbury, up the River Thames from London, made it the ideal place to hide the waste from the capital in landfill. Today it is home to EDL’s Mucking landfill gas power station.

Our smart, automated, common engine control platform has boosted gas production at the site by up to 10%. The Motortech supervisory panel, comprising state-of-the-art ComAp technology, controls a suite of five MWM Deutz engines on the site. It optimises gas and asset use by adjusting engine load in real time to exactly match the available gas coming in from the field. Featuring live alerts, superior fault diagnosis, data logging and remote engine control including instant restarts, the Mucking team can now track, monitor and adjust the performance of all five of their engines at once via a user-friendly app, without needing to be on site.

EDL Mucking houses five operational engines: four 1.2 MW Deutz TCG620-V16 models and a Caterpillar 3516. Four engines are in constant use, with one acting as a reserve. In Spring 2021, we were commissioned to upgrade four of the engines’ control panels to intelligent, open-access Motortech versions, as well as replace the ignition systems (one engine had been upgraded previously). As part of the project we also agreed to supply a supervisory common control platform to streamline the management of all five engines.

Having worked with EDL on several projects – including upgrading the vandalised control panels at their Wellingborough site at the start of the pandemic – we were keen to optimise their engine management. We knew that our common control platform would not only ease staffing pressures by reducing manual intervention but also increase gas production.

EDL strives to use 100% of the gas available at Mucking but because of reliance on manual engine control this was not always possible. Dave Dickson said: “Before the common control platform was installed, we would regularly assess the suction limit – this is the volume of gas that’s available at any given time and is based on external factors such as atmospheric pressure; for example, during times of low pressure, gas availability increases. We would then manually adjust each engine’s load to meet the suction limit before repeating the process a few hours later, including throughout the night. However, this reactive response meant there was inevitably a lag in gas uptake; production was not being optimised, as the full amount of available gas was not always able to be utilised.”

Since automating the process via the Motortech common control panel, this lag in gas uptake has been eliminated. “Now, we set the parameters of the supervisory panel installed by Gen-C according to the suction limit and it automatically adjusts the engines’ load to match it in real time,” said Dave. “As there is no lag, gas production is optimised, with no under-utilisation. It enables a more agile use of our engine assets – the system reads how many engines are running, and at what capacity, and detects whether they need to flex up or down to match gas availability. It can stop or start individual engines as needed, and even bring the reserve engine online within just 15 minutes if necessary.”

As well as managing the full suite of engines, the supervisory platform can also isolate and control individual machines: one engine can be set to act as a reserve or run to a maximum capacity of 80%, for example; one or more engines can be given priority over the others; and engines can be brought in and out of service as required. If needed, a member of the team can even dial in remotely to access the panel or override it; something they would have previously needed to be on site to do.

This precision control is not only essential for maximising gas production but also for protecting the gas field and the engines. Extracting too much gas can result in negative pressure, potentially pulling through siloxanes and impurities that can cause an imbalance and risk harming the engines. It can also damage the field, possibly igniting a fire and burning the valuable gas, as well as posing a risk to people and property. Equally, if too little gas is being extracted from the field, it can start to leach out. “These issues have been eliminated since the common control platform was installed,” confirms Dave.

There are other benefits, too. “Previously, if an engine shut down, we received an email alert prompting us to restart it manually,” outlines Dave. “If this happened at night, a member of staff would have to drive to site, find the cause of the fault, then physically restart the engine or activate the reserve. This sometimes incurred a delay of up to six or even eight hours, during which time the engine would be out of action and gas production would be reduced. Now, if any engine develops a fault, the common control panel automatically shuts it down and brings the spare online within just 15 minutes, meaning there is no great rush for personnel to attend site. An alarm list is automatically emailed to key staff informing them of the reason for the shut down; if it’s something simple like a fluctuation in gas quality, they can dial in remotely and restart the engine within minutes.”

With the supervisory control panel replacing manual intervention, EDL has been able to redeploy staff to more business-critical areas. “One of the key benefits of the system is that it doesn’t require a person to be physically present in the control room, as was the case previously,” says Dave. “The number of nuisance trips to restart engines has been dramatically reduced and the system is so user-friendly, even incorporating an app that we can access 24/7 to check engine performance remotely. Everything is visible on just one screen, so it’s easy to track what’s happening.”

This remote fingertip control has allowed EDL Mucking to become more personnel-efficient, freeing up staff to be used where they are most needed. This facility has proved invaluable in recent months, as social distancing and pandemic pressures have combined with a national labour squeeze to make efficient use of staff more important than ever for businesses across the UK.

In addition, the system comprises a data log that records engine activity and enables the EDL team to spot trends over time, helping them make informed decisions regarding operational improvements.

The Motortech common control panel takes continuous live data from all five engines on the site and makes forward-thinking, autonomous adjustments to ensure they are operating optimally. It’s not only a portal that talks to each engine; it is a fully autonomous power control platform that proactively manages the gas in the field and burns it through the assets on site in the most efficient way for the engines and the asset owner. Its flexibility means it can also be used to great effect at other power generation sites, such as for monitoring gas bag levels at anaerobic digestion plants.