Home >Can be replaced at the optimum time
ARTICLE

Can be replaced at the optimum time

Murrelektronik says predictive maintenance with its components frequently pays for itself the first time a machine failure is prevented. 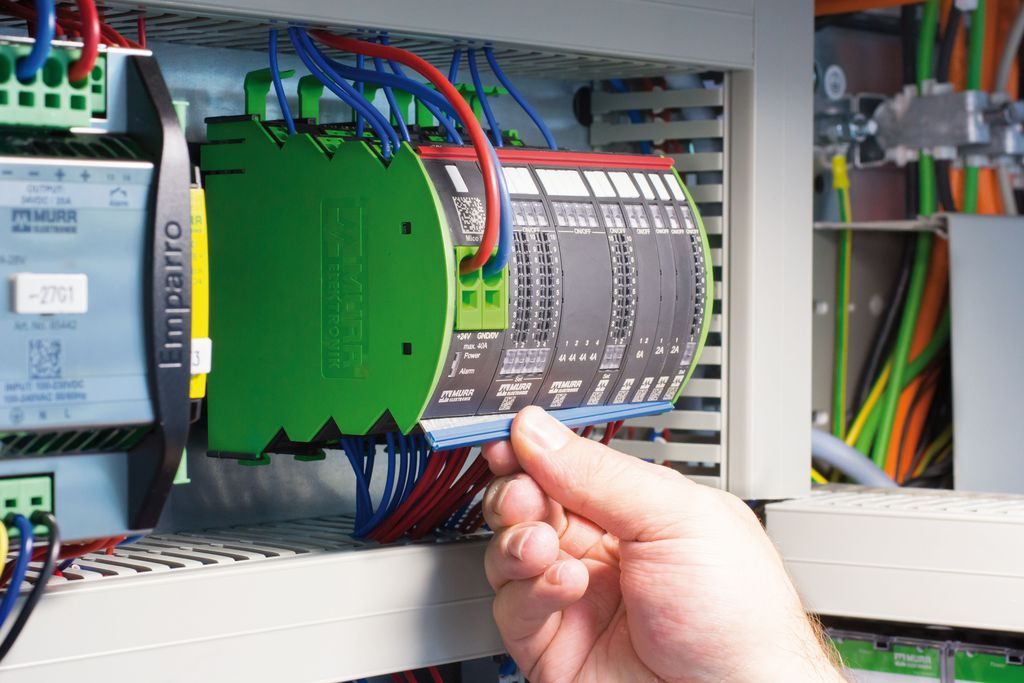 A significant factor in achieving cost-effectiveness with machines and systems is the ability to use the performance capability of components to the optimum, and for as long a period of operation as possible. The reason why Murrelektronik places such value on its power supply components is that they can be replaced at the optimum point in time, “as late as possible, as soon as necessary”.

Anyone who uses a component right up to the end risks unscheduled periods of machine downtime. A more defensive procedure involves replacing equipment components at an early stage. At a time when they are quite definitely still running. That can be well organized, but the disadvantage is that resources are wasted.

The concept of predictive maintenance aims to find the 'middle way' between these two clearly defined variants. It attempts to extend service life for as long as possible while at the same time not causing unscheduled machine downtime to occur - and it is therefore, at the end of the day, the most cost-effective way to utilize components.

One practical example is the Emparro67 Hybrid switching power supply component for use in industrial applications (protection class IP67). The device provides a vast array of diagnostic data that can be interrogated in a straightforward manner via in IO link interface. This device monitors current and voltage, overload, temperature, short circuits and the number of starts performed. In this way, it makes a forecast of its remaining service life.

The Emparro 3~ 40A switching power supply component also monitors data such as temperature, the number of starts performed, utilization and the service life of components. Whenever a limit value is exceeded, the device using a signal contact to report a warning. This in turn means that a replacement can be scheduled for the next service interval.

Another interesting solution is the Emparro ACCUcontrol UPS (uninterrupted power supply) module that assures an uninterruptible power supply (and is therefore a predictive maintenance device). It is integrated in particularly sensitive machine and equipment installations and it keeps machines and processes running in the event of an electrical power failure. This module monitors the connected lead batteries to ensure that they are functioning, also checking their remaining run time, while also coordinating a structured recharging process whenever the charge level drops below a defined limit. This charging operation is temperature-guided to achieve the maximum length of battery service life. Nor is that all: The information can all be read out via a signal contact or via a USB port.

In the components named up until this point, the preventive diagnosis function serves primarily for self-checking. However, the Mico Pro intelligent current monitoring system now directs its attention at the consumers in a machine and equipment installation. Mico Pro monitors individual channels and causes an LED to light up (as well as signal via an output) whenever more than 90 percent of the load defined for this channel is being taken up. This makes it possible to intervene in processes before a fuse trips and shuts them down. Classic areas of application are 'creeping processes', e.g. because the demand for current rises from motors or valves while they are in operation.

With its products, Murrelektronik places great emphasis on predictive maintenance. Quite simply because this aligns well with the trend towards 100 percent process reliability. System failures will reduce in frequency, or they will be remedied quickly. In many cases the amounts of money invested in predictive maintenance measures pay for themselves when the first downtime period is prevented. Companies that develop an awareness of this approach increase their competitiveness and they can also pass on the benefits to their customers. In particular, companies running processes where any downtime incurs high costs or, in the worst-case scenario, may even cause hazards to arise, are very open to innovations of this kind. The trend among mechanical engineering companies not only to sell machines and equipment but also to assure their availability through tailored finance models will continue to raise awareness for this topic.