A RESEARCH study has been carried out in an aerospace machine workshop to understand why machinists rely on compressed air for cleaning work and whether increased awareness of health and safety risks would result in them adopting different cleaning methods if these were suitable and safer? Claire Bailey reports on the findings. 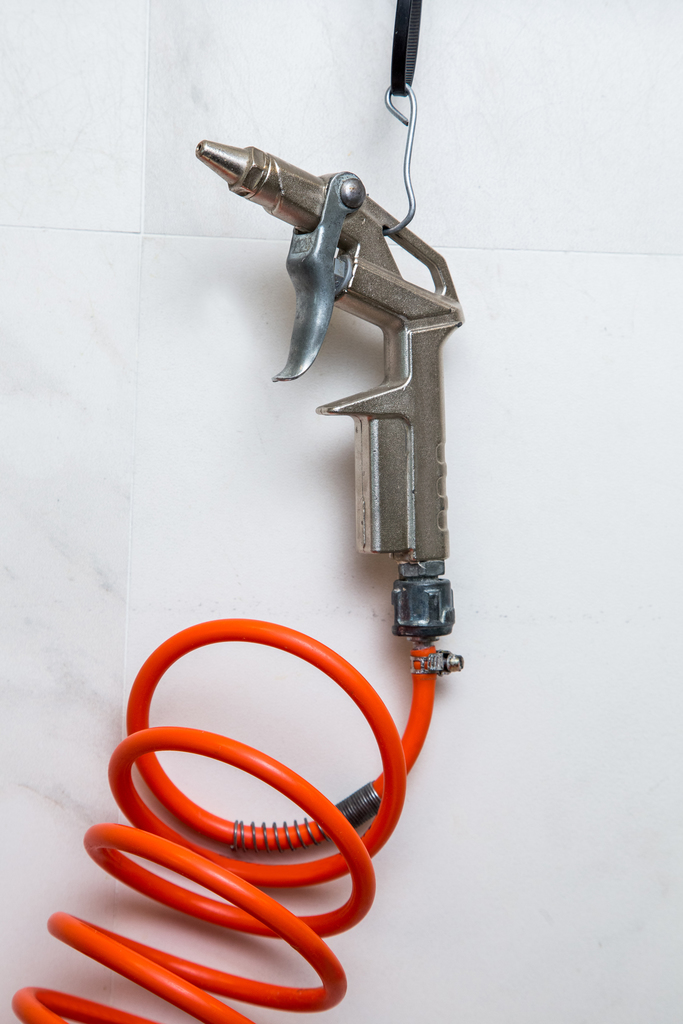 Machinists are at risk of developing occupational skin and lung disease from exposure to metalworking fluids (MWF). The risk of inhaling small droplets of MWF is raised during high speed machining and when using compressed air guns to clean machined components and cutting machines. The Health and Safety Executive (HSE) in 2011 published research showing that operating compressed air guns above 15.0psi released large numbers of MWF droplets small enough to be inhaled, including larger droplets depositing on an operator's upper body and face (Scaife et al, 2011).

HSE expects workplaces to reduce their reliance on compressed air guns and to consider suitable alternatives (see ‘Metalworking Fluids’ section of HSE’s website and 'Are you wasting your money and exposing your employees?' Compressed Air Matters, Issue 56, pg16).

A research study was conducted in an aerospace machine workshop. Some 30 employees participated in focus groups, or interviews with shop floor managers. Apprentices, 'new starters', and experienced machinists discussed questions about their use of compressed air guns, perceptions of health and safety risks, and their willingness to consider alternative methods of cleaning. Personal, social, professional and organisational influences on their attitudes, were analysed to identify intentions and behaviours according to the 'Theory of Interpersonal Behaviour' (Triandis, 1977).

Why use compressed air guns?

Risk of exposure to MWF mist?

The apprentices recognised that they could be exposed whilst using compressed air guns, and some modified their behaviour, e.g., looking away when using them. They were more aware of the safety risks due to the training they received when attending local colleges, but less aware of the health risks. In contrast, experienced machinists were more likely to be sceptical about the risks posed to their health, and accepted any risk as part of the job. Managers were aware of the risks; but considered the use of compressed air guns only part of managing the overall exposure to MWF, which includes emissions from cutting and grinding machines.

When the study participants were shown photographs showing clouds of MWF mist released when compressed air guns are used, some participants changed their stance. For example, some apprentices admitted holding their breath when using a compressed air gun, and an experienced machinist then agreed they could present an exposure risk.

Use of alternative cleaning methods

The apprentices were most willing to consider using new methods, but said they lacked the expertise and confidence to suggest their views to experienced machinists. Whereas, the experienced machinists were the most sceptical that other cleaning methods were viable alternatives, preferring the simplicity and effectiveness of compressed air.

Interestingly, 'new starters' who had experience of using alternative methods from previous employment had suggested alternatives, but their suggestions had not been adopted.

The managers' greatest concern was that alternative cleaning equipment is often bulkier, more expensive, and could introduce new health and safety concerns. Whereas, compressed air guns can be located at every workstation and their use increases productivity.

All participants were concerned that alternative cleaning methods may damage the quality of cutting equipment, machined components, and their business reputation.

Overall while apprentices and ‘new starters’ were willing to consider alternative cleaning methods the use of compressed air guns was considered best practise. This was endorsed and encouraged by the experienced machinists. However, they and the managers were willing to consider improvements to the design and operation of air guns to reduce exposure risks. Experienced machinists and managers stated that more evidence on the effectiveness of alternatives was required before adopting new methods. They also considered the use of compressed air guns only part of a larger air quality management problem.

• Machinists preference for using compressed air guns is grounded in concerns about machining quality and risks to business reputation. Introducing alternative cleaning methods should take into account these concerns.

Are you wasting your money AND exposing your employees? Compressed Air Matters Issue 56, pg16: www.hse.gov.uk/metalworking/index.htm

The abstract and the work it describes were funded by the Health and Safety Executive (HSE). Its contents, including any opinions and/or conclusions expressed, are those of the author alone and do not necessarily reflect HSE policy.