Drives have been a key technology for industrial engineers for many years. However, Matt Handley of Mitsubishi Electric, thinks they can be underappreciated. Here he highlights just a few of the interesting facts about them 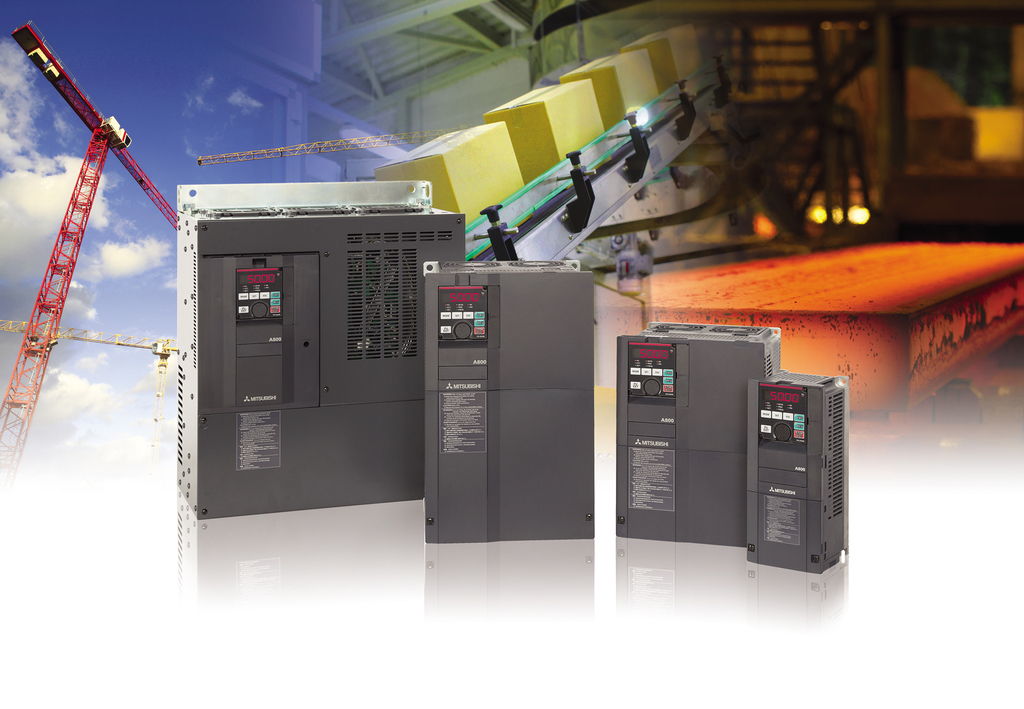 •  Drives save energy – especially on variable torque loads such as fresh water pumps or cooling fans. On these load types, affinity laws describe the relationship between speed and other variables. The power-speed relationship is also referred to as the 'cube law'. Controlling the flow by reducing the speed means that for a 20% reduction in speed up to 50% of the energy can be saved. Modern drives feature energy optimisation functions, automatically adjusting on the fly to maximise energy savings. Often the biggest saving comes if a drive can be used to stop a motor altogether or reduce its speed to a very slow idle over a large part of its duty cycle.

•  Pumps are often run at full speed, with the flow being controlled using a mechanical restrictor valve. It is more energy efficient to fit a drive and vary the pump's speed. In recent years HVAC engineers have started fitting drives to their many pumps and fans, with most achieving significant energy savings immediately.

•  Drives can be set up to run automatic profiles. For instance, you may want a centrifuge to start slowly and accelerate gently to a first set speed, then quickly ramp up to full speed and hold this for a set time before decelerating fairly quickly to a very slow speed (which assists the tipping out of the contents), then finally stop altogether.

•  The example above is a time-based motion profile, but speed changes can also be implemented with other signals, such as a load change, a moving object breaking a light beam, a temperature variation or a safety alert.

•  Motors, their gearboxes and the equipment they are driving can be subjected to shock loads on start up. A drive can provide a soft starting solution, which ensures for example, a heavily loaded conveyor or a mixer in a viscous liquid comes up to speed relatively slowly. (The term 'relatively slowly' can cover a range from from a fraction of a second to several minutes, depending on application).

•  Drives can start loads that are already spinning, even in the wrong direction.

•  Drives benefit from tuning after installation. The best are regularly retuned and this is usually done automatically during normal operations.

•  If used with a feedback device such as an encoder, a drive can often perform at a level of precision that rivals servos.

•  In energy saving applications ROI on the purchase of a drive can be just 6 to 24 months. The expected life of a drive is over 10 years, so substantial lifetime cost savings are achievable.

•  As a carbon reducing technology, Enhanced Capital Allowances are available on drives. For details see http://www.carbontrust.com

•  Drives can work in a standalone mode but also have high level communications capabilities, so are suitable for use in automated systems, computer integrated manufacturing, machine-to-machine communications, and Industry 4.0 installations.

•  The high speed lifts used to service the upper floors of skyscrapers use finely tuned drives to accelerate the cars to a great speed, then slow them down and park them precisely at floor level, while giving passengers a smooth ride.

•  A drive can temporarily run a motor at above its rated power. This means motors can be sized for normal duties, rather than oversized to cope with possible but rare overloads. This can lead to significant energy savings. Up to 95% of motors installed today may be oversized.

•  Total global energy saving potential of drives in use today is reckoned to be 500TWh.

•  The power circuits in a large drive generate considerable amounts of heat as a by product. Increasingly this is being captured via a heat exchanger and put to work, say preheating water for hand washing.

•  The biggest drive in the world is probably one used in a giant wind tunnel built by NASA to test space vehicles and capable of running at transonic speeds.

•  Some of the world's biggest installations of drives are theme parks, which use drives in rides, water pumps, ventilation fans, animatronics, travelators, escalators, car park barriers and security gates.

•  Drives are embedded into HVAC units around the world. They are also vital components in electric vehicles and photovoltaic systems where they work to convert DC current to AC.

•  Drives can be installed directly at the motor due to high IP enclosures, providing an easy retrofit solution.

•  Drives can be run backwards to act as energy generators. This technique is likely to become more common as a regenerative energy saving technique.