The HM 10 crimper, now called the S 7, has been part of the line-up of UNIFLEX products since 1972. Featuring slide bearing technology, the S 7 is said to have many advantages for today's hose workshops. 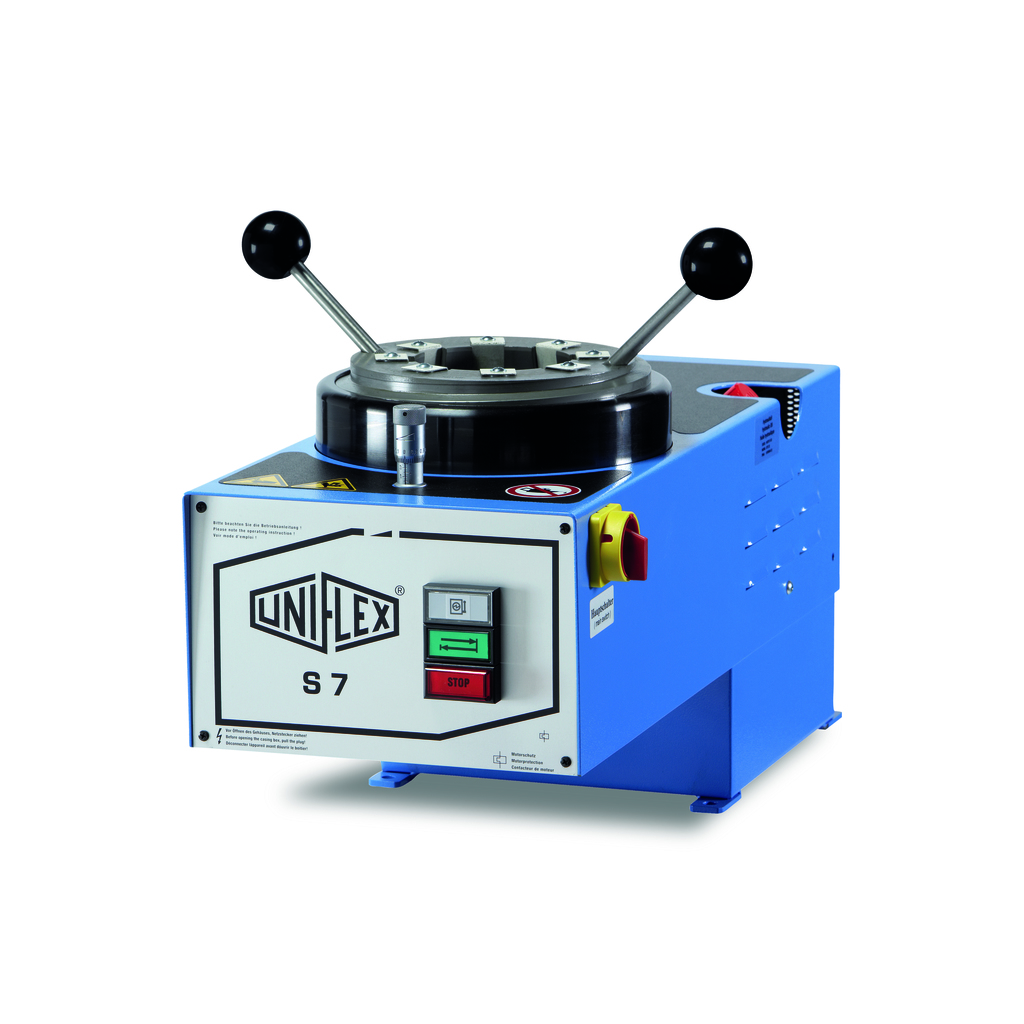 Commonly called the Mickey Mouse crimper due to the appearance of its dual handles, it weighs 90kg and has a crimp force of 240t, making it a powerful lightweight unit suitable for mobile applications.

With its new turn plate support (Part n° 265.2), the S 7 increases work space and can be stored easily.

Requiring only 0.75kW, the crimper is also environment friendly.